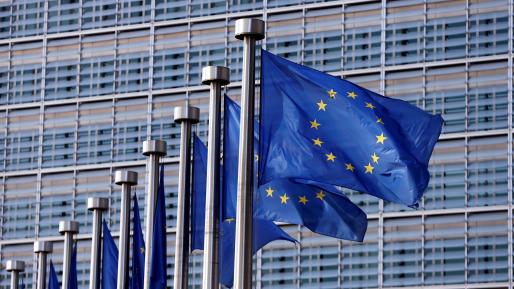 To: The European Commission Executive Vice-President for a Europe fit for the Digital Age and Commissioner for Competition

Background: Current technological innovation has driven Europe and the United States to rely on online platforms for intermediating commercial transactions. That trend is in turn spreading the application of artificial intelligence and machine learning algorithms, and greatly increasing the value of big data accumulation. As a result, it is crucial that EU competition authorities focus on their core mission to combat market distortions in the digital, data, and state-linked entities realms. The threat of autocratic economic power from digital corporations is Europe-wide, and, in fact, international, and must be addressed with that scope in mind. The European Union is leading in terms of action and thinking when it comes to regulating the digital economy. The United States and other advanced economies should be encouraged to emulate and catch up rather than to see Europe's digital regulatory action as a threat.

The pandemic lockdowns have promoted the online business model of digital platforms. COVID-19 has consequently accelerated the already high corporate concentration in many digitized sectors, further raising concerns that these large incumbent firms exploit their privileged position to the detriment of other suppliers. In response, the European Commission recently published its new Digital Markets Act (DMA), identifying large online platforms as “gatekeepers” and subjecting them to obligations and prohibitions aimed at ensuring a level playing field between them and the many third parties relying on their platforms. The DMA comes with biting enforcement powers, including as a last resort the breakup of a gatekeeper firm. The Commission has tasked itself with enforcing the DMA and must do so in a timely and vigilant manner. Suspected abuse of dominant positions should be preemptively sanctioned to avoid market facts on the ground becoming settled ahead of binding conclusions reached only after lengthy judicial review processes. Given that US federal and state governments, as well as US congressional committees, have recently launched similar investigations of gatekeeper firms, a preference, though no requirement, exists for the European Commission to implement the DMA in a collaborative way with the incoming Biden administration.

Digital platforms have privileged access to large amounts of harvested data on consumers’ behavior in the digital marketplace, their physical movements, and other personal preference information. This uneven access to big data is a growing market distortion.

The European Commission should ensure that big data datasets above a certain threshold size[1] are made available as anonymized data to the public, including to competing firms. The collecting digital platform should have only a limited time window of exclusivity. Recent EU proposals to facilitate “voluntary data sharing” are unlikely to suffice. The value of big data datasets to digital collectors should be temporary, in the same way that time-limited patent protections are, trading off the private benefits of incentivizing collection and innovation against the public interest in wide access to the information collected (and made subject to scrutiny).

Implementing similar mandatory data sharing practices must also be extended beyond the currently dominant digital platforms, as the rollout of 5G broadband cellular networks and the Internet of Things will expedite the collection of valuable big data datasets across all economic sectors. This prospect highlights the fact that mandatory data sharing is not aimed exclusively at successful US digital platform businesses. Therefore, Europe should offer to collaborate with US regulators, encouraging US oversight and regulation in a European direction. This cooperative approach is in the EU’s interest and preferable to the delayed or diminished adoption of nascent US federal regulation on data harvesting. The goal should be to avoid feeding industry claims that this effort is about creating European national champions when it is actually about competition and public access.

PRIORITY 3: Address competitive distortions from Chinese and other state-subsidized FDI and tender bids

The European Commission should implement state aid regulations compelling inward investors relying on state-linked financial resources to a priori prove that they do not enjoy a distortive nonmarket financial benefit. Failure to do so should result in acquisitions or tender bids being blocked. This initiative should be pursued with the goal of a multilateral solution within the World Trade Organization (WTO), and rapid cooperation with the United States and other allies on a plurilateral approach should be the immediate next step towards that goal.

PRIORITY 4: Refocus the priorities for the Directorate-General for Competition and the Commissioners’ Group on a Europe Fit for the Digital Age

The Executive Vice-President for a Europe fit for the Digital Age should accept that completing long-term “legacy projects,” like the Single Market in Services or rooting out excessive state aid in the EU banking sector, are now of secondary importance to digital-related competition issues. The Vice-President should further refrain from thrusting the Directorate-General for Competition into domestic tax and industrial policy matters. These are truly legacy issues that have little to do with the future development of the European economy as compared to the rapidly evolving transnational digital issues. The legacy issues remain a political time-sink for little gain. Thus, the Vice-President should specifically desist from the following activities:

1. The threshold for “importance” of a big data dataset will depend on the sector. There is likely to be an overall simple size threshold beyond a certain level of terabytes of data, consumers or consumer transactions included, at which eventual dissemination is in the public interest. However, big data datasets specific to some sectors or particular market segments might be smaller but cover a far larger share of recent relevant transactions. Hence the well-known competition policy issue of determining what the relevant market is for legal analysis will resurface in this type of data sharing mechanism. It seems likely that case law will be important in settling the relevant data share or intensity for eventual public dissemination over time.