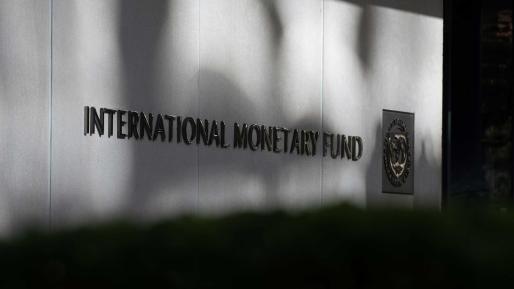 The IMF should suspend interest rate surcharges on debt-burdened countries

With interest rates cycling upwards, past experience tells us that emerging markets and other stressed borrowers will face borrowing rates that increase much more than wholesale rates in financially sound advanced economies. Fear of default in emerging markets can also be self-fulfilling if lenders charge high-risk premia.

To help avoid this trap, the International Monetary Fund (IMF/Fund) needs to take the lead in protecting debt sustainability by reassessing its policy on interest surcharges for the large borrowings that are likely to be needed post pandemic.

In early January, a group of progressive Democrats in the US Congress called on US Treasury Secretary Janet Yellen to end the surcharge policy. They said the surcharge "discourages public health investment by developing countries" and threatens global economic recovery. But the Treasury has reiterated its support for the surcharge, saying it is necessary to protect the IMF's "financial integrity."

With interest rates still low, most countries have found it easy to service the debts they have accumulated. Fiscal debt service in middle-income emerging-market economies has been running at only about 2 percent of GDP.

And the G20's Debt Service Suspension Initiative, which ran until December 2021, bought time for many low-income countries.

But there are now many countries with debt levels so high that an increase in interest rates well within historic ranges could tip them toward unsustainable debt burdens, with potentially painful consequences.

The half dozen cases of debt default in the past couple of years may be a harbinger of worse problems. Indeed, some three dozen countries are on the World Bank's list of those at high risk of debt distress. About 40 countries have government debt ratios in excess of 100 percent of GDP, including a dozen advanced economies. Even ignoring smaller countries (with populations below five million), we still find more than 20 emerging or developing economies with a ratio in excess of 80 percent.

Some of these cases will not be fully resolved without a debt write-down—something that typically takes years to negotiate, with the delay resulting in sizable output losses.

Other cases may depend for their survival on investor confidence or be doomed if no sizable default premium is demanded by lenders. Alas, because of the pandemic combination of low interest rates and rapid debt accumulation, the ingredients are present for a slide into self-fulfilling pessimism whereby a growing default risk premium tips a country right into the default that both lenders and borrowers would like to avoid. Indeed, anticipating such a self-fulfilling expectations trap, canny investors are likely to withdraw, shutting off the country's access to international finance.[1]

Countries facing such a risk will seek IMF assistance. The Fund can leverage a return of private financing to countries whose debt is potentially sustainable by approving a credible recovery program. It can also be an important catalyst in organizing debt restructurings or standstills. But the more heavily indebted a country is to a preferred creditor like the IMF, the more junior creditors have to fear from a debt restructuring.

Ironically, though, the Fund itself builds in interest rate penalties for large or prolonged borrowings from the financial facilities offered to stressed middle-income countries. In interest-sensitive high debt situations, these surcharges work against debt sustainability, especially if the IMF interest charge becomes the reference base for the cost of cofinancing from other creditors.[2]

The level of borrowing triggering IMF surcharges depends on the borrowing member country's "quota." The surcharges can become high for large borrowings, especially if they are prolonged beyond three years. In practice, a surcharge of 2 percent is applied to borrowings of more than about twice (actually 187.5 percent) of quota. One additional percentage point is added when borrowing has been ongoing for more than three years.[3] With the basic special drawing right (SDR) rate of charge currently at just over 1 percent, these surcharges bring the total rate of charge to 4 percent per annum.

Of course, the surcharges are there for a reason, notably to discourage countries from becoming over-reliant on Fund assistance and to help ensure that its revolving resources are available for all the new cases. Surcharges do incentivize early repayment and a return to borrowing from the private sector.[4]

The IMF has been looking at other ways of addressing pandemic-related over-indebtedness. For example, it has a facility for granting debt relief to low-income countries in debt distress. It has been examining the potential role of state-contingent debt instruments.

In order to avoid the self-fulfilling pessimism that could result in a disruptive default, other lenders too will likely need to accept lower refinancing rates. It would be easier for the IMF to nudge the other lenders in this direction if it, too, is charging lower rates. Even if such a reduction were only temporary, it could ease a likely post-pandemic debt crisis.

The IMF can afford to do this. True, surcharges have contributed a sizable portion of its income in recent years. But even without surcharges, it would still have a net income of $600 million in the last fiscal year and be on target for even more this year.

Unilateral action by the Fund would not fully remove the threat of costly and disruptive debt restructurings, but it would help directly and encourage action by other creditors, public and private.

Prompted by the G20, the IMF executive board recently discussed the issue of surcharges but only hinted at an "appropriately-timed, more holistic review of surcharge policies." Now would seem to be an appropriate time to act.

1. The shorter the debt maturity (or the more frequent the adjustment of coupon), the sooner debt servicing costs are impacted by rising rates. Average time to reset interest in local debt for emerging markets in early 2021 was less than four years (IMF 2021).

2. In the euro area crisis, cofinancing of the IMF advances to Greece, Ireland, and Portugal by official European funds were priced at first to include the same surcharge-augmented yield. Realizing that was threatening the borrowers' debt sustainability, the European funds brought the lending rates right down after a matter of months.

3. The number of countries paying surcharges in recent years has tended to be in the low teens. In fact, April 2021 saw 13 countries whose borrowings were in excess of the threshold, with Argentina, Ecuador, and Egypt having the largest borrowings relative to quota.

4. The two criteria considered by the Fund in its 2016 review of surcharge were that they should remove neither the incentive to seek early assistance nor the incentive to repay early if market conditions improve. Even with surcharges, the median cost of borrowing from the IMF by surcharge-affected members has typically been below market cost (IMF 2016, figure 7).