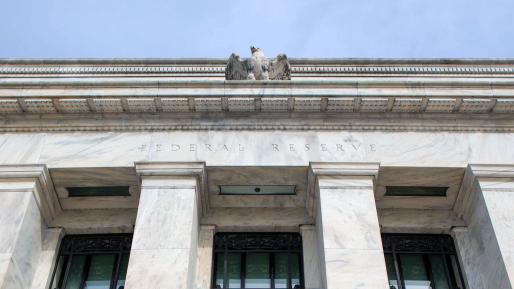 Why we disagree with Governor Chris Waller and Andrew Figura

In a lengthy FEDS Note, “What does the Beveridge curve tell us about the likelihood of a soft landing?,” published July 29, Governor Chris Waller and Fed associate director Andrew Figura challenge the conclusions of our PIIE Policy Brief, “Bad news for the Fed from the Beveridge space.” We looked at their note with interest, in the hope of being educated on a more optimistic view of the American economy’s soft landing prospect. Unfortunately, our judgment is that it contains misleading conclusions, errors, and factual mistakes.

We find it entirely unconvincing as support for the “soft landing” idea—pushed mostly recently by Fed chair Jerome Powell in his July press conference—that vacancies can decline substantially taking pressure off inflation without driving unemployment way up. Rather the data support our conclusion that vacancies are very unlikely to normalize without a major increase in unemployment.

Governor Waller and Figura are correct in arguing on a priori grounds that the Beveridge curve is convex, as we indeed illustrate in figure 2 of our paper. The straightforward implication is that, moving along the curve, the higher the initial position on the curve, the smaller the increase in unemployment for a given decrease in vacancies. Given that the level of vacancies is currently exceptionally high, the issue of convexity of the curve is important to resolve empirically.

Rather than addressing the issue empirically, Governor Waller and Figura use a theoretical model to conclude that the slope is three times steeper at the current vacancy rate than at the average vacancy rate (this is an implication of the comparison between the numbers in their table 1 and table 2). For the purpose of evaluating the current US economic situation the issue is empirical: Do declines in vacancies involve less increases in unemployment when the initial vacancy rate is high?

The answer is given in the figure below (produced earlier by PIIE based on our paper), which shows the evolution of vacancies and unemployment after a peak in vacancies, for the various episodes since the 1950s. There is no evidence that the slope of the adjustment is steeper with higher initial vacancies or lower initial unemployment. In the historical case most similar to today (Q1 1969 when the vacancy rate was above 5 percent and the unemployment rate was below 4 percent), the slope of the adjustment was -0.7 (compared with Governor Waller and Figura’s table 1 estimates, which imply a slope between -3.1 and -4.1). The interpretation is that, while the Beveridge curve is as a matter of theory convex, convexity is minimal and does not lead to dramatic changes in the slope. Given that the current vacancy rate is outside of historical experience, anything is obviously possible. But based on the evidence, we see no reason to change our conclusions.

Turning to other aspects of their paper, the authors make assertions that reflect an inaccurate reading of our paper’s exposition of the standard matching model.

The authors  claim that we do not have separations in the model. Not having separations would indeed make no sense, and we make no such mistake. In the basic presentation (where we ignore dynamics and loops) and compare different points on the Beveridge curve, hires are equal to separations at all points, and thus we use the same symbol for both.

The authors argue that our relation between the unemployment rate and the ratio of vacancies to unemployment is different from theirs. This is not the case. The two formulas are equivalent, and the difference comes from a different definition of the hiring rate. We define, for convenience, the hiring (or the separation) rate as a ratio of gross flows to the labor force. They define the hiring (or the separation) rate as the ratio of hires to employment, thus leading to an extra term in the relation.

Points along the Beveridge curve differ in the ratio of vacancies to unemployment, but each one is such that hires are equal to separations. Movements from one point to another, say moving down the curve, must be associated with a temporary excess in separations relative to hires, until the two are again equal (this is what creates the Beveridge loops). Presumably with this in mind, the authors look at the effects of an increase in separations of 10 percent, 20 percent, and 50 percent. They argue that, during the global financial crisis, from 2007 to 2009, separations increased by 50 percent; it is easy to check that, in fact, separations decreased during that period by 22 percent. (This may seem surprising, given the large decrease in employment. It reflects the fact that quits decreased more than layoffs increased during that period.)

This has been a difficult period for the American economy and the Federal Reserve System as inflation has run far above Fed projections for the past 18 months. We understand the desire of senior officials to hold out the soft landing prospect of a return to target inflation without spiking unemployment. Yet this desire cannot justify flawed analysis or incorrect criticism of serious work on the issue.

Historically, the US unemployment rate has increased when the vacancy rate fell. This time will likely be the same.