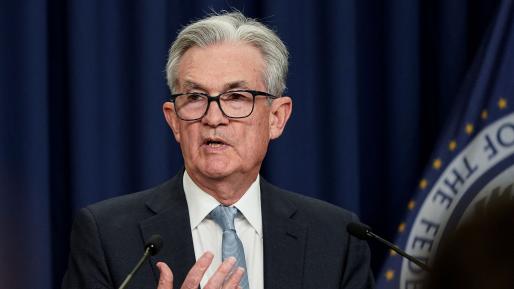 The Fed tries to get ahead of inflation

The announcement by the Federal Open Market Committee (FOMC or Fed) that it is likely to raise the federal funds rate to nearly 4 percent next year effectively acknowledges that some rise in unemployment will be needed to get inflation down. That amounts to a step toward reality. But it is likely that either unemployment will have to rise above the Fed’s new projection of 4.1 percent in 2024, or it will take longer than two years to return inflation to the 2 percent target.

The Fed raised the funds rate by 0.75 percentage point, the largest policy rate increase since 1994. Perhaps more importantly, the Fed raised the projected peak of interest rates next year by a full percentage point to 3.8 percent, the highest since 2007. It also raised its projection of the unemployment rate in 2024 from 3.6 to 4.1 percent, while it continues to project a rapid fall in inflation to near the 2 percent target.

Until a few days before the meeting, market participants had been expecting only a 0.50 percentage point increase. But the June 10 release of both May consumer price index (CPI) data and the University of Michigan survey of households' long-term inflation expectations showed more persistent inflationary pressures than expected.

This late-breaking news reinforced indications that the Fed has been behind the curve in combating inflation. The news also prompted market participants to revise up their expectations for interest rate hikes this year as the Fed rushes to cool off the economy and bring inflation back to earth. The market was thus prepared for the Fed's announcement and indeed may have been relieved that the Fed did not project even higher interest rates, as bond yields fell and stocks rose immediately afterwards.

At his news conference, Fed chair Jerome Powell said, "We are not trying to induce a recession." But the odds of a recession in 2023 are rising because that is what it may take to control inflation. History shows that even small increases in the unemployment rate are usually signs of actual or imminent recession. The Fed hopes that past performance is not indicative of future results so that only a modest slowdown in economic growth—to just under 2 percent—will be sufficient to slay inflation quickly.