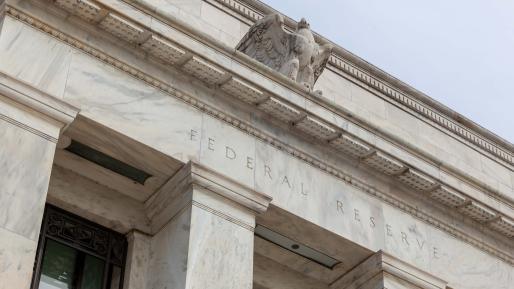 The Fed signals that it will taper soon

The Federal Open Market Committee (FOMC or Fed) signaled on September 22 that it will probably start to taper off its bond purchases soon because it believes the US economy is likely to continue to perform strongly despite the Delta wave of COVID-19 infections. Markets had expected the taper signal, but the "dot plot" of FOMC participants' expectations of future policy interest rates shifted up a tiny bit, and participants are now evenly divided as to whether the first rate hike will occur in 2022 or 2023. Short-term bond yields rose a small amount, but longer-term yields ticked down. In its revised economic projections, the FOMC continues to show a dramatic decline in inflation next year, with inflation remaining essentially flat at its 2 percent target over the next three years despite a strong economy with low unemployment and easy monetary policy.

In the press conference after the FOMC meeting, Fed Chair Jerome Powell said that some FOMC participants are ready to support the taper now and that he is "almost there." He indicated that one more solid monthly employment report would probably be enough for him to support a tapering announcement at the next meeting in early November. Powell said that bond purchases would likely end completely by the middle of next year. In response to a question, he said that the FOMC probably would not raise interest rates while it is still purchasing bonds and that if policy tightening is needed next year the FOMC would accelerate the taper before raising rates.

The changes to the FOMC projections are all consistent with economic news since the last projections were released in June. However, there remains an apparent inconsistency in the forecast as unemployment is projected to be below its long-run level for three years in a row and policy rates are projected to be below their long-run level, yet inflation ticks down a tiny amount. Normally, one would expect a strong economy with low unemployment and easy monetary policy to cause inflation to drift up.