Brazil's Adjustment: It's (not) Mostly Fiscal

Much has been said recently about the urgent need for fiscal adjustment in Brazil. Finance Minister Joaquim Levy conveyed this message during his trip to Washington in April, and President Dilma Rousseff began her second term in office in January by moving toward the removal of key price distortions that have plagued the economy for four years. The misallocation of resources resulting from price distortions has hampered productive investment and growth. Dismantling price controls and eliminating adverse price incentives will not be enough to restore growth, but the steps taken so far constitute a major policy shift.

Distortions have been introduced for many reasons. Chief among them was the use of price freezes to stem inflation. Fuel price controls, in effect for many decades, were strengthened following the steep rise in oil prices in the mid-2000s. Controls over electricity rates and transport tariffs were imposed in 2012 and 2013.

Between 2011 and 2013, the Central Bank of Brazil tried to reduce interest rates in response to weakening activity, bringing them down to 7.25 percent from 13 percent in early 2011. This was the lowest level of nominal interest rates in Brazil's recent monetary history. However, expansionary fiscal and credit policies underscored the unsustainability of low rates. As inflation expectations grew increasingly unhinged, monetary tightening became inevitable. In an attempt to avoid completely reverting the unprecedented reduction in nominal rates—then considered an achievement—the government resorted to outright price controls. This not only contributed to macroeconomic disarray but also led to a loss of monetary policy credibility.

Credit policies, notably subsidized lending by the state-owned development bank BNDES, were used to boost investment and growth, especially after economic activity lagged in 2012. Figure 1 below shows the evolution of BNDES lending as a share of GDP since 1997. Rapid expansion of BNDES' balance sheet shortly before the 2008 financial crisis was also undertaken to promote so-called "national champions"—large firms whose role in domestic and external markets was deemed strategic. After the financial crisis struck, lending by Brazil's public banks was mobilized to counter the external shock. These policies were temporarily reversed between 2011 and 2012 and reinstituted in 2013. Currently, BNDES alone accounts for some 30 percent of the Brazilian credit market, creating significant segmentation. 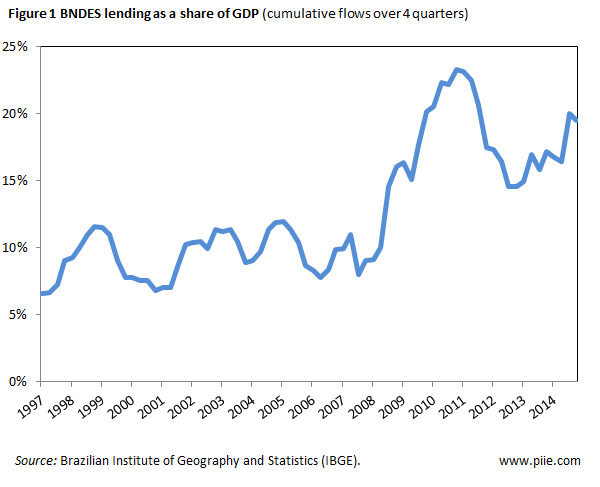 Table 1 summarizes some relevant distortions in place or introduced in the last four years. It shows that direct government intervention in price setting mechanisms has ranged from outright controls affecting items in the country's consumer price index (CPI) to nefarious protectionist measures such as the widespread use of local content requirements.1

Apart from local content requirements, which the government has no apparent intention of removing, all other distortions are being eliminated or scaled back by the current administration. Outright price controls have been abandoned (with the exception of fuel prices), leading to a 12-month inflationary spike of 14 percent in administered prices, which account for 25 percent of Brazilian CPI inflation. As a result, headline inflation has been 8.2 percent over the last 12 months, above the target ceiling of 6.5 percent (see figure 2). 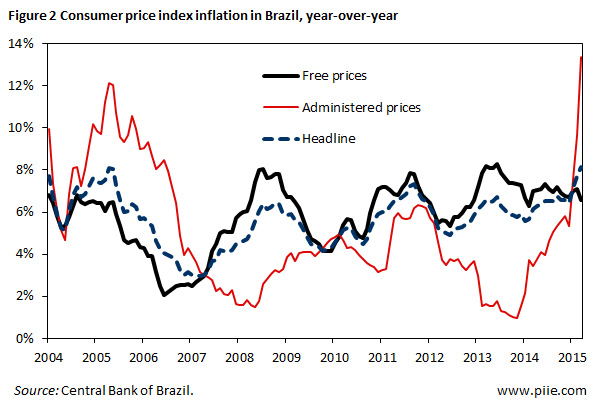 At the end of March, the central bank formally announced that it would scale back swap operations in foreign exchange markets, allowing the currency to float more freely. The country still maintains its idiosyncratic "TJLP," but credit market segmentation is about to improve.

In mid-April, the government reached agreement with BNDES and private sector financial institutions over new conditions for public lending. Firms rated AA or higher and able to access private capital markets will only be allowed to tap into the development bank's subsidized credit lines if they issue corporate bonds in tandem with their financing request. The duration would need to be at least two years, and the greater the issuance of bonds for a given project, the greater the access to TJLP lines, up to a maximum limit of 50 percent of total project financing needs. Importantly, Brazil's ten largest companies, which currently account for over 40 percent of BNDES lending, would now be subject to these conditions, inducing the emergence of a corporate bond market. Fostering deeper capital markets is a key requirement for reigniting growth in Brazil.

Over the last four years, Brazilian authorities have intervened in the markets to avoid the usual orthodox prescription in policymaking. The extent to which these measures were used, together with their intensity, sets Brazil apart from its emerging market peers: While most emerging economies were trying to maintain their policy frameworks intact in a challenging global environment—with the obvious exception of Argentina and Venezuela—Brazil experimented with measures that were doomed to fail. The country's current reform efforts, therefore, go beyond fiscal adjustment to include the urgent removal of price distortions without which the country would continue to be plagued by resource misallocation.

Restoring sustainable growth is no easy task, and more ambitious reforms are needed. But the removal of distortions is a welcome start.

Brazil: Too Many Hurdles after the Olympic Games