Japan is on track for its longest postwar economic expansion, with female labor force participation and corporate profits at record highs and unemployment at a 25-year low. All this good news has caused many observers to question whether the goal of raising inflation to 2 percent is really necessary. Why not settle for trend inflation between 0 and 1 percent, where it is now?[1] The answer is that the Bank of Japan (BOJ) has no room to maneuver when the next downturn arrives, as it surely will someday. Unless Japan returns inflation sustainably to 2 percent or more in the next few years, it will have difficulty emerging from the next recession.

In December 2012, Shinzo Abe became prime minister after pledging to conquer the deflation and stagnation that had plagued Japan for a generation. In April 2013, he installed a new BOJ governor, Haruhiko Kuroda, with a mandate to achieve and maintain inflation at 2 percent. The BOJ promptly began to buy record amounts of long-term bonds and pushed the 10-year government bond yield to around 0 percent. Yet, more than five years later, inflation still has not reached 2 percent. What went wrong?

For one thing, fiscal and monetary policy have been at cross purposes. According to the International Monetary Fund (IMF), Japan’s cyclically adjusted government budget deficit shrank from 7.4 percent of GDP in 2012 to a projected 3.6 percent in 2018, largely because a large consumption tax increase in 2014 overwhelmed an early temporary fiscal stimulus.[2]

Overall, however, things have gone mostly right. Easy monetary policy narrowed Japan’s output gap from ‑3.7 percent in 2012 to ‑0.3 percent in 2018. Moreover, the large influx of women into the labor force may have boosted Japan’s potential growth by 0.1 percentage point or more per year since 2013, making the BOJ’s progress in eliminating the output gap even more impressive. There is still room for more women and the long-term unemployed to get jobs.[3]

Monetary policy has achieved a lot over the past five years. Yet, to raise inflation, monetary policy must push output significantly above potential.[4] To get there, it is critical for the BOJ to keep policy as loose as possible. It would help greatly if any net tightening of the fiscal stance were made conditional on first achieving Abe’s inflation goals in a sustainable manner. A recent study by IMF economists shows that boosting growth and inflation are critical elements of any strategy to solve Japan’s long-run fiscal problems.

If the BOJ were to raise interest rates now, inflation would likely remain near zero. Any increase in interest rates beyond 1 or 2 percent would probably cause a recession. Even if rates around 1 or 2 percent were consistent with steady growth, the BOJ would have no room to maneuver in the event of a negative shock to the economy. By keeping rates near zero now to achieve its inflation goal of 2 percent, the BOJ will push the economy beyond its long-run potential for a few years, creating many more jobs and setting the conditions for nominal interest rates to eventually rise to 3 or 4 percent, which would give it greater room to fight any future downturn.[5]

Another reason to continue until inflation reaches 2 percent is to restore the damaged credibility of the BOJ. Central banks earn credibility by doing what they promise to do. The BOJ will gain credibility if it achieves its goal and lose credibility if it fails to do so. Having a credible inflation target can be immensely valuable in preventing a future descent into recession and deflation.

1. Headline inflation is currently above 1 percent owing to rising energy prices. However, core inflation (all items less fresh food and energy) is lower, at 0.4 percent (Statistics Bureau of Japan).

2. Data on the budget deficit, the output gap, and potential growth are from the IMF’s World Economic Outlook, October 2018.

3. More than 1 million women gained jobs since 2013. However, Japan's female labor force participation rate (aged 15–64) is about 10 percentage points lower than that of Sweden's (Organization for Economic Cooperation and Development Labor Force Statistics database). The tight labor market decreased the number of long-term jobless by half in the past six years, but there are still 0.5 million long-term unemployed people in Japan (Statistics Bureau of Japan Labor Force Survey).

4. One of us argued previously that the lack of inflationary pressure in Japan is not surprising, given that output and employment have only now reached potential and have not significantly exceeded potential yet.

5. In other words, interest rates move up one-for-one with inflation in the long run. It is the difference between the interest rate and the inflation rate, also known as the real rate of interest, that matters for economic activity. 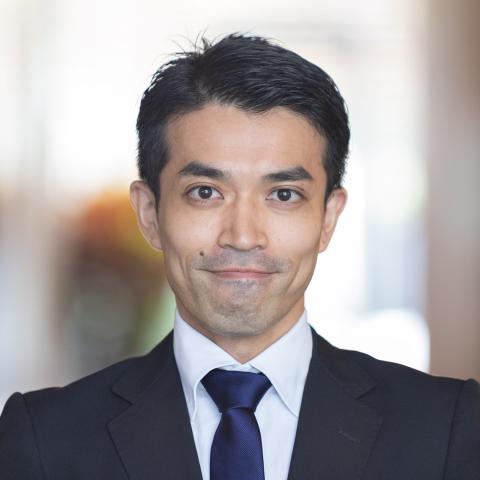 Getting Serious about Wage Inflation in Japan