Update on the fishermen tug of war

We didn’t expect North Korea to react this strongly to the news that 4 out of 31 North Korean fishermen, who inadvertently drifted into South Korean seas, wish to remain in South Korea. 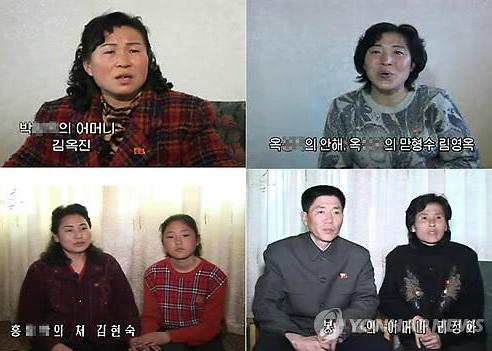 The latest card they brought out, uploading videos of the 4 to-be-defectors’ family members ranting about how the South Korean government is lying about the 4 people’s decision to “defect” and pleading for their return [1] [2] [3] [4], may remind you of your typical news clip in which parents of abductees plead to the unknown criminal to return their child safely (except that these North Korean family members all use the same expressions and sound extremely like they’re reading off of a script, perhaps under coercion). In fact, Uriminzokkiri, the main news outlet of North Korea, is entirely plastered with propaganda-like articles, cartoons, videos, and op-eds of how these 4 people were “abducted” by the South Koreans “who are worse than Somali pirates.”

This is North Korea we’re talking about here; it is probably safe to say that there will be no happy ending even if the “parents” were to reunite with their allegedly “abducted children.” The 4 fishermen will probably face interrogation and ensuing execution if they return, and family members will be sent to labor camps or executed whether the 4 fishermen return or not.

There is cause for concern for the other 27 fishermen as well. According to a Chosun Ilbo article [Korean],  returnees are initially used for propaganda (probably saying that they opted to come back to North Korea after seeing the miserable state of South Korea), but after that, are scrutinized their whole lives or are even sent to labor camps due to what they may have experienced in South Korea. A Joong Ang Ilbo article [Korean] stated that these fishermen were allowed to watch South Korean TV programs, read South Korean newspapers, and even had access to news of what’s unfolding in the Middle East. One is quoted to have said that Coke and Choco-pie (a popular Korean snack similar to Wagon Wheels) were the best things he had ever tasted. All this does not bode well for their fate upon return.

This has become an epitome of a “damned if you do, damned if you don’t” situation. Perhaps from now on, the South Korean government and media should consider keeping news of North Korean entries under cover for humanitarian purposes. Family members may very well be better off thinking that their loved ones died in the waters than facing the consequences of them defecting to South Korea.