STTB: Hungry, Corrupt, and Badly Governed (North Korea, not me) 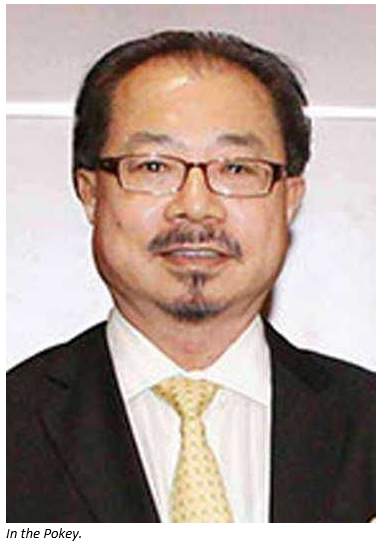 Slave to the Blog (STTB to the cognoscenti) is where we revisit previously discussed issues. Sadly, hunger, corruption, and bad governance are hardy perennials.

First, hunger. A lot of time and effort has been devoted to parsing North Korea’s food availability issue and how it might impact food security in the country. Earlier this month the FAO released a report forecasting that the grain harvest will be down around 15 percent this year, mainly due to unfavorable weather conditions. The headline gathered a lot of attention. However, this harvest level just puts North Korea back to the average level of the 2011-2013 period. Last year, not this year, was the anomaly. Welcome to the new normal.

In related news, my former employer KDI put out a study (in Korean) by Wee Hyeseung which uses nutritional and census data to contemplate the continuing reverberations of the famine. She concludes that the cohort born between 1994 and 2000, and hence just coming into adulthood, is likely to higher incidences of severe health conditions. In particular, the females of this cohort are entering childbearing years and are likely to have higher rates of problem pregnancies. The study concludes that humanitarian aid should be concentrated on malnutrition and the health of young mothers.

Remember Sam Pa? Like a villain straight out of a Bond movie, he was the interesting fellow with seven alias’ running guns in Africa and taxis in the DPRK. Well, no more. Tom Burgis at the Financial Times reports that Mr. Pa was arrested earlier this month in Beijing, an apparent victim of President Xi Jinping’s anti-corruption campaign. But the nature of justice in China being what it is, it’s hard to predict the final reel. He could get executed. Or he could get turned loose to resume his globe-trotting activities. Stay tuned.

Justice in China may be iffy, but that still seems to represent a step up from justice in North Korea. Voice of America reports that former United Nations commissioner of human rights Navi Pillay told a gathering in Seoul that human rights violations in North Korea are so egregious there is no parallel for such abuses in the modern world. The South African lawyer reportedly likened North Korea’s songbun system of formal political classifications to apartheid and demanded that the country terminate the system and release tens of thousands of political prisoners incarcerated without fair trials. One of the striking things that Steph Haggard and I discovered in our refugee surveys is that 88 percent of our respondents who had been detained by the police indicated that they had no formal legal proceedings at all.

Eunsun Kim’s A Thousand Miles to Freedom: My Escape from North Korea

Academic Sources: Hendrix and Haggard on Food Prices and Protest