Greg Scarlatoiu of the Committee for Human Rights in North Korea (HRNK) and Joseph Bermudez Jr. of AllSource Analysis, Inc. have issued a report claiming to show satellite evidence of the possible execution of multiple individuals by anti-aircraft machine gun fire (.pdf). The supposed execution took place sometime on or around October 17th, 2014 at a small arms firing range in the Kanggon Military Training Area about 22 km North of Pyongyang.

From the image, Scarlatoiu and Bermudez observed six ZPU-4 gun units positioned where troops conducting small arms training would usually occupy and a line of targets, presumably human beings, positioned about 30 meters downrange. A number of vehicles are also present, including five trucks, a large trailer, and one bus, suggesting “senior officers or VIPs may have come to observe whatever activity taking place.” A follow-up satellite image taken on October 16th reveals that both the anti-aircraft guns and the targets had been removed.

The report runs through a number of additional details emphasizing the peculiarity of the image, further suggesting we are witnessing a grisly execution. If true, the finding comports with a reported uptick in executions under Kim Jong Un’s rule. Yesterday, South Korea’s spy agency told lawmakers that Kim had already ordered the execution of 15 senior officials this year. Moreover, the cruel and gory choice of death by anti-aircraft machine gun fire is not a new notion: reports circulated in late 2013 that the method was used to execute Jang Song Thaek’s aides.

The satellite image below has been reproduced directly from the report. 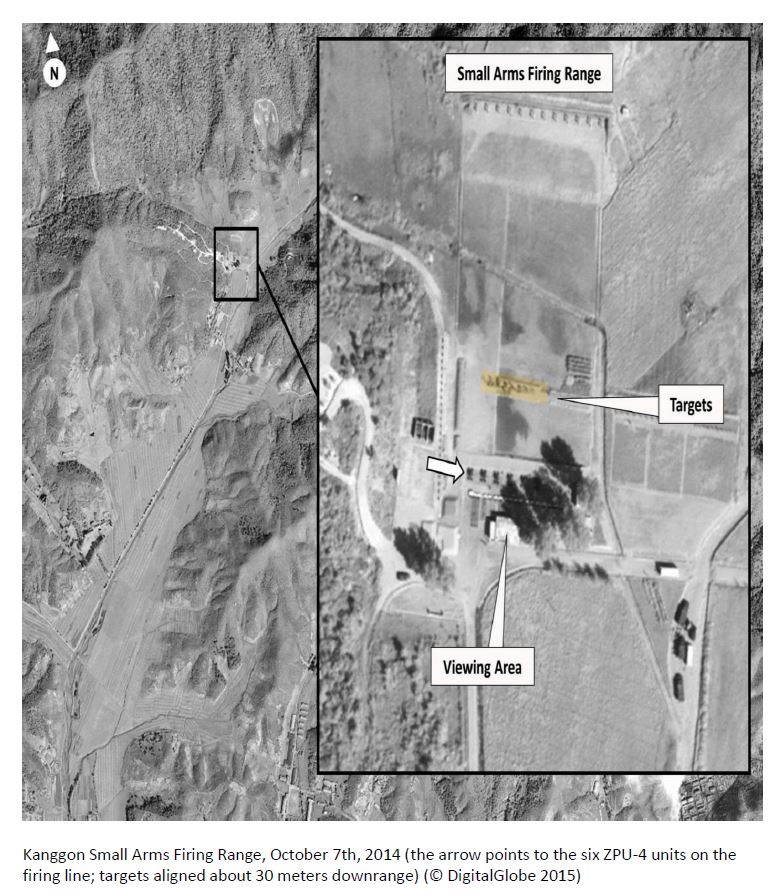 Disclosure Notice: Marcus Noland is a current member of the HRNK board.

State of Multilateral Governance in Times of Increasing Unilateralism