North Korean Adventures in the Horn of Africa

Two Dutch researchers, Joost Oliemans and Stijn Mitzer, recently wrote a highly informative piece, “North Korea and Ethiopia, Brothers in Arms,” on North Korea’s military cooperation with that African country. Yet the story is even more convoluted than described in their piece, the upshot being that US government has at times turned a blind eye toward North Korea arms sales, even when they have violated UN sanctions.

First, a bit of history. Historically, Ethiopia was a multi-ethnic, multi-religious empire dominated by an Amhara elite. (It’s not without reason that the title of the leader was “Emperor.”) In the nineteenth century scramble for Africa, Italy attempted to colonize the country, but was defeated in 1896 in the Battle of Adwa (or Adowa). Somewhat akin to the Battle of the Little Bighorn, a smaller force of "modern" invaders stumbled into a canyon and were then overwhelmed by the superior numbers of the local defenders. (See photo below; the basin where the Italians got trapped is between the ridge in the foreground and the peaks.) The surviving Italian forces retreated and were not pursued by the Ethiopians allowing them to retain a foothold in Eritrea. Twelve year old Italian schoolboy Benito Mussolini was so traumatized by the outcome of the Battle of Adwa that he swore when he was emperor, he would make the Ethiopians pay. 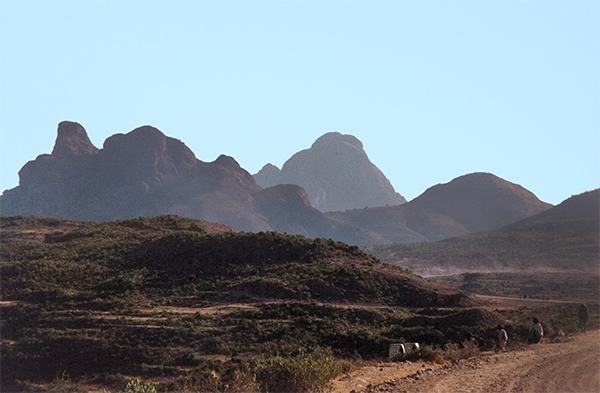 Fast forward to 1935. Payback time. From his Eritrean redoubt, Head of the Government of Italy and Duce of Fascism Benito Mussolini successfully invades Ethiopia. His counterpart, Emperor Haile Selassie, flees to Bath, England. In 1941, the British drive the Italians out of Ethiopia (my wife’s uncle participated in the Battle of Gondar as a member of the British West African colonial rifles before being sent off to Burma to fight the Japanese. But I digress.) When the war ended, it is not immediately clear what to do with the Italian colonies in Africa (somewhat akin to the situation on the Korean peninsula). Initially Eritrea is administered by the British, but Haile Selassie is successful in convincing the UN in 1951 to federate Eritrea with Ethiopia. (The Ethiopians had sent a sizeable contingent to the UN Forces fighting in Korea which helped.) In 1962 the international community acquiesced to Ethiopia’s formal annexation of the territory without much opposition.

This development suited the US just fine since the Emperor was our man and by dint of geography and technology Eritrea’s Hamasien plateau was perhaps the finest listening post in the world. From there one could listen in on transmissions from the Soviet Union, the Middle East, South Africa—you name it. The US proceeded to establish a massive listening post at Kagnew Station and in the context of the Cold War, as long as the Emperor left us alone, we didn’t care much about how he handled his business.

All good things come to an end, however, and in 1974 the army mutinied and a group of officers know as the Derg (or Dergue) deposed the Emperor, eventually executing him. This set in motion a reshuffling of the deck: Ethiopia, which had been pro-US flipped over to the Soviets and we lost our listening post; Somalia, which had been a Soviet client re-aligned with the US, and the Eritreans, who had been fighting the Ethiopians for independence since 1961, while not our friends, weren’t our enemies anymore either.

By the 1980s, the Eritrean insurrection was not going very well from the standpoint of the Derg. As described by Michela Wrong in her wonderful history of Eritrea, I Did Not Do It for You, KGB Major Yevgeny Sokurov, tasked with supervising the Ethiopian effort, quickly grasped that the demoralized Ethiopian troops were routinely surrendering their Eastern Bloc supplied equipment to the Eritreans who then turned the hardware back on the Ethiopians. In short, Major Sokurov needed politically reliable tank crews. You can guess where he turned.

Below: three tanks of unknown provenance (possibly Soviet, Eastern European, or North Korean, my personal tank advisor says he’d have to climb under them to figure out who exactly built them) displayed at the War Memory Square in Massawa. The tanks, surrendered by the Ethiopians, were used against them at the Battle of Massawa. 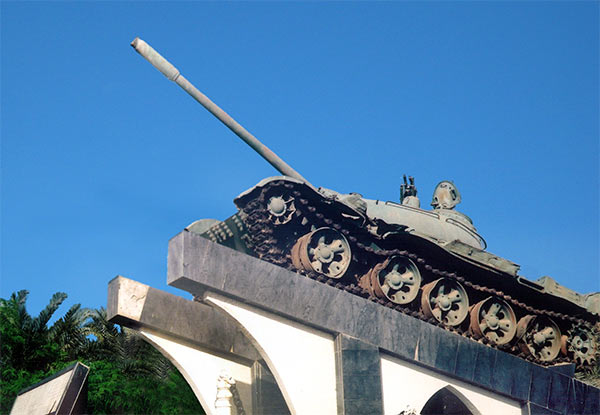 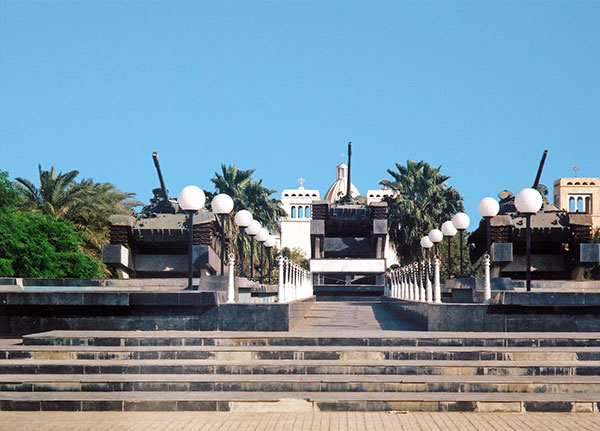 Even North Korean tank crews couldn’t turn the tide however, and 1991, the Eritreans and fellow Tigrinya-speakers from northern Ethiopia, the Tigray Peoples Liberation Front, marched into the Ethiopian capital of Addis Ababa. The Amhara empire, whether led by the Emperor or the Derg, had been overturned.

The newly installed TPLF government granted Eritrea its independence and in doing so turned Ethiopia into a landlocked country.  It improved relations with Washington. But Ethiopia and Eritrea soon had a falling out over Eritrea’s imposition of tariffs on Ethiopian exports that now had to transit Eritrea to reach Red Sea ports (who says trade policy doesn't matter), and a truly idiotic war ensued, lasting for two years (1998-2000). Although Asmara cooperated with Washington in the wake of 9-11, including taking actions against al-Qaeda in the Sudan, Eritrea’s relations with the US subsequently deteriorated.

The old adage about countries having no friends, only interests is evident in spades in the behavior of both North Korea and the United States in the Horn of Africa. In the sometimes Manichean world of commentary on North Korea, perhaps it is good to keep this salutary perspective in mind.