Every year, the UN releases a document called DPRK Needs and Priorities, and every year it makes for dreary reading. This year is no exception. Nonetheless, it is one of the few sources based on observation by the intrepid aid workers on the ground in the country, which include six UN agencies and seven international NGOs, the Red Cross and four European “technical cooperation” offices (the EU’s on food security and the Swiss, French and Italian aid agencies). They deserve the respect of all of those—left, right and center—with an interest in the North Korean problem.

At the outset, it is important to reiterate yet again the ongoing scandal of the regime’s unwillingness to cooperate in the systematic collection of data, a shortcoming that the report rightly calls out every year (p. 11 this time around). As a result, the findings reflect to some extent plausible projections from past surveys such as the last National Nutrition Survey (2012) and the 2014 Socio-Economic, Demographic and Health Survey. The report also indirectly confirms the disturbing practice of making concessions on the collection of data when need is pressing—as in joint assessments permitted during last year’s floods—while restricting access to information that would support more routine humanitarian operations. Nonetheless, a mildly positive note is that UNICEF and the Central Bureau of Statistics established a Child Data Monitoring Unit in 2015 and a Multiple Indicator Cluster Survey is currently underway; the last such comprehensive survey was undertaken in 2009.

Despite these shortcomings, information on areas of change and continuity bubble to the surface based on observation associated with ongoing programs. Some bullets:

There are a handful of positive notes in the report. The report did not have access to government harvest data for 2016, and the last outside Crop and Food Security Assessment Mission (CFSAM) took place in 2013 (we relied heavily on these excellent World Food Program/FAO documents in writing Famine in North Korea). Nonetheless, the FAO estimates that rice production in 2016 increased by 23 per cent compared to 2015 when the country faced challenges associated with drought during the growing season. A new pilot program has helped reduce post-harvest losses—a chronic problem in the country—and the report claims progress in improved seed production.

The review of what organizations are doing going forward says more about what is going on in the country than the overview. Two tables tell the broad story: the first summarizing sector activities, the second the funding picture. The food security activities are not limited to the direct provision of food and nutrition interventions, but have branched out into technical assistance with respect to farming. WHO and UNICEF are focused primarily on essential life-saving medicines to health institutions that provide maternal and child services and on provision of emergency maternal and neonatal care equipment, essential medicines, oral rehydration solution, and vaccines.

Are the activities going to be funded at the level sought? The answer is almost certainly “no.” A recent overview of last year's funding shows how politics matters. Myanmar’s $111 million appeal was 58% funded while North Korea’s $39 million appeal was 27% funded, and even that had to rely heavily on the UN’s Central Emergency Response Fund (CERF); indeed, North Korea was more dependent on CERF funding than any other country in the region (albeit partly because of the floods). Reporting aimed at professionals in the aid community is already noting jitters over the possible effects of more provocations, including the indirect effects of sanctions that the report highlights. Surrounded by wealthy neighbors, however, do we even need to reiterate the regime’s culpability in this sorry state of affairs? 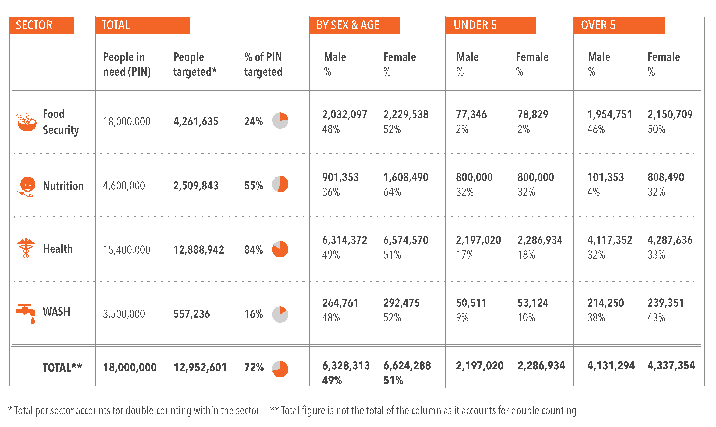 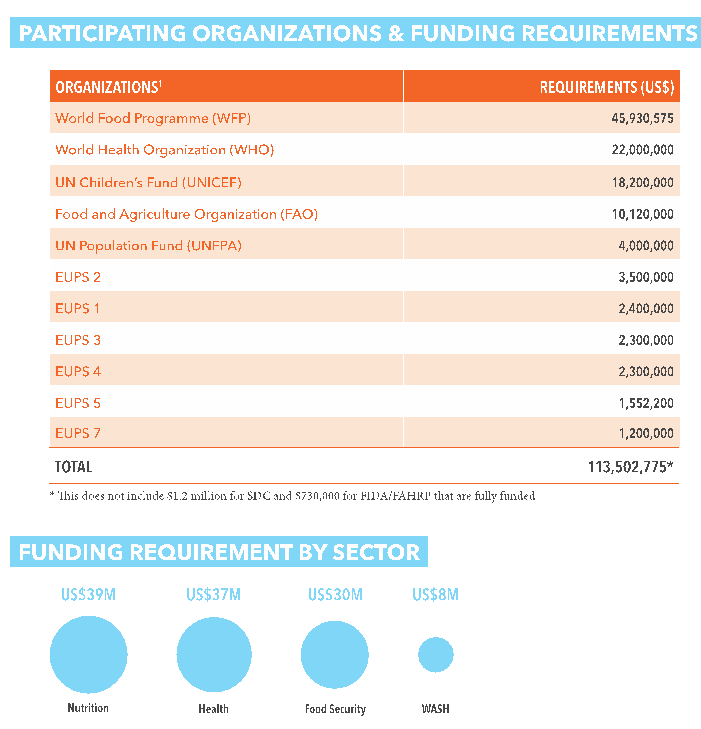