This week China revised its budget law for the first time since its inception 20 years ago. One of the more important changes is to formalize ongoing experiments in local government bond issuance. The change is certainly a breakthrough but the significance will ultimately depend on how much the central government allows local governments to borrow. 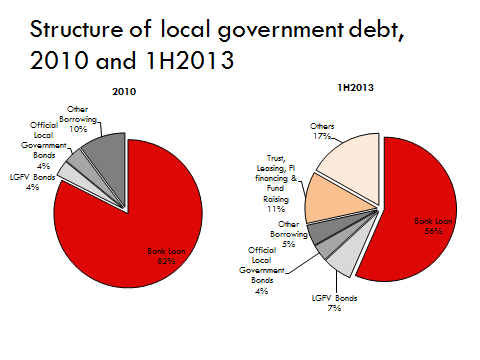 The reason for the slow growth in bond financing is that the central government controls the amount through quotas. For example, the total quota for local government bond issuance this year was only Rmb400 billion not nearly enough to cover the Rmb3.5 trillion in local debt set to mature in 2014.

It is unclear how these conditions will change now that the budget law has been revised. The new budget law says that local government bond issuance will be capped by a quota set by the State Council. In theory, the Ministry of Finance could use this to open up the existing self-pay pilot to all provinces, and increase the existing annual quota. However, for this to have a meaningful impact on the structure of local debt, the quota must increase significantly from current levels. For example, if the quota were quadrupled to Rmb 1.7 trillion, this would cover only half of debt due to mature this year. And even this would only make official bonds account for 12 percent of local debt outstanding. 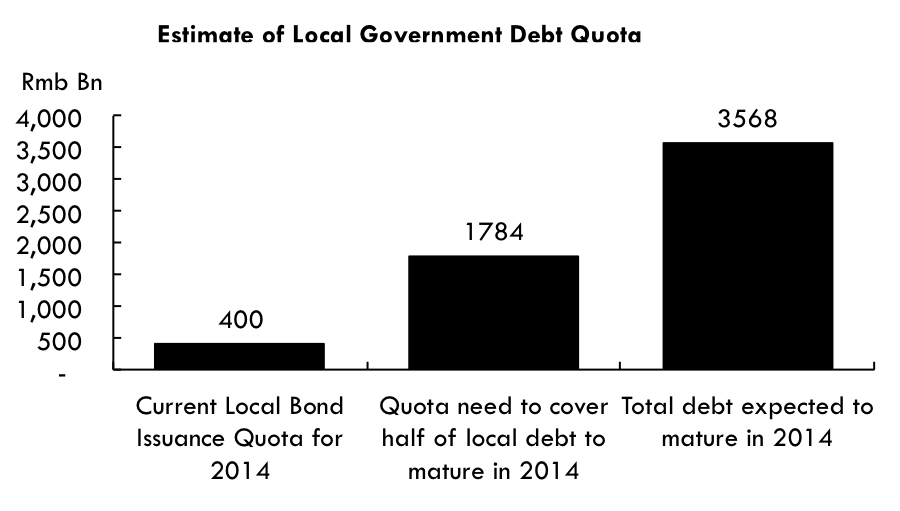 Viewed more broadly, the reform to allow local government bond issuance appears to be a mixed blessing. By maintaining the existing central government quota system for local debt issuance, the central government is effectively limiting the role of the market in determining how much localities should borrow. If the quota is insufficient, this ultimately could still drive local governments to pursue less explicit channels for financing their obligations.