China's manufacturing sector appears to be well on the road to recovery. Some argue that the inevitable global recession resulting from the COVID-19 pandemic will weaken China's manufactured exports, suggesting that this recovery cannot be maintained. But such analyses overstate the importance of exports in China's growth.

The best evidence, at least until first quarter Chinese GDP data are released on April 17, is the gradual but substantial recovery in electrical power usage. As shown in figure 1, in contrast to the average pattern in most recent years, electric power generation this year remained depressed well after the usual week-long shutdown for the Chinese New Year holiday. But from the latter part of March until April 10, average daily power production lagged the historic pattern by only about 15 percent compared with 40 percent a month earlier. Since manufacturing firms consume roughly 50 percent of electric power (versus only 15 percent by households), this is strong evidence of the recovery of manufacturing in China.[1] 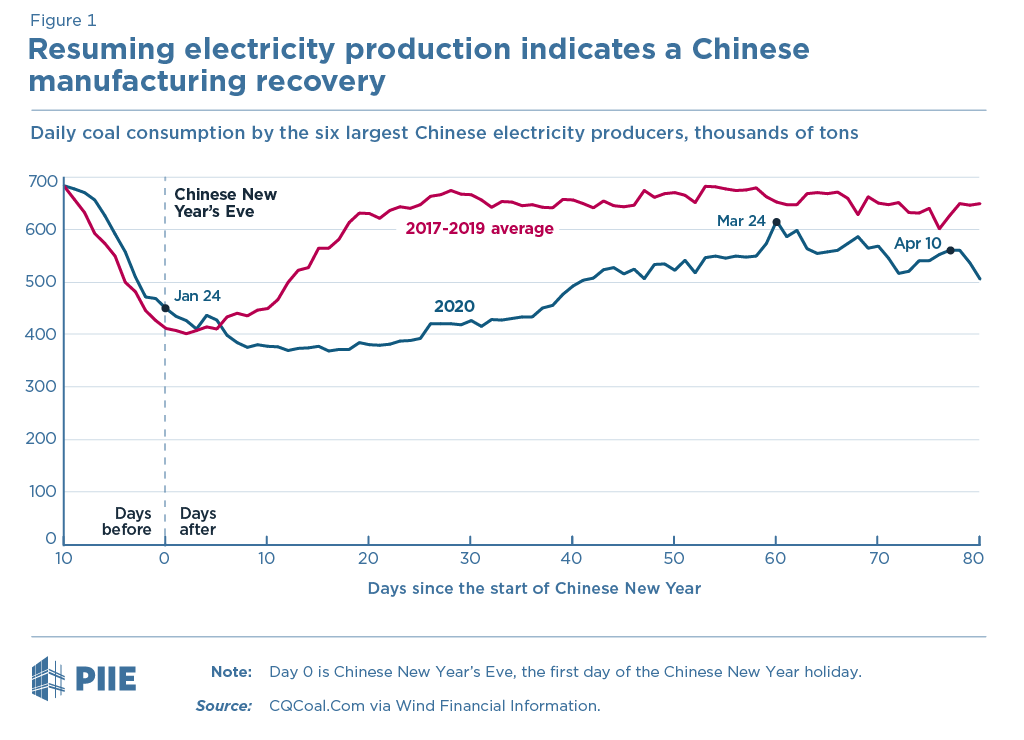 Pessimists, however, forecast that the emerging sharp break in global growth will reduce export orders for China's manufacturers, thus aborting manufacturing recovery. But this argument fails to recognize that China is not the export-dependent economy it once was. As shown in figure 2, merchandise exports as a share of GDP in 2019 were about half the level of 2008 on the eve of the last global financial crisis. In the wake of that crisis,  global trade slowed compared with the prior decade, but China's economic growth continued to be relatively robust. So naturally the trade ratio fell. 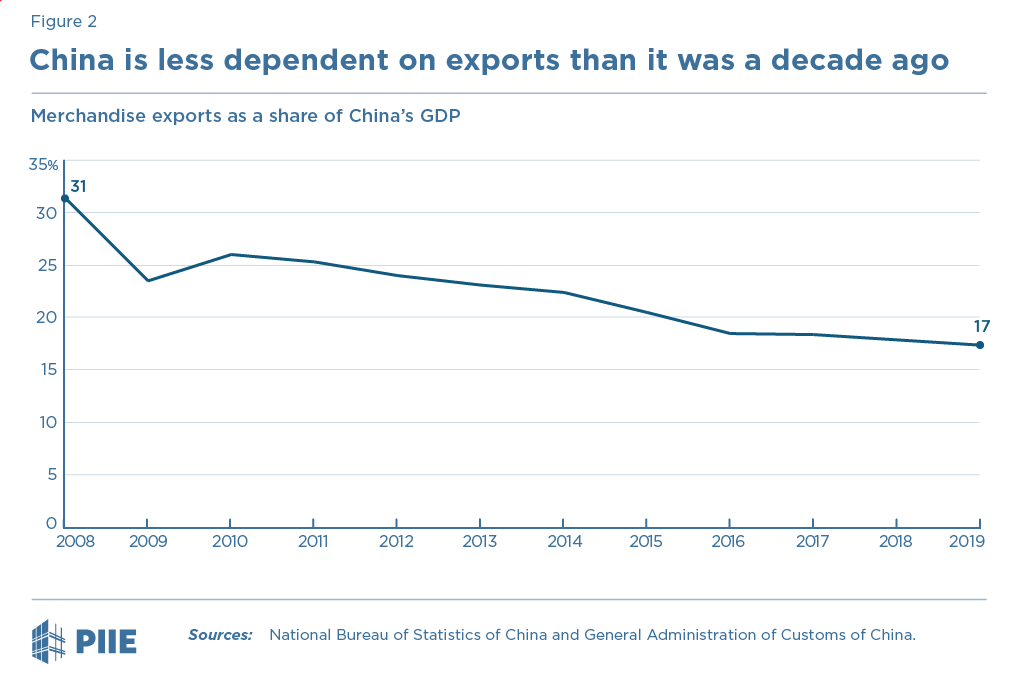 Moreover, the trade ratios shown in figure 2 overstate the importance of exports in China's economic growth. The reason is that trade is measured in terms of sales while GDP is measured in terms of value added. An alternative approach is to measure both exports and GDP in value added terms. This is easily done for China, where 95 percent of China's exports are manufactured goods, which absorb 13 percent of manufactured goods output. Manufactures account for about a third of GDP so in value added terms exports account for only 4 percent (1/3 x .13) of GDP. The comparable figure for 2008, when exports absorbed a higher share of manufactured goods output and manufacturing was a larger share of GDP, is slightly above 7 percent. So, by either measure China is far less dependent on exports than a decade ago.

While the weakening global economy will constitute a headwind, the pace of China's domestic demand is likely to be the most important factor determining the pace of recovery of China's manufacturing sector.