Is the Renminbi Getting Close to Equilibrium?

Over the past several years, the Chinese government has frequently argued that the renminbi is steadily moving towards an equilibrium exchange rate.

China’s financial authorities made this claim in their responses to both the 2010 and 2011 IMF Article IV Reports.

2010: "They [the authorities] viewed the level of the renminbi right now as much closer to equilibrium than at any time before."

2011: "The authorities underscored that the currency was converging toward its equilibrium and expected that this process would continue over the medium term." 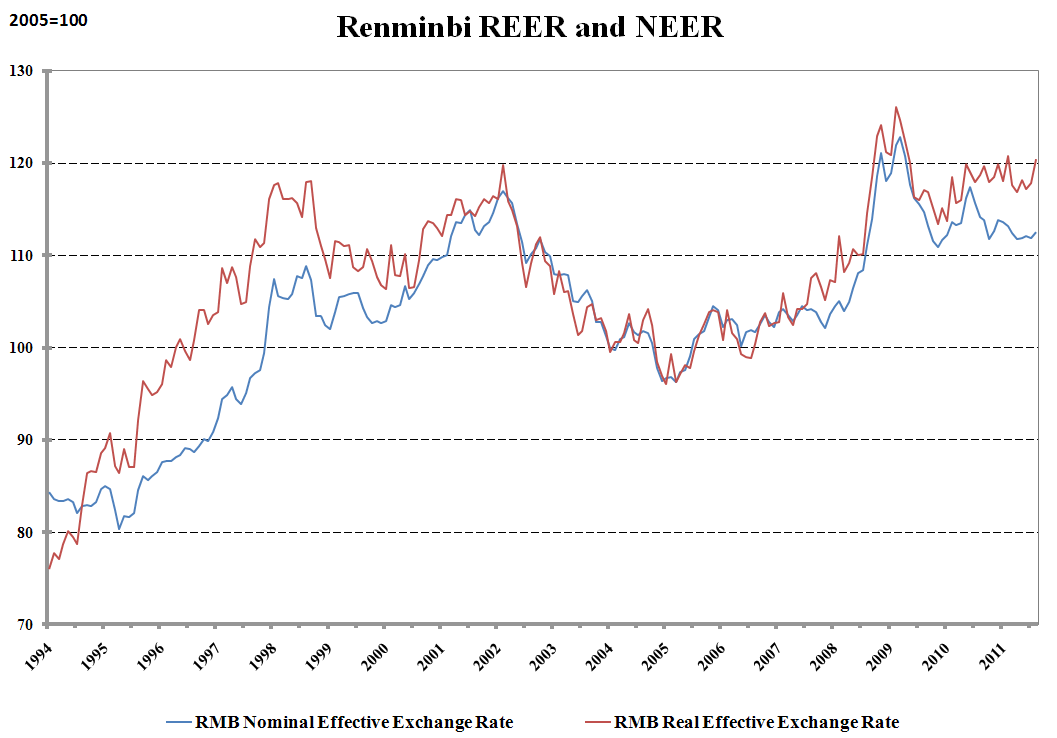 Even this amount of appreciation, however, does not mean that the renminbi is close to equilibrium. Despite appreciating roughly 20% since 2005, the renminbi may still be quite a ways from equilibrium if there are other underlying factors at work that should be leading to even greater amounts appreciation.

One way to check is to see whether Chinese goods are becoming more expensive overseas. The argument is that an appreciating currency will reduce the competitiveness of Chinese products overseas by increasing prices and ultimately leading to a reduction in China’s trade surplus.

The graph below shows the prices of Chinese goods imported into the United States compared to the nominal exchange rate. The price data comes from the U.S. Bureau of Labor statistics, which collects information directly from importers. 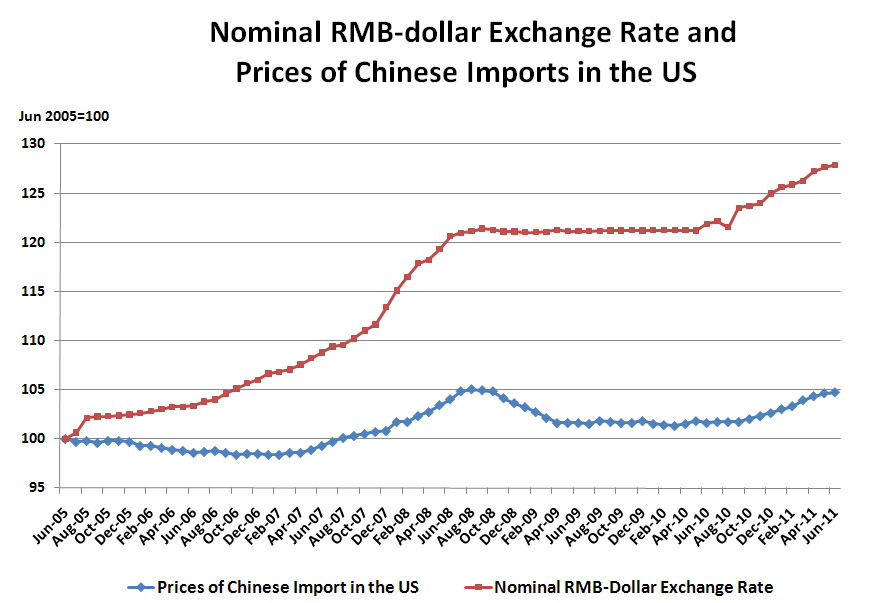 What the graph shows is that despite significant nominal appreciation since 2005, the price of imports has only increased marginally (5%). Increases in productivity by Chinese manufacturers have allowed these businesses to remain competitive without significantly increasing prices (this is also on top of real wages that have been increasing at 10% per year). What is implied by this rapid pace of productivity growth is that the real effective exchange rate should have been increasing even more rapidly during this period and therefore the renminbi might have quite a ways to go before reaching equilibrium.