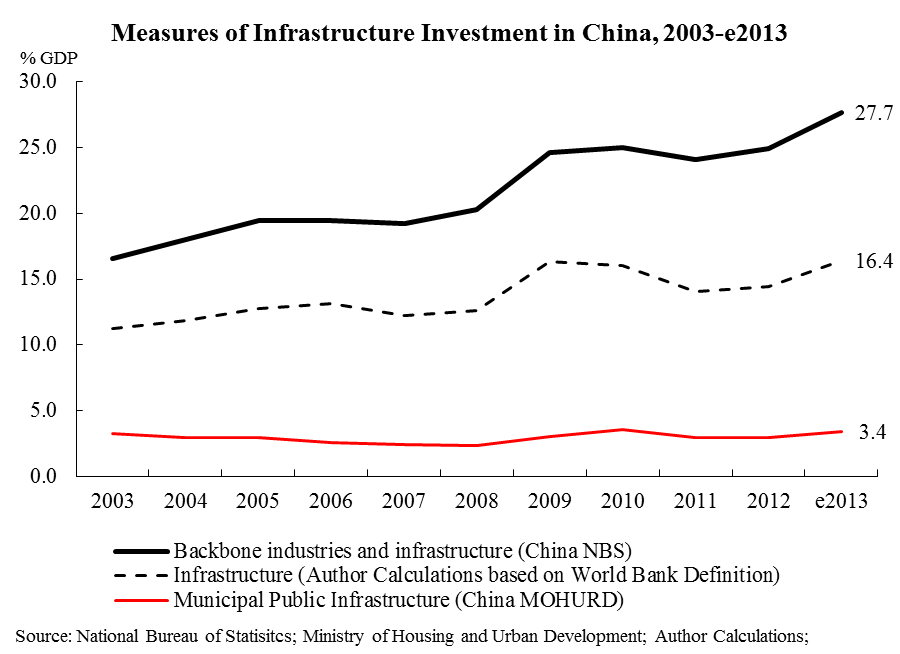 This is why most economic literature tends to exclude production facilities and focus more on large, capital-intensive networks. For example, the World Bank defines infrastructure as “the basic framework for delivering energy, transport, water and sanitation, and information and communication technology services to people.” This measure excludes social facilities and foundational industries which are included in the NBS definition. Chinese infrastructure investment – applying the World Bank definition – is still quite large and rising. Infrastructure investment averaged 13.8 percent of GDP over the past decade. It is likely to rise to 16.4 percent of GDP. 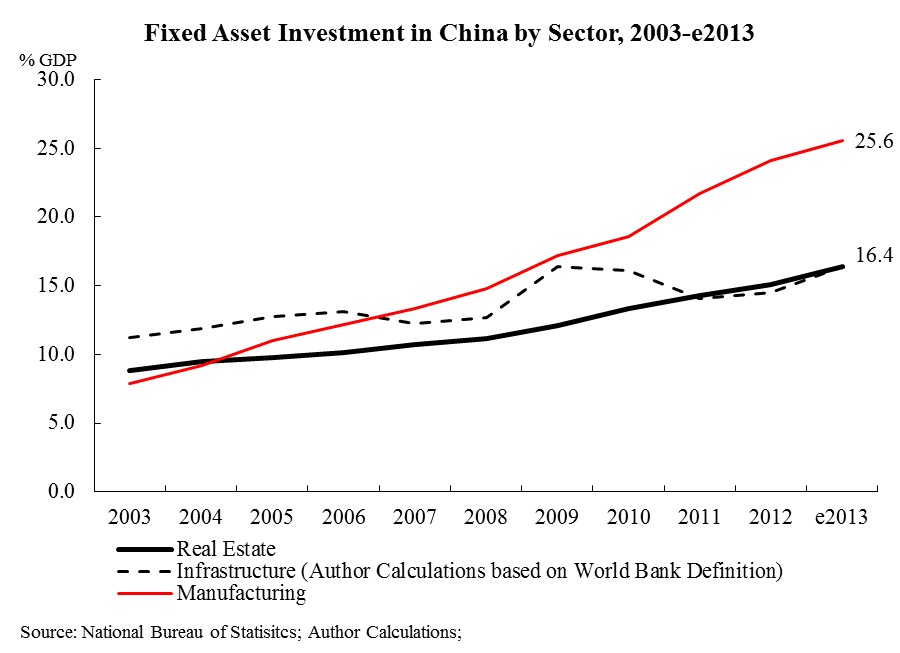 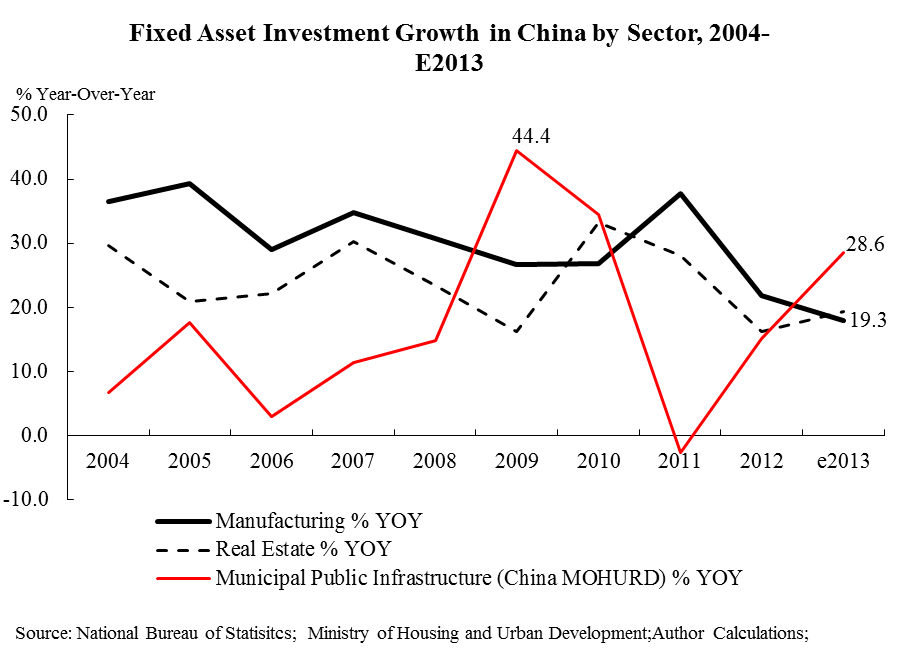 No matter what definition you use, it is clear infrastructure investment will continue to play an important role in the Chinese economy. Premier Li Keqiang considers infrastructure investment as a core part of the urbanization process in China. Yet not all infrastructure investment is made the same. While some would criticize China for over-investment in real estate, steel production facilities, or high speed rail, few would suggest China has invested too much in water treatment facilities, schools, or hospitals.  The most recent guiding opinion has placed a greater emphasis on services for urban residents such as upgrading water distribution, wastewater management, flood prevention, and telecommunications infrastructure.  If infrastructure grows rapidly in these need areas it will be a positive development. This makes accurately defining and measuring infrastructure important to analyzing the opportunity costs of continued fixed investment growth under the Xi and Li administration.