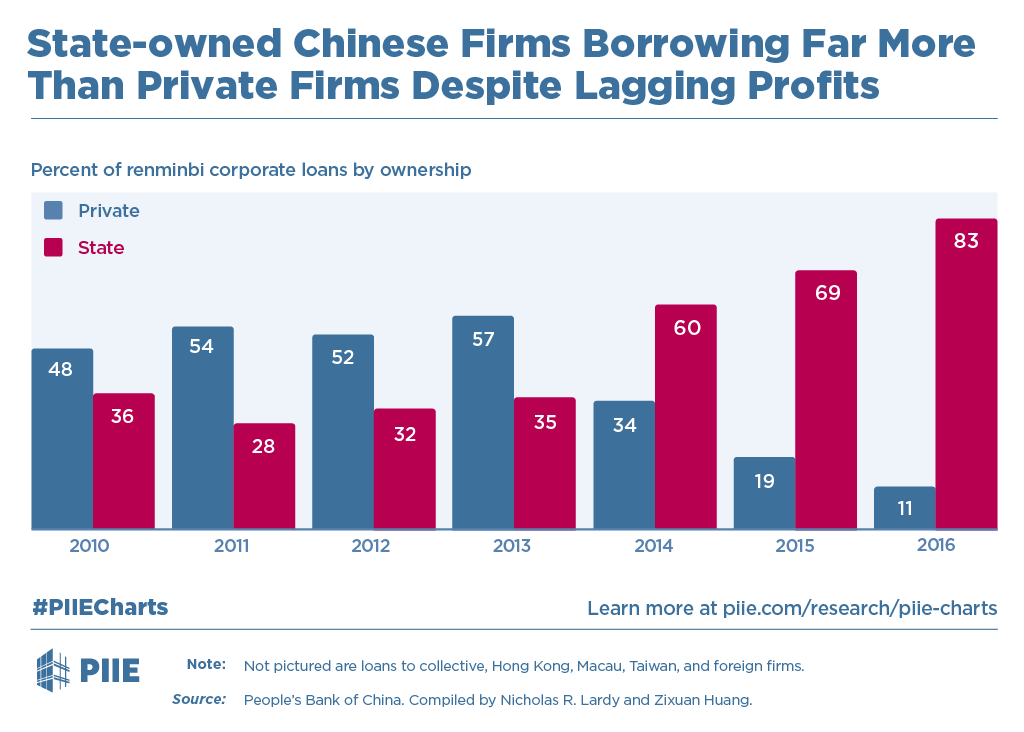 The share of corporate loans to state-owned Chinese firms has increased substantially in recent years compared to loans to private firms, even though profits at state-owned firms lag far behind. The trend reflects the growing role of the financial system in propping up underperforming companies and may drag down future growth for China. The chart shows the share of loans to state-owned firms jumped from 28 percent in 2011 to 83 percent in 2016 (latest available data). Between 2011 and 2015, profits of state firms increased by less than 2 percent while their investment expanded by more than 20 percent, based on data from the China National Bureau of Statistics, Ministry of Finance, and Nicholas R. Lardy’s calculations. Private companies have investment returns that are three to four times higher than state-owned firms, but the latter have had easier access to bank credit in recent years.

This PIIE Chart was adapted from Lardy’s book, The State Strikes Back: The End of Economic Reform in China?