Is the Size of China’s Government Growing? 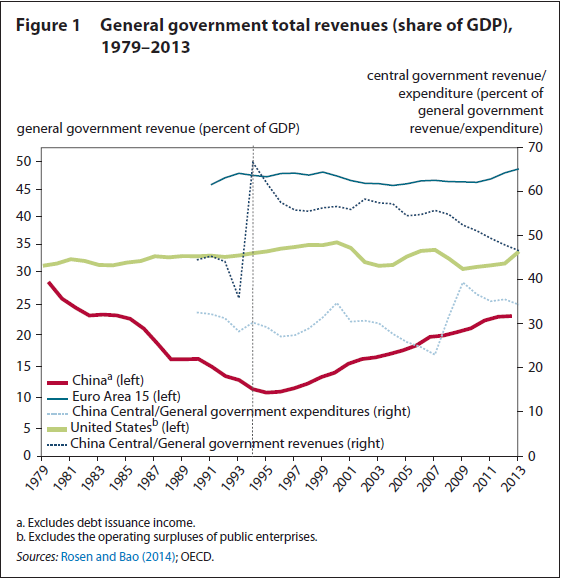 This chart was taken from our latest PIIE Briefing, China’s Economic Transformation: Lessons, Impact, and the Path Forward, in the essay by Jacob Funk Kirkegaard titled "Continent-Size Fiscal Unions: Lessons for China from the United States and Europe."