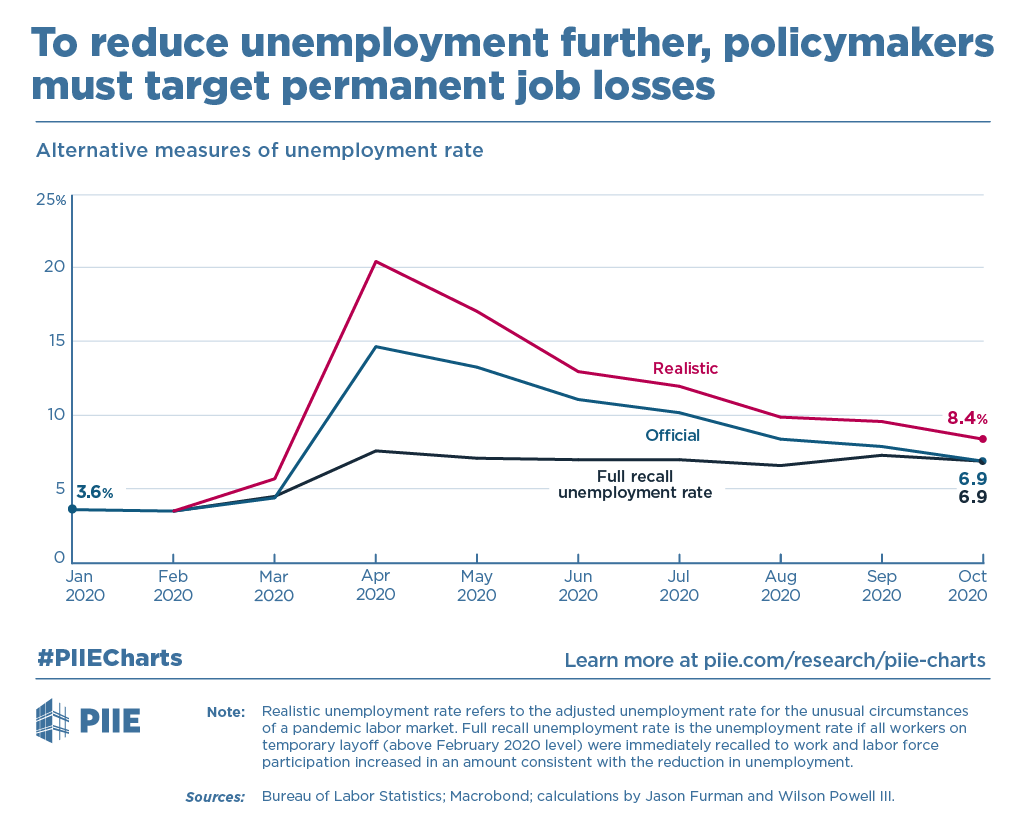 Unemployment continued to fall in October as the US economy added 638,000 jobs and the number of workers who reported being on temporary layoff fell by another 1.4 million.  But there is little room for further progress without addressing permanent job losses.

If every one of the 2.4 million additional workers on temporary layoff since COVID-19 pandemic lockdowns began in February were immediately recalled back to work—an optimistic scenario—the "full recall employment rate" would remain at 6.9 percent, the same as the official employment rate. This is because any economy in which 2.4 million people were rehired would also see an increase in people wanting to re-enter the labor force and begin seeking employment. These people not actively looking for work are currently classified as having left the labor force and are not reflected in the official unemployment rate.

The convergence of the full recall and official employment rates indicates that further improvements to the labor market will have to come from those experiencing permanent job losses, a much harder task than putting temporarily laid-off workers back to work.

This PIIE Chart was adapted from Jason Furman and Wilson Powell III's blog post, "US labor market improves, but further progress will be harder."