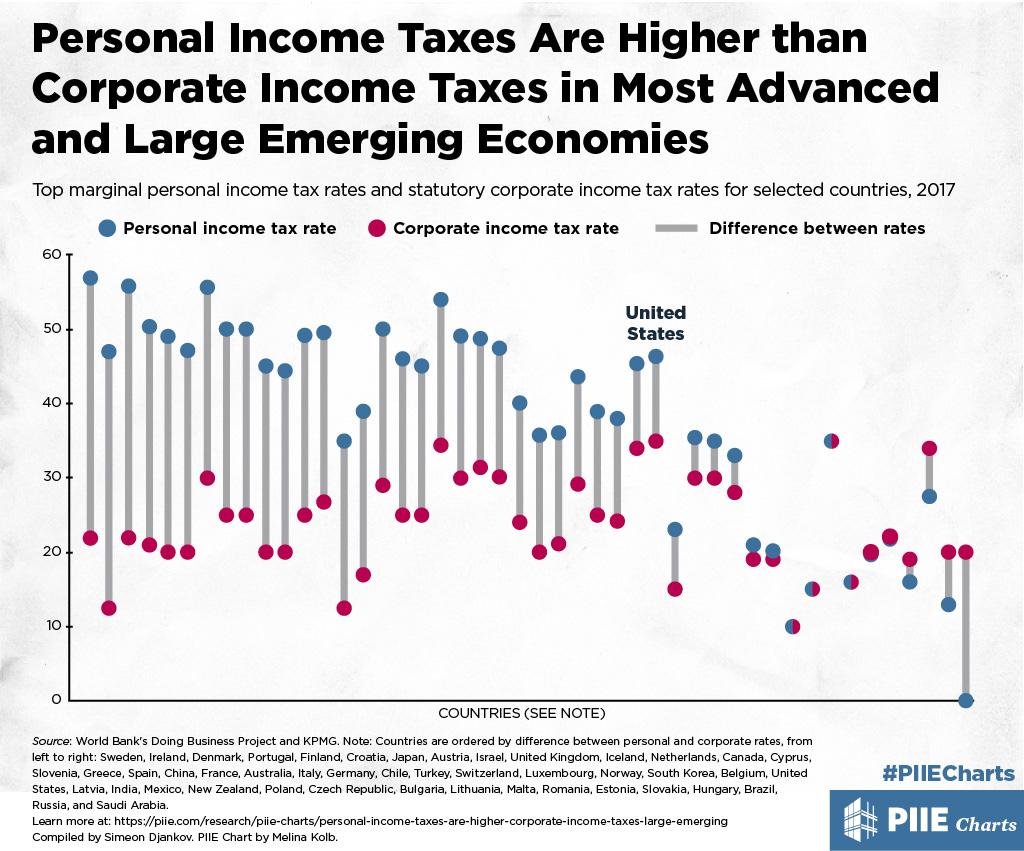 Most advanced and large emerging economies have higher top marginal personal income tax rates than statutory corporate income tax rates, in part because governments have realized corporations can shop countries for the best rates or lobby for loopholes, but individuals do not have the same resources. This divide has increased in the last three decades. President Trump has proposed a plan that would lower taxes for most Americans, though it has been less advertised than its corporate income tax cut proposal.

The Global Minimum Tax Lives On