New businesses in the United States surged during the pandemic 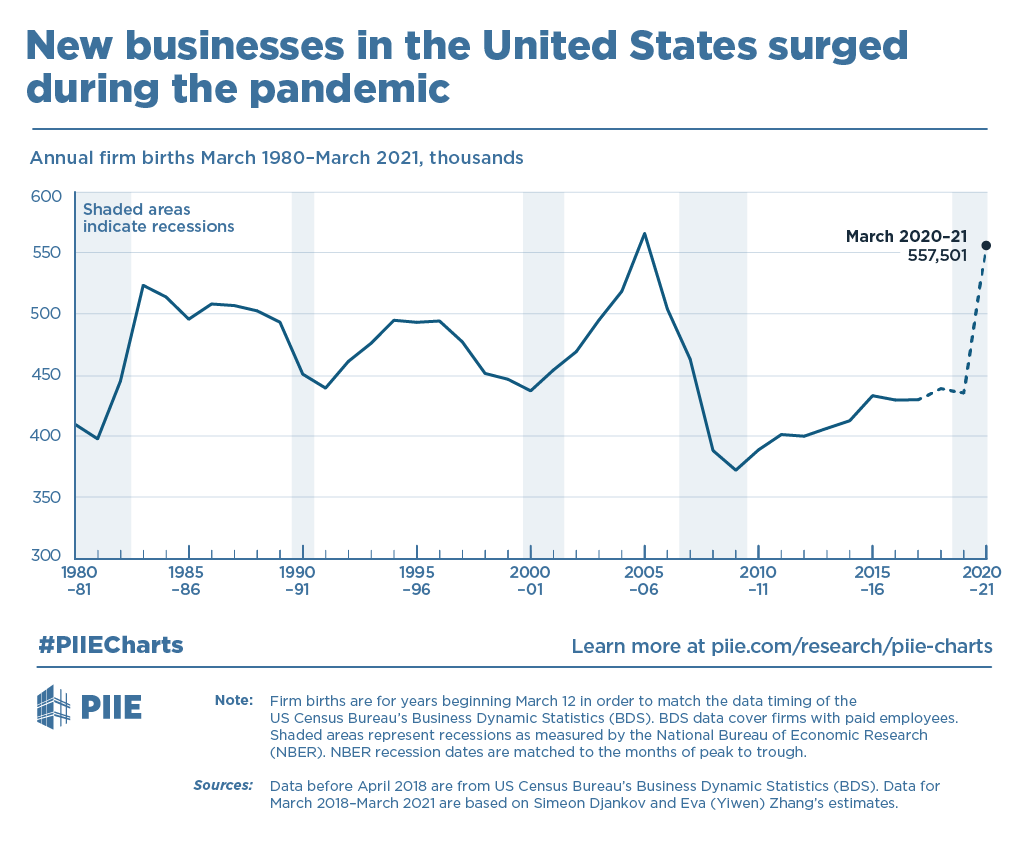 Between March 2020 and March 2021, more than 557,000 new businesses were opened in the United States, taking the total number of operating US firms to a historical high of 5.33 million. Businesses are opening at a much faster rate than during the previous recession caused by the global financial crisis, when annual firm births fell from their precrisis peak of 567,000 in 2006 to 373,000 in 2010.

The increase in business startups during the pandemic can be largely attributed to entrepreneurship by necessity. As workers were laid off and wage-sector opportunities disappeared, the newly unemployed started their own businesses to generate income. This trend is visible in state-level data on new business applications: 2020 startup activity grew faster in states with more severe job losses, for example, Mississippi and Louisiana, where unemployment rates were over 8 percent by the end of 2020. In contrast, new business applications in North Dakota and South Dakota, where 2020Q4 unemployment rates were just 4.7 and 3.5 percent, respectively, declined slightly.

This PIIE Chart was adapted from Simeon Djankov and Eva (Yiwen) Zhang's Policy Brief, "Startups in the United States during the pandemic reflect some dynamism amid job losses."