Eliminating expanded unemployment compensation would harm the US economy 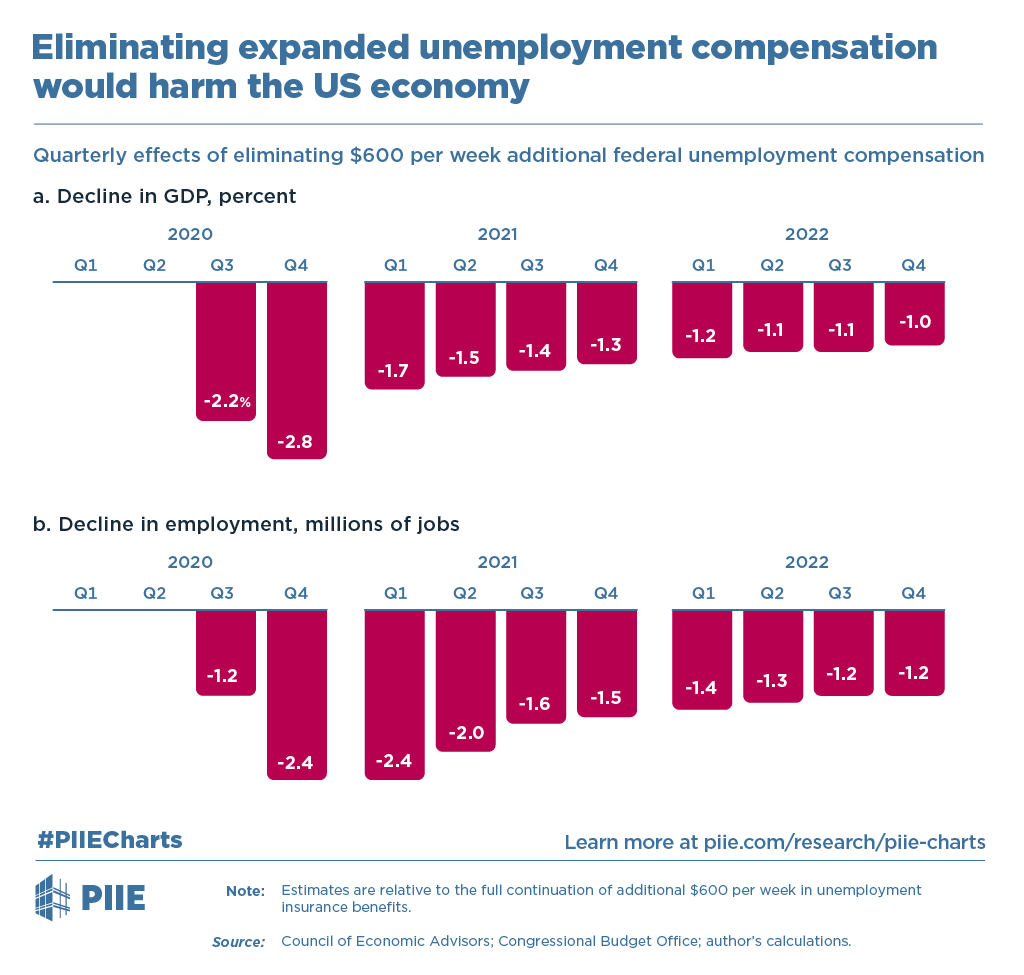 The abrupt ending of Federal Pandemic Unemployment Compensation (FPUC) at the end of the month would have a detrimental impact on the US economy. The FPUC, which is set to expire by July 31, grants workers receiving unemployment insurance an additional $600 per week on top of their regular weekly benefits and has provided many families with some protection against the large loss of income resulting from the coronavirus pandemic.

As the virus continues to limit economic activity, it is very likely that unemployment will remain high at the end of July and for some time to come. If the FPUC expires as scheduled, approximately $50 billion per month would be removed from the US economy, forcing unemployed workers to reduce their spending, hurting businesses, prompting further layoffs, and resulting in lower overall GDP.

The full elimination of FPUC would subtract 2.5 percent of US GDP on average in the second half of 2020, costing  an average of 2 million jobs over the next year and raising the unemployment rate by up to 1.2 percentage points. The worst effects would come in the fourth quarter of 2020, resulting in an economy that would be 2.8 percent smaller and with 2.4 million fewer jobs than otherwise. The expiration of expanded unemployment insurance would not only hurt those relying on the larger unemployment payments; it would send a shock through the whole economy.

This PIIE Chart was adapted from Jason Furman’s Policy Brief, "US Unemployment Insurance in the Pandemic and Beyond.”