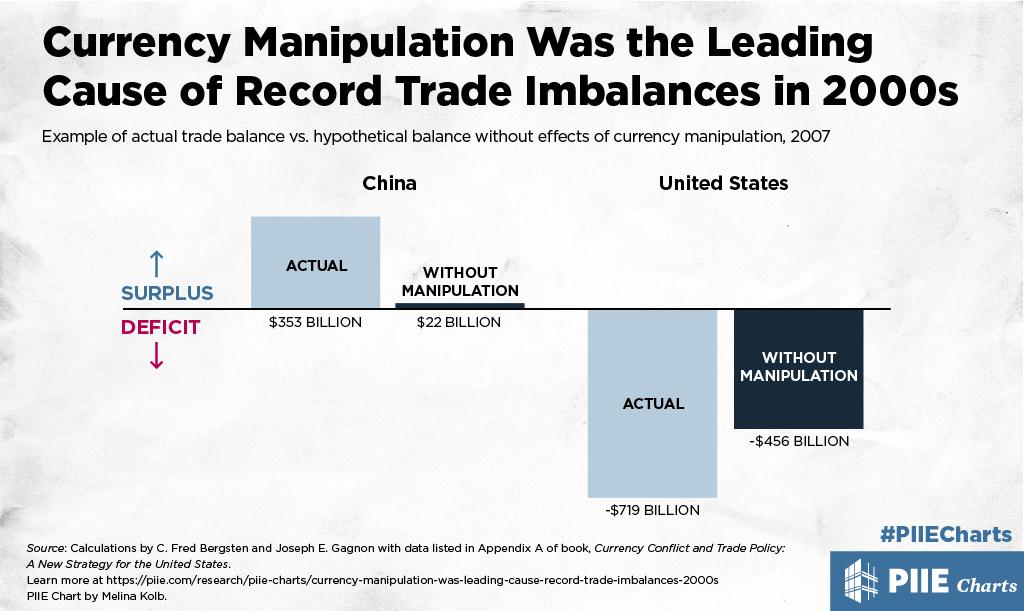 New research shows that currency manipulation by China and other countries was the main cause of historically high trade imbalances in the 2000s, widening the US trade deficit by $200 billion or more starting in 2003. For example, this PIIE Chart shows that in 2007, China would not have had a large surplus if it had not manipulated its currency. And if China and other countries had not intervened so much, the US deficit would have been 35 percent smaller. A smaller trade deficit would have reduced the size of the "China shock" on US employment by a third. Studies find that the rapid growth of Chinese exports between 2000 and 2007 cost as many as 2 million US jobs (Autor, Dorn, and Hanson 2016; Pierce and Schott 2016).

This PIIE Chart is adapted from the book Currency Conflict and Trade Policy: A New Strategy for the United States by C. Fred Bergsten and Joseph E. Gagnon.

Currency Wars, the Economy of the United States, and Reform of the International Monetary System