Earlier this week China’s National Bureau of Statistics released monthly economic data for August, and at first blush it looked pretty scary. Year-over-year growth in value added industrial output slowed to 6.9 percent in August, the slowest pace since 2008. Now accumulated value added industrial output growth for the first eight months has only grown by 8.5 percent, down from 9.7 percent at the end of last year. This slowdown in the industrial sector has led some to worry that China may fall far below the government’s 7.5 percent output growth target for this year.

However, the over reliance on industrial output figures to assess the health of the Chinese economy is dated. Services exceeded secondary industry to become the largest component of GDP in 2013. They also far outpace industry as a contributor to growth. As of the first half of 2014, industry value added only contributed 25 percent of GDP growth, while services accounted for 61 percent of growth. Services are less capital intensive than industry but more labor intensive. This explains why employment indicators have held up quite well in China even as industrial output slows. Similarly, it explains why the growth in fixed asset investment in the service sector – while faster than in manufacturing – is not significant enough cause a rapid rebound in investment. While China’s headline GDP growth may indeed be slowing gradually, industrial output figures account for less than half the picture and do not reflect the progress being made in rebalancing growth. 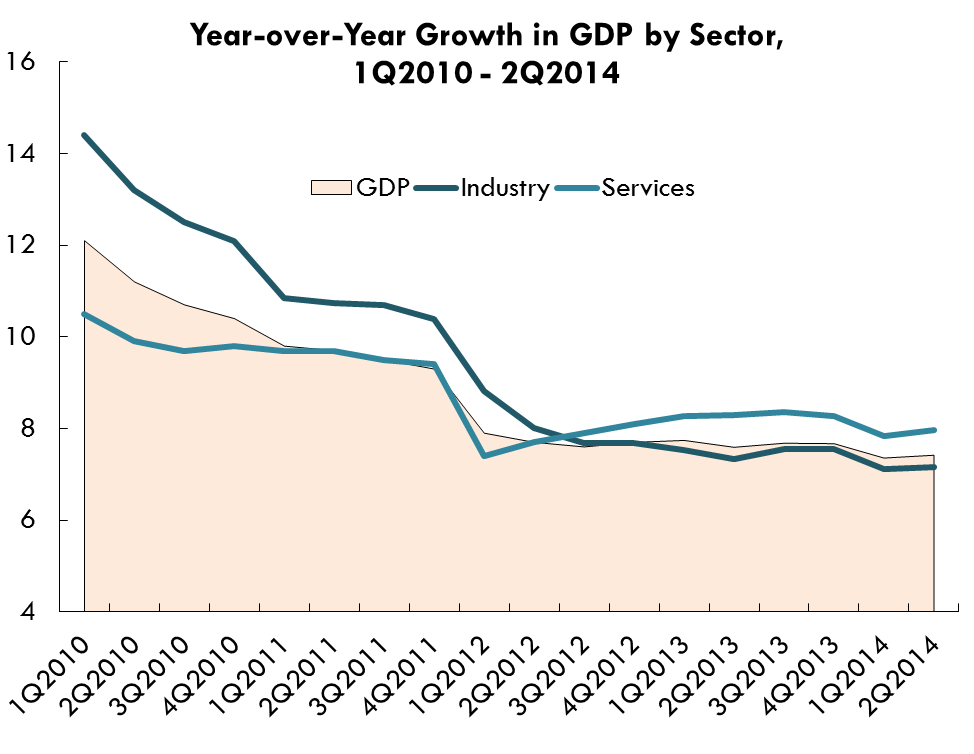