China Chart of the Week: Foreign Investors Flock to Services

Last week, China’s Ministry of Commerce (MOFCOM) reported that foreign direct investment inflows slowed to $78 billion in the first eight months of this year compared with $80 billion in the same period last year as inflows in August fell to their lowest level in four years. The decline has created the perception that foreign investors are now turning away from China. 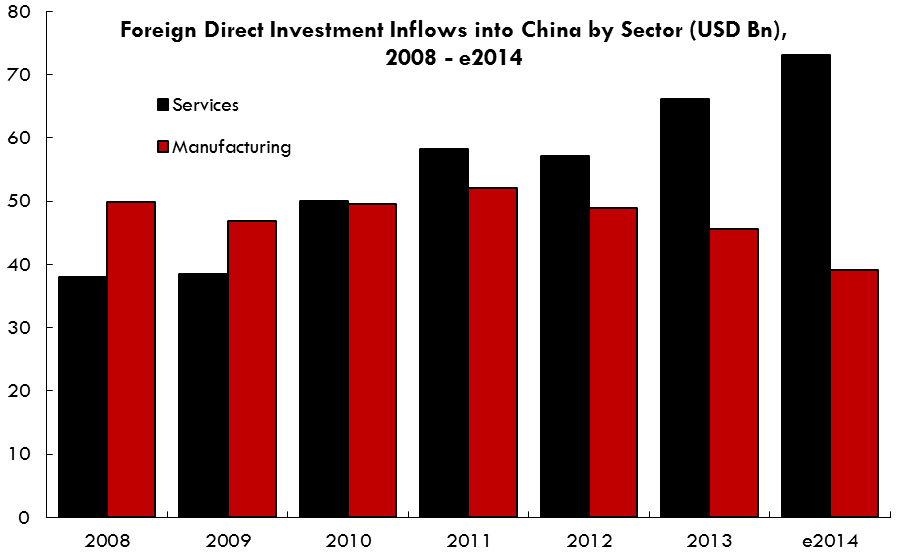