China Chart of the Week: Anticorruption in China

Number of investigations relating to violations of the Eight Provisions (八项规定) 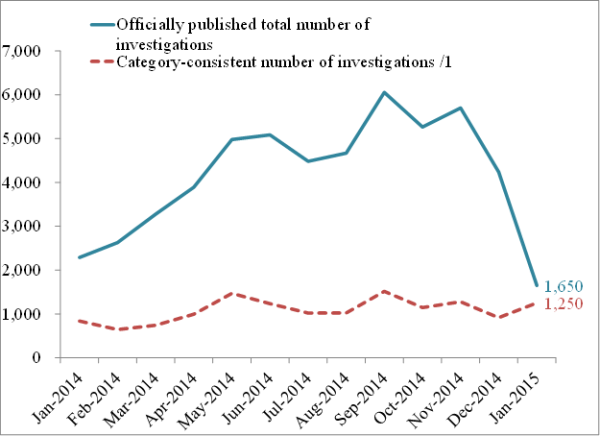 1/ Excludes the “Other” and the “Employment Discipline” categories, as well as the new “Illegal Payment of Benefits” category. There are seven (of nine) categories included.

The Spring of Latin America's Discontent