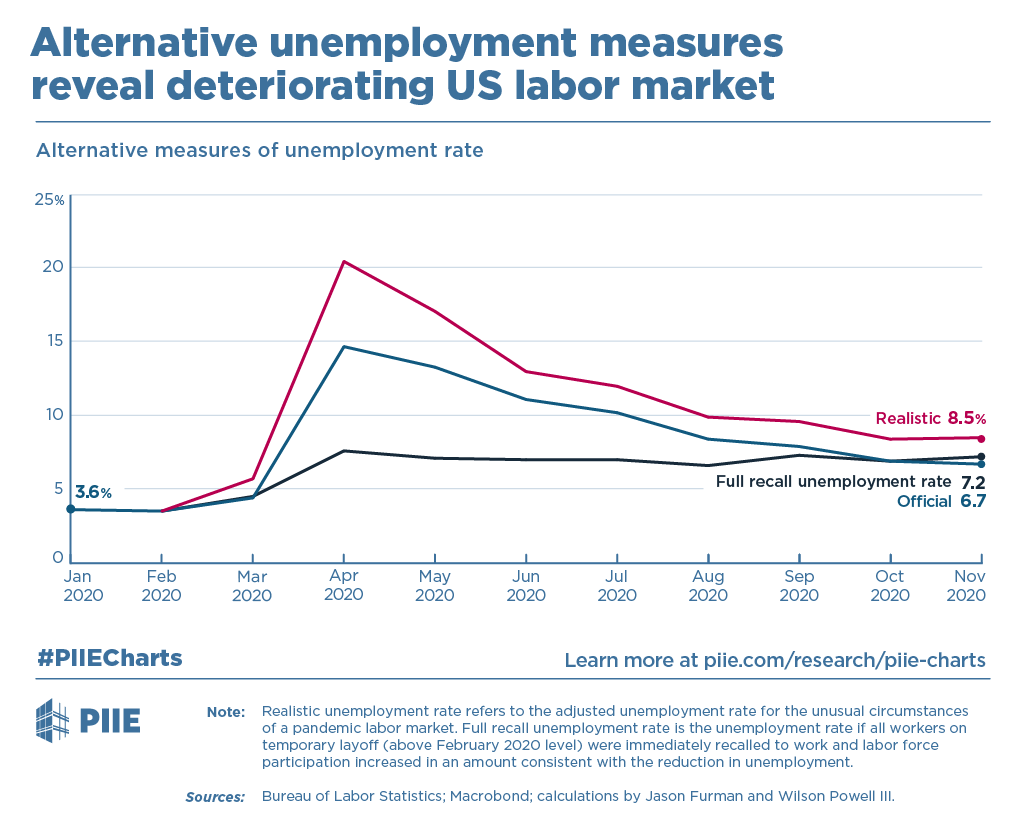 The realistic unemployment rate, which adjusts the official rate to make it more comparable with historical measurements, rose from 8.4 percent in October to 8.5 percent in November, indicating a reversal of previous labor market improvements. The full recall unemployment rate, which assumes that all additional workers on temporary layoff returned to their jobs and the labor force participation increased accordingly, also increased in November and is now 7.2 percent.

The pace of the US labor market recovery has slowed throughout the fall, and, with cases, hospitalizations, and deaths on the rise, may pause or regress until vaccines are widely distributed. Unlike in past months, the full recall unemployment rate now exceeds the official unemployment rate, indicating further labor market gains will require improvements among those experiencing permanent job losses, a more difficult task than recalling temporarily laid-off workers back to work.

This PIIE Chart was adapted from Jason Furman and Wilson Powell III's blog post, "US unemployment situation worsens in November."