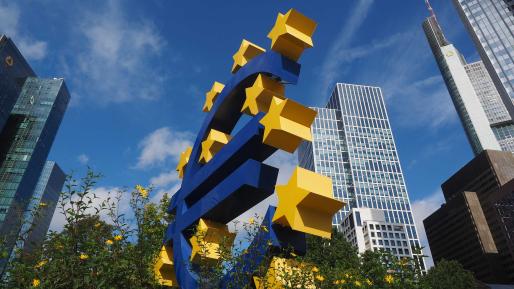 It is truly a great honor to have been invited to give this talk. It is also an immense personal pleasure to be the dinner speaker for Mario Draghi’s last Sintra event, at least in an official role.

Put simply, I am simply in awe of what Mario has achieved during the past eight years.

He will probably be mostly remembered for three words, which, on their own, and without having to take any action, saved Europe from tragedy.

But behind the three words, there was a lot of preparation, and Mario’s contribution is much deeper. He has done it through the combination of pragmatism and creativity on the one hand, and an exceptional political sense on the other.

Moving from the man to the institution

Through Mario’s influence, and that of his predecessors, the European Central Bank (ECB) has achieved an incredible transformation. It is fair to say that the initial incarnation did not look promising, at least to most of us on the other side of the ocean. The strange two-pillar strategy, the asymmetric inflation target, the prohibition on buying sovereign bonds, the lack of euro level banking regulation and supervision, all looked like a recipe for failure.

And it came close. But, as it was tested, the ECB transformed itself, from the provision of liquidity, to the purchase of a large set of assets, to negative interest rates, while keeping and indeed reinforcing its credibility. It is hardly recognizable today.

There is little question that it deserves most of the credit for the long recovery from the crisis. (I cannot resist a zinger here. Given how it was able to change so much and keep its credibility, one wonders why it is so reluctant to move, at least for a while, say until neutral rates have increased sufficiently, to a higher inflation target, which would help solve many of the problems it is facing today…. Just an idea….)

The second is newer. It is the fiscal policy framework, in the light of the very low interest rates which prevail and are expected to prevail far into the future. In that context, fiscal policy has a much more active role to play, and it is not yet equipped to do so.

I shall start by briefly going over the first one. It is familiar but it should not be ignored. But I shall focus mostly on the second one. Admittedly, what I shall say is, in the euro geopolitical context, 30,000 feet thinking. But it is useful to start there.

Let me take a step back and start with the “ideal” macro policy architecture, and the allocation of tasks between fiscal and monetary policy, in a common currency area such as the euro.

In each country, fiscal policy should follow what I would call pure public finance principles, aging, intergenerational redistribution, tax smoothing. In other words, there should be a nice separation of tasks.

And, if, as is likely, this leaves specific countries with output gaps, positive or negative, relative prices should adjust to maintain output in each country at potential. Whatever current account balances come out will then the right, desirable ones, and everything will be fine.

Relative prices do not adjust, or at least not fast enough

There was some hope, at the start, that the fixed nominal exchange rate would lead to faster price and wage adjustment. It has not happened. And, indeed, because of low inflation, downward wage rigidity has become, if anything, stronger.

Can it be solved? Not easily, and I think this will remain an issue in the future. We may not get the same large shocks as we got at the start of the euro, but there will be country specific shocks. To solve the problem, or at least reduce it, would require a number of conditions:

First, there is agreement as to what needs to be done, what the right configuration of current accounts should be, and how each country should adjust. And then, implementation, through wage and price adjustments at the country level, up as well as down. Neither condition is satisfied.

Finally, at the country level, even if a parallel adjustment of nominal wages and domestically produced goods prices could decrease the pain, it is also likely to be difficult to achieve. The trust needed between social partners to achieve such a coordinated adjustment is not there. I have advocated for institutional arrangements where such agreements or at least such discussions could take place, but, again, we are not there.

Let me move to the second challenge, that posed by the very low neutral rates. As I have argued in a recent contribution, this has two general implications:

They imply a lower cost of debt, both fiscal and economic. I focused on “r-g” negative, but the general point is the low cost of debt.

And, related but conceptually separate, because low rates make the effective lower bound more likely to bind, and thus reduce the space for monetary policy, they imply a more important role for fiscal policy.

Is this the situation the euro is in? My answer is yes.

Clearly markets are betting that rates will remain very low for a long time. (According to option prices, the probability that the Euribor rate exceeds 1 percent in three years is less than 0.3 percent). The hypothesis that this was due to the financial crisis and would fade away has proven false. Larry Summers’ secular stagnation seems increasingly likely.

Is there a euro output gap? As we know, this is a controversial issue, but I continue to go by the behavior of inflation. To me, the fact that inflation is below target is an indication that there is indeed an output gap. And going country by country, I see a negative output gap in many of them.

Has monetary policy lost its room for maneuver? It is clearly much reduced. Surely, it can purchase a lot more assets. But the effects on rates are likely to be limited. And surely there is not enough room to respond to even a run-of-the-mill recession.

The first, and rather obvious one, is that whatever urgency there was in reducing debt, debt reduction is less urgent than it was. The costs are lower. The risks are also lower. While debt is high, debt service is not, by historical standards. There is no debt crisis.

The second is that, to the extent that demand is too low to deliver output at potential, deficits are needed to sustain it. Surely, structural reforms, delivering higher growth and leading to more optimism and higher demand today can help, but the evidence suggests it would be unwise to rely only on them.

The third, which complements the second, is that to the extent that deficits are needed, they should be used, as much as possible, to invest in the future, either through public investment, understood in a large sense, or through the costs of financing structural reforms.

Let me now turn to the implications for the euro area fiscal architecture (down from 30,000 feet, but not quite to ground level, where the political constraints dominate). Let me focus on four implications:

The first is that the various rules defining debt targets, speeds of adjustment to these targets, and flexibility to respond to possibly persistently low demand must be revisited. Even if they were the right ones earlier, they cannot be right today. Whether this is done through a formal change in the rules, or a more liberal interpretation, is not for me to recommend.

The second is that, to the extent that deficits are needed to sustain demand, they should be put to good use. Since 2007, the ratio of public investment to GDP in the euro area has decreased by 0.8 percent, with numbers like –2.3 percent for Greece, –2.7 percent for Spain, –1.3 percent for Portugal, and –0.9 percent for Italy. This strongly suggests revisiting the so-called fiscal golden rule, i.e. the separation between a current and a capital account for governments, with the possibility of financing capital account spending through debt. I am aware of the dangers of classifying nearly anything as an investment. Recently, I was told in one euro country that reducing the age of retirement should be thought of as an investment in the future, as it would liberate jobs that could go to the young, and the young are the future. Thus, clearly, there is a need for some euro-level institution with the mandate to decide what can and cannot go below the line.

The third and the fourth reflect the specificity of a common currency area.

Finally, the fourth arises from the externalities specific to a common currency area. If expansionary fiscal policy is needed at the euro level, it is likely to be undersupplied. The reason is spillovers, i.e., the externalities arising in a group of highly integrated countries. The increase in domestic demand from the fiscal expansion partly falls on imports rather than on an increase in demand for domestic output. As a result, countries are likely to do too little and the euro output gap is likely to remain.

How can this be solved? Conceptually, in one of two ways. First, through a coordinated fiscal expansion, the way it was done by the G-20 in 2009, with each country issuing debt. This would however have to be limited to the coalitions of the able, although I suspect that markets would look more kindly to an increase in deficits in Italy if it were part of a coordinated expansion. Second, through a common budget, financed through euro bonds. But this implies risk sharing, and we know the political difficulties of doing so (the new embryonic budget is a start, hopefully not an end).

I realize that what I have offered is blue-sky thinking, ignoring the complex euro geopolitics that will determine the outcome in the end. But it is the right place to start. Anniversaries are good times to assess both progress and failures, and when needed, to make bold moves. Monetary policy has transformed itself. Now is the time to do the same for the rest of the macro policy architecture.