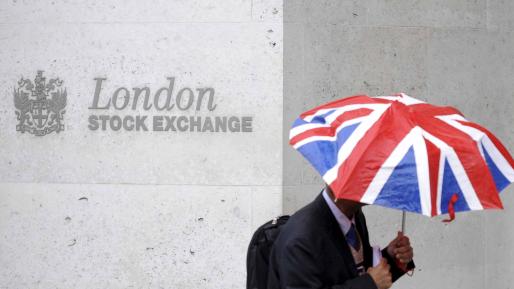 What Will Happen When the Banks Leave Britain?

“Just left Frankfurt. Great meetings, great weather, really enjoyed it. Good, because I’ll be spending a lot more time there. #Brexit.” Thus tweeted Lloyd Blankfein, Chief Executive of Goldman Sachs, on October 19. It was the first time a major US financial services firm had signaled a shift of its European operations away from London in this way: not as a decision conditional on future developments, but as an established fact of business life. It was the first, but presumably not the last.

It is too late to hope that the City of London, by many measures the world’s leading financial center and an economic engine for both the United Kingdom and Europe, could emerge unscathed from Brexit. The City, which generates tens of billions of pounds each year in tax revenues, will suffer relative both to its competitors and to how it would have performed without Brexit and probably in absolute terms as well. Harm is now unavoidable. The United Kingdom is suffering from heightened risk, and the vagaries of its politics since the Brexit vote, including the unexpected outcome of this year’s election, have reinforced that perception. There is no status quo scenario: Even if the United Kingdom was somehow to remain in the European Union after all, that would be disruptive too.

By contrast, since June 2016, the perception of political risk has decreased sharply in the EU-27, and the continent is also enjoying a robust economic recovery. The UK domino has fallen alone: No other member state wants to leave the European Union. Emmanuel Macron’s victory in France has put an end to short-term worries about the integrity of the euro area. Other elections have yielded broadly reassuring results. Even the fiasco of Matteo Renzi’s lost referendum in Italy last December has not been disastrous. None of the numerous political challenges of the moment, including in Catalonia, Greece, Italy, Hungary, Poland, and elsewhere, are widely perceived as threatening for EU integration or the euro. The EU-27 remains exposed to external hazards—geopolitics, the oil price, a surge of refugees—but its major risks are no longer homegrown.

More than that, the European Union’s ability to weather the pressures of the euro crisis, the 2015 migration crisis, and the Brexit vote has left it stronger. As political philosopher Ivan Krastev notes in his 2017 book After Europe, “It’s quite possible that European publics will become more confident about the EU not because it’s become better but simply because it has survived.” Resilience confers legitimacy. In the euro area, the unfinished banking union adds to the sense of cohesiveness. Supervision by the European Central Bank was a reason cited by Nordea, the largest bank in the Nordic countries, when it announced in September that it would move its headquarters from Stockholm (outside the euro area) to Helsinki.

The balance of political risk has shifted. Moving business from the United Kingdom to the EU-27 no longer implies an increase in uncertainty. When Liam Fox, the International Trade Secretary, responded to Blankfein’s tweet by asserting that “money will go where money can be made, money can be moved, and money can be removed—that is a function of law and that is why London will remain pre-eminent,” it sounded debatable rather than self-evident. Given the likelihood that the United Kingdom will leave the single market, the default plan for most international financial firms will be to serve EU-27 clients from an EU-27 location. The implications vary among firms, but an estimated 15 to 25 percent of the City’s business is tied to EU-27 clients in a way that makes it likely to cross the Channel (or the Irish Sea).

Any countervailing effects, of Brexit helping the City to win business, will be considerably smaller. The bonfire of EU financial regulations will be smoldering at best—it is not clear which rules the United Kingdom will want to repeal in this area. Liberalizing bankers’ bonuses could make sense, but would not go down well with the British public. It is equally doubtful that London could substitute new financial business for lost European trades. In past decades, the City has successfully wooed clients from Asia, Russia, the Middle East, the Americas, and elsewhere. How could Brexit win more of that already high market share? Not through lower prices, which are not a driver of clients’ choices. Not through enhanced British soft power or international connectivity either, which have already been impaired since the referendum, and could deteriorate much further.

Some UK firms may stay out of patriotism, but many homegrown firms, and nearly all foreign-held ones, will not be sentimental. If moving jobs and client relationships to the EU-27 is what business logic suggests, it will happen. The US firms at the core of the City’s activity are also the most ruthlessly business-driven. Their employees’ fondness for London will count for little if clients are best served from Frankfurt, Dublin, or Amsterdam. Blankfein made no mystery of the order of Goldman Sachs’s priorities.

The City’s Brexit-inflicted damage over the next decade or so will amount to a significant slice, certainly more than a tenth. But how much worse could it get? That will depend on three interrelated factors: the United Kingdom’s openness to foreigners, the actual sequence and outcome of Brexit, and the competition from outside.

First is whether the United Kingdom will embrace the world or retreat from it—Global Britain or Little England? The City is critically dependent on foreign talent. It will be asphyxiated if the UK closes itself off. But there is also little doubt that a desire to reduce inward migration played a major role in the Brexit vote. As for trade and the economy, Mark Carney, the Governor of the Bank of England, stated the obvious when he noted in a September speech at the International Monetary Fund that Brexit “will be, at least for a period of time, an example of deglobalization not globalization.”

Can the United Kingdom pivot from there to greater openness? Or is it condemned, as John le Carré put it, to become “England all alone, a citizen of nowhere”? Even in the very short term, can the freedom of movement inherent in the EU internal market be maintained during the post-Brexit transition period—if there is one—or would such a proposition trigger a major political crisis? At Mansion House on June 20, Philip Hammond, the Chancellor, bravely talked of Britain pushing “for a new phase of globalization,” a Globalization 2.0 that would be based on trade in services and not only goods. How Brexit could possibly catalyze this transformation is uncertain.

Second, the City’s future will depend on whether the United Kingdom crashes out of the European Union without any agreement, leaves the single market in an orderly way, or doesn’t leave it at all. This in turn will be largely determined by Britain’s attitude to the outside world. A “no-deal” exit would be akin to a selective default, and immensely detrimental to the United Kingdom’s reputation as a safe place for doing business. Should that happen, the City will remain the hub for domestic finance in the United Kingdom, but most of its international activity will leave and not return.

If the exit from the single market happens smoothly and yields a relationship with the European Union based on a new treaty—the stated aim of UK-EU negotiations—the framework for financial services is likely to be comparable to the current EU-US arrangements: a web of supervisory relationships, including mutual recognition of rules, but on a case-by-case basis. This implies the permanent loss of most of the City’s EU-27-related business. Achieving a tighter treaty-based relationship would entail improbably squaring a circle that trade negotiators have struggled with for decades. Financial regulation is largely driven by concerns about stability and systemic risk, which cannot be entrusted to a foreign jurisdiction, no matter how close and well-intentioned.

The most favorable Brexit scenarios for the City are those in which the United Kingdom never leaves the single market. These come in three varieties. The United Kingdom could remain in the European Union, following a dramatic political shift. Time is now short for this, and it would probably be highly divisive. Even if there were a second referendum with a majority vote for “Remain,” Brexit would become the thwarted aspiration of a significant share of politicians and the public, which would bring yet more uncertainty. Alternatively, the United Kingdom could leave the European Union and remain indefinitely outside it while still in the single market. A new government could decide, during a post-2019 transition period, with temporary single market membership, to make that status permanent, as it is with Iceland or Norway. Here too, uncertainty about a future change of status would persist, as it is unlikely that the United Kingdom would be satisfied with becoming a permanent subject of rules made in its absence in Brussels. Finally, the United Kingdom could leave the European Union (though not the single market), and then reenter it. In that case, the City may hope to recover some of the EU-27-related business it would have lost in the intervening years. How much will depend on the political and economic conditions of the moment, which are evidently difficult to assess given that scenario’s current remoteness.

Third and finally, the City’s success could depend on its rivals. New York’s international activity may prosper from Trumpian deregulation or shrink if there is another systemic crisis. Asia’s financial centers may cut their current dependency on the west, or fail to realize their full potential because of the region’s unresolved geopolitical and governance challenges. Closer to home, the EU-27 may become a fierce competitor thanks to its ongoing supervisory integration and the critical mass of its internal market, or fall to its old demons of fragmentation and mercantilism.

To speak the language of financiers, Brexit has no net upside for the City, only net downsides. For the UK economy more broadly, things are more nuanced. Some rebalancing can be expected. As Charles Goodhart of the London School of Economics has noted, advanced manufacturing is unlikely to benefit, given its dependency on complex supply chains. Brexit, by erecting barriers, will negatively impact the United Kingdom’s position in those chains. But other services sectors could benefit from the spare capacity freed up by the City’s losses, in terms of available workforce and real estate, and from a devalued currency. If so, then London could grow ever-more dominant in the UK economy, even as it becomes less central to the European and global financial system. Given the political drivers of Brexit, and the geographical patterns of voting in the referendum, that would be somewhat ironic.

Nicolas Véron is a senior fellow at Bruegel and at the Peterson Institute for International Economics. Follow @nicolas_veron on Twitter.

Systemic Implications of Problems at a Major European Bank