The increasing use of activist unilateral policies by the United States to open foreign markets or deter unfair trading practices is highly controversial. This study reexamines the arguments for and against reciprocity and retaliation in light of actual experience since the early 1980s, especially the more aggressive use by the United States of section 301 of the Trade Act of 1974, which gives the president broad authority to retaliate against "unjustifiable, unreasonable, or discriminatory" foreign trade practices. It analyzes the advantages and disadvantages of these policies and the circumstances under which they are likely to succeed or fail. The study contains an empirical assessment of all section 301 cases concluded between 1975 and 1993. It also provides detailed case studies of various trade conflicts including the Super 301 negotiations involving Japan, Brazil, India, Taiwan, and Korea, financial services disputes with Japan and the European Union, the US-EU conflict over oilseeds, and the US-Japan beef and citrus negotiations. The authors recommend against the future use of Super 301 and urge that the United States pursue a strategy of aggressive multilateralism in the new World Trade Organization.

The increasing use of activist unilateral policies by the United States to open foreign markets or deter unfair trading practices is highly controversial.

[Bayard and Elliott] argue a powerful case ... The Economist

[Bayard and Elliott] argue a powerful case ... The Economist 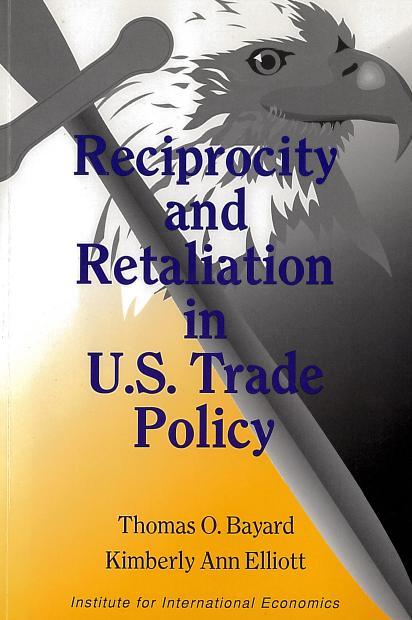 The New Politics of American Trade: Trade, Labor, and the Environment