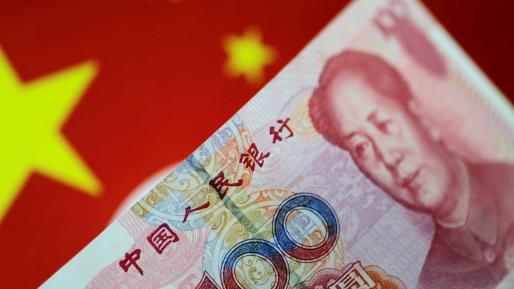 Phase one of the US-China Economic and Trade Agreement tacitly repudiates previous Trump administration policy on China’s exchange rate. In 2019, the administration labeled China a currency manipulator, charging that it had deliberately devalued its currency to make the cost of its exports lower in the United States, supposedly circumventing US tariffs on Chinese goods. That charge was misplaced. China’s currency value declined because of market forces. The phase one accord commits  both parties to “maintain a market-determined exchange rate”—a positive step that has a potential downside for Washington. It removes one of the few tools available to either country in the future to prevent a return of large trade imbalances.

The commitment to  market-determined exchange rates was long the policy of the Obama administration and China had accepted this goal through its participation in communiques of G-20 finance ministers and central bank governors, who endorsed it. China has not engaged in substantial intervention in the foreign exchange market since 2016, and its current account (trade) surplus has been less than 2 percent of GDP in recent years. (See my previous blog post on currency manipulation.)

In August 2019, the US Treasury designated China as a currency manipulator. At that time, Treasury claimed that “China has taken concrete steps to devalue its currency,” but no evidence has emerged to support that claim. Rather, most economists and market analysts agree that China’s currency depreciated organically, without official manipulation, in a market response to rising expectations of US tariffs on Chinese exports, a textbook economic relationship that is supported by a recent PIIE working paper. It is undoubtedly true that China could have intervened to prevent or reverse the depreciation of August 2019, but that would be contrary to the goal of maintaining a market-determined exchange rate. The phase one currency chapter does not call for China to take any steps to resist future market developments.

Repudiating past mistakes is always a good idea. But the Trump administration has now undertaken the same pledge it received from China, to leave exchange rates to the market and not to target them for competitive purposes. Exchange rate policies can be harmful when they perpetuate large trade imbalances, as China used to do. But modest interventions that lean against the wind of excessive trade imbalances can be helpful and are not prohibited by the rules of the International Monetary Fund. The Trump administration may come to regret its promise not to use one of the few tools it has to narrow the growing US trade deficit.

China's Currency and the US Economy