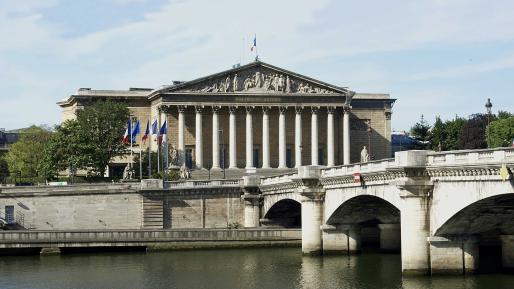 France Threatens a Digital Tax: Will the US Retaliate?

Undeterred by warnings from the US government, France has imposed a digital tax that targets US tech giants—firms like Amazon, Apple, Facebook, and Google. The new tax contravenes established principles for taxing multinational corporations (MNCs) that operate in two or more tax jurisdictions and discriminates against US firms. As a result, the United States has already sent strong signals of disapproval. Washington should now respond vigorously by opening a Section 301 investigation that may restrict French exports, and/or invoke Section 891 of the Internal Revenue Code and double taxes on French firms operating in the United States.

On March 12, 2019, speaking in Paris, Chip Harter, a US Treasury tax official, declared, "What we have seen of the most recent French proposals, we view them as highly discriminatory against U.S. businesses ... Various parts of our government are studying whether that discriminatory impact would give us rights under trade agreements, WTO, treaties." Subsequent statements by administration and congressional officials (including Secretary of State Mike Pompeo) amplify this warning.1

The question now is whether the US Treasury or the US Trade Representative (USTR) will back up strong words with retaliatory trade or tax measures. If not, digital taxes will almost certainly proliferate while the Organization for Economic Cooperation and Development (OECD) takes its time to debate changes in international tax rules. The OECD harbors an implausible aspiration to reach a global solution by 2020, and France's plan to enforce its own tax until a solution is agreed guarantees a lengthy debate.

The French digital tax is ill-considered firstly because it contravenes the "permanent establishment" principle for dividing the profits of a multinational company between two or more taxing jurisdictions. Under current tax treaties, the existence of a permanent establishment—some sort of physical presence—is the threshold for including a portion of corporate profits in the domestic tax base. Digital firms, including US tech giants, purvey their websites globally with no physical presence in most countries. The claim is often made that the internet calls for a new threshold for dividing the corporate tax base. But until a new threshold is agreed between countries, national self-help measures, like the proposed French tax, will result in double taxation and discourage the spread of digital commerce, one of the strongest forces now lifting the global economy.2

Alongside its conflict with the permanent establishment principle is the de facto discriminatory nature of the French tax. The 3 percent tax on advertising revenue generated by digital platforms will hit about 30 tech companies. These are predominantly US firms, thanks to a high revenue threshold before a company is subject to the tax.3 Moreover, an amendment adopted in the French Assembly would exempt the "intermediary" ad exchange platform offered by Criteo, a French firm. With this amendment, the tax is discriminatory on its face, flatly contradicting France's obligation to ensure national treatment of foreign digital firms under the World Trade Organization (WTO) General Agreement on Trade in Services (GATS).

The French Assembly champion, Joel Giraud, dismissed a retaliatory US response, arguing that the projected amount of tax revenue collected (€400 million) is too small to trigger a trade war.4 But from a US perspective, the stakes are an order of magnitude larger than whatever tax France might collect. Unless the United States mounts a vigorous response, several other countries will pile on with their own digital taxes—Australia, Austria, Italy, and the United Kingdom have already drafted their proposals, and other countries will soon follow. Few tax measures could be more appealing to legislators than taking a bite out of US tech giants.

US-EU trade relations are already fraught with disputes—US "national security" steel and aluminum tariffs, threatened US auto tariffs, and the prospect of mutual retaliation in the Boeing-Airbus conflict, to name the most prominent. The French digital tax will add fuel this bonfire. But retaliation against the French tax would enjoy much stronger justification than other US measures troubling its commercial relations with Europe. The United States has two plausible avenues for a vigorous response:

Both US actions are unilateral and would be controversial. Unilateral measures should be accompanied by an appropriate complaint in the World Trade Organization. Meanwhile, France's unilateral approach calls for a swift US response, and WTO cases are anything but swift. Vigorous and timely US responses may persuade France to reconsider and simultaneously dissuade other countries from adopting their own digital taxes.

1. On April 4, Pompeo told his French counterpart that the tax was discriminatory and bad for both France and the United States. One day earlier, echoing Pompeo's comments, 15 Republicans on the House Ways and Means Committee wrote President Trump urging the White House to use "all appropriate means" to respond. More recently, on April 8, 2019, Deputy Assistant to the President Clete Willems told the US Chamber of Commerce that Washington is "extremely disappointed" with France's tax scheme.

2. See "Can Digital Flows Compensate for Lethargic Trade and Investment?"

How Congress Can Help Overturn the French Digital Tax

Trump Gets It Right on Digital Taxes!