Authors' note: We thank Fred Bergsten and Brad Setser for helpful comments. See an update to this discussion for 2016–18.

The Trump administration's revision of the Korea-US Free Trade Agreement (KORUS), negotiated in late March, was reported to have contained a side agreement that could have broad implications for US trade policy in the future. That side agreement calls for a ban on currency manipulation by the two trading partners.  Details of the agreement have yet to be released, but it is likely to be similar to one that was part of the Trans-Pacific Partnership (TPP), now abandoned by the United States. A side agreement on currency manipulation is likely to be part of a revised North American Free Trade Agreement (NAFTA) still under negotiation.

Currency manipulation occurs when a country purchases excessive amounts of foreign-currency assets to hold down the value of its own currency in order to boost exports and maintain a large current account (trade) surplus. Korea, for example, has been accused of manipulating its currency in the past, which probably explains why the administration wanted to include a clause on currency manipulation in KORUS.

Although down from its peak about a decade ago, currency manipulation continues to occur. In recent years the largest manipulators have been Singapore and Switzerland, with average annual purchases in 2016 and 2017 of about $90 billion and $80 billion, respectively. Six other countries continue to manipulate to a lesser extent. Most oil exporters have switched to selling official foreign assets to cushion the blow of lower oil prices.

In previous years, China had been by far the largest currency manipulator. It switched to selling official foreign assets in 2015 and 2016 to prevent its currency from depreciating in the face of net private financial outflows. In 2017, these private outflows ceased and China's net official flows were negligible (as a share of GDP).

According to Bergsten and Gagnon (2017), a country must meet all of the following criteria to be considered a currency manipulator in a given calendar year:

The US Treasury has adopted the first two of these criteria in its semiannual report to Congress on "Foreign Exchange Policies of Major Trading Partners of the United States." Treasury limits its analysis to the top 12 trading partners, and, as required by statute, includes a criterion that a country have a significant bilateral trade surplus with the United States. However, with today's mobile capital and complex supply chains, bilateral trade balances are not an appropriate criterion for manipulation (Bergsten and Gagnon 2017, 78).

During the 11 years from 2003 through 2013, a group of 20 countries purchased an average of more than $600 billion each year in excessive quantities of foreign currencies to support large current account surpluses (Bergsten and Gagnon 2017, table 4.1). The table below provides information for 2015–17 for 19 of the 20 countries identified by Bergsten and Gagnon.1 The countries are divided into three functional groups: financial centers, manufacturing exporters, and resource exporters. The first column displays the number of years out of the three years examined that the country met all of the above criteria. The remaining columns display the net official assets, net official flows, and current account balances of these countries. Within each group, the countries are ranked by years of manipulation first and 2017 official assets in dollar terms second.

Financial Centers Are the Largest Manipulators at Present

As a group, the financial centers are the largest and most consistent manipulators in recent years. In dollar terms, Switzerland had the world's largest net official flows in 2016 and Singapore had the largest such flows in 2017.

The circumstances of each financial center are somewhat different. Switzerland's manipulation is conducted entirely by the central bank as it strives to prevent further appreciation of the Swiss franc and thus maintain a large current account surplus.2 Singapore's manipulation derives primarily from its public pension system, which collects high payroll taxes from workers and invests them entirely overseas through a sovereign wealth fund to back future pension obligations. Hong Kong and Macao both have fixed exchange rates and high rates of domestic saving, which create current account surpluses that the monetary authority buys up to prevent appreciation.3 Macao also has a separate fiscal reserve account that invests fiscal surpluses overseas.

China Is Not Manipulating

By far the largest currency manipulator in 2003–13 was China. In 2015 and 2016, China did the opposite—it sold large amounts of foreign assets—to prevent its currency from depreciating when private investors became net sellers. The private net outflow ended in 2017 and China made negligible net official purchases (less than 1 percent of GDP).

Thailand moved rapidly from negligible net official flows in 2015 to a very large 8 percent of GDP in 2017. At the conclusion of their latest mission to Thailand, staff from the International Monetary Fund (IMF) released a statement noting the large current account surplus and urging the Thai authorities to adopt looser monetary and fiscal policies and to limit currency intervention to "addressing disorderly market conditions."4

Japan is a special case: It raised the target share of its public pension fund invested in foreign assets from 17 percent to 40 percent between 2012 and 2016, implying net international financial flows of more than $200 billion (4 percent of GDP) spread over several years.5 However, because its public pension fund is managed independently and is supposed to operate on market principles, it is not included in official flows. Public pension funds in other countries, including the United States, are similarly excluded from net official financial flows.6

The other manufacturing exporter in the table, Malaysia, has not had official purchases on balance over the past three years.

Most Oil Exporters No Longer Manipulate

Oil prices fell sharply in 2014 and 2015 and have recovered only modestly since then. After years of large positive net official flows, most oil exporters drew down their foreign assets in 2016 as they sought to smooth the fiscal adjustment to lower revenues. Algeria and Trinidad report continued negative net official flows in 2017. Data are missing for 2017 in the United Arab Emirates, Kuwait, and Oman, but it seems likely that these countries also continued to have net sales.7 Russia resumed significant net purchases in 2017, but not at a level that met our criteria.

Norway continues to accumulate net official assets, albeit at a slower pace than previously. In 2016 and 2017, Norway's net official flows were slightly above the criterion of 65 percent of oil exports minus production cost. For a thorough discussion of Norway's oil saving policy, see Gagnon (2018).

Gagnon, Joseph E. 2018. Can a Country Save Too Much? The Case of Norway. PIIE Policy Brief 18-7. Washington: Peterson Institute for International Economics.

1. Libya is excluded owing to lack of data.

2. Officials at the Swiss National Bank argue that their intervention is aimed at preventing deflation. Gagnon (2014) discusses alternative policies Switzerland could adopt to prevent deflation.

3. Alternative policies include easing monetary policy, including through quantitative easing, or allowing the exchange rate to appreciate (Gagnon 2014).

5. It is possible that including these purchases in net official flows would still not exceed the 2 percent of GDP criterion in any one year.

6. The government of Singapore includes the flows arising from its pension system in official flows, presumably because they are invested through a government-run fund that does not operate on strict market principles. Indeed, it is highly unlikely that private investors would direct all of their saving into foreign assets, even in a relatively small economy.

7. Stock data for these three countries are based on outside estimates. Flow data for United Arab Emirates and Oman are constructed as changes in the stock estimates, and thus include valuation effects. 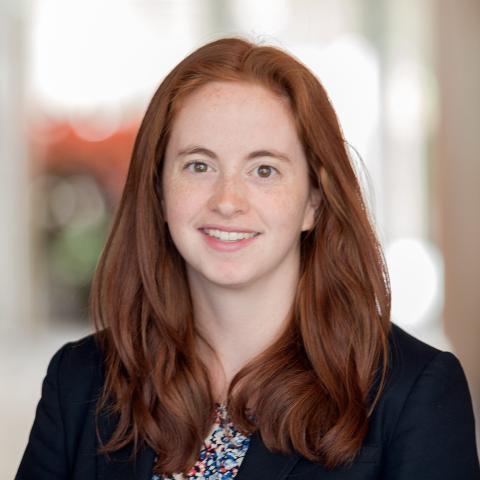