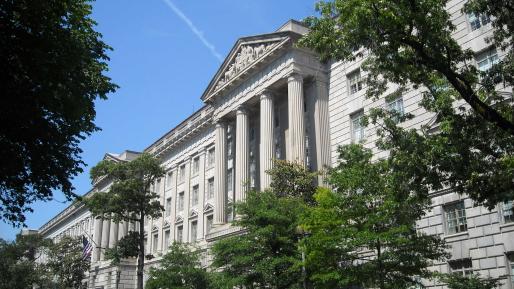 President Donald Trump has repeatedly deplored currency manipulation by US trading partners—the practice of weakening one’s own currency to improve trade balances by making exports cheaper and imports more expensive. Trump accused China of manipulating the yuan during his 2016 presidential campaign but could not impose punishment after his election because China had stopped manipulating some years prior.

There has been little manipulation in the past several years, as the Treasury Department again recently noted. But the Commerce Department has proposed a new policy to deal with the issue in case it re-emerges: countervailing import duties (CVD) against foreign products effectively subsidized by manipulated exchange rates.

The Commerce proposal, however, is the wrong tool to deal with this problem. Its narrow focus would render it largely ineffective, while it would probably violate global trading rules and invite retaliation, fueling the current trade wars. A far better alternative would be for the Treasury to counter currency manipulation by announcing that it would respond directly in the foreign exchange markets to neutralize—and thus deter—other countries’ efforts to keep their currencies artificially weak against the dollar.

Currency manipulation has been a serious problem in the past. In our 2017 book, Currency Conflict and Trade Policy: A New Strategy for the United States, Joseph E. Gagnon and I estimated that aggressive intervention averaged about $500 billion per year during the 2003–13 period and transferred hundreds of billions of dollars’ worth of trade from deficit countries (mainly the United States but also the euro area) to surplus countries (mainly China). Both US law and World Trade Organization (WTO) rules authorize imposition of countervailing duties when a trading partner subsidizes exports. Currency manipulation is the functional equivalent of such a subsidy, though neither the United States nor international rules have covered it heretofore. The House of Representatives (in 2010) and the Senate (in 2015) passed bills to do so, but as they were never able to agree, US law remained unchanged.

Problems with the Commerce Department’s Proposal

Two conceptual issues stand in the way of a sensible approach to this problem. The Commerce proposal refers to both “undervalued” and “unfair” exchange rates, but the two concepts are different. A currency can be undervalued in trade terms without any “unfair” governmental intervention. The reason is that other forces, like capital flows and erroneous market assessments, can cause currencies to fluctuate. Countervailing duties can legitimately apply only when deliberate policy actions result in a weaker currency. To its credit, Commerce makes this distinction clear.

The second conceptual problem is that assessing equilibrium exchange rates is exceedingly difficult. The term “undervaluation” should be avoided altogether. Instead, determining manipulation should be based on objective criteria: a sizable current account surplus and significant exchange rate intervention on the part of the country in question. This is the approach of the Trade Facilitation Act of 2015, which now sets US currency policy. But calculating the amount of a countervailing duty would require estimating the degree of “undervaluation,” another practical problem with implementing the concept.

Moreover, the WTO may not uphold the use of countervailing duties in currency cases and would probably authorize countries to retaliate. I believe the policy is worth a try, in light of the clear economic case, but a majority of trade lawyers think it would not be permitted. If that turns out to be the case, the United States should try to change the WTO rules to make such challenges possible, especially in the current environment of trade wars with international rules and institutions already under enormous stress.

The biggest problem with the CVD approach is that it would not achieve much. Commerce acknowledges as much in its proposal, estimating a tiny impact in trade and revenue terms. The industry in question would have to demonstrate that it was injured by the currency subsidy. The countervailing duties would apply only to that industry’s imports, not US imports more generally (unless other industries followed) nor US exports or competition in third-country markets. The focus on one country would enable an exporter to avoid the penalty by shifting production to another foreign location.

The preferable alternative is thus to initiate a policy of countervailing currency intervention (CCI) rather than, or in addition to, countervailing import duties. When a country buys dollars to keep its own currency weak, the United States would simply buy an equivalent amount of that country’s currency to neutralize the impact on the exchange rate and obviate any impact on competitiveness and trade flows. There would be no budgetary cost to the United States. No international rules would be violated. US announcement of such a policy would probably suffice to deter others from resuming manipulation.

CCI would cover US exports and competition in third markets as well as imports. It would hit an entire country, rather than just a specific industry, and properly avoid having to demonstrate injury. The operation would be located in Treasury, avoiding the bureaucratic problems that would inevitably occur under the CVD approach that necessitates coordination between Commerce and Treasury. CCI would be a far superior response to currency manipulation than the CVD approach that is now being considered.