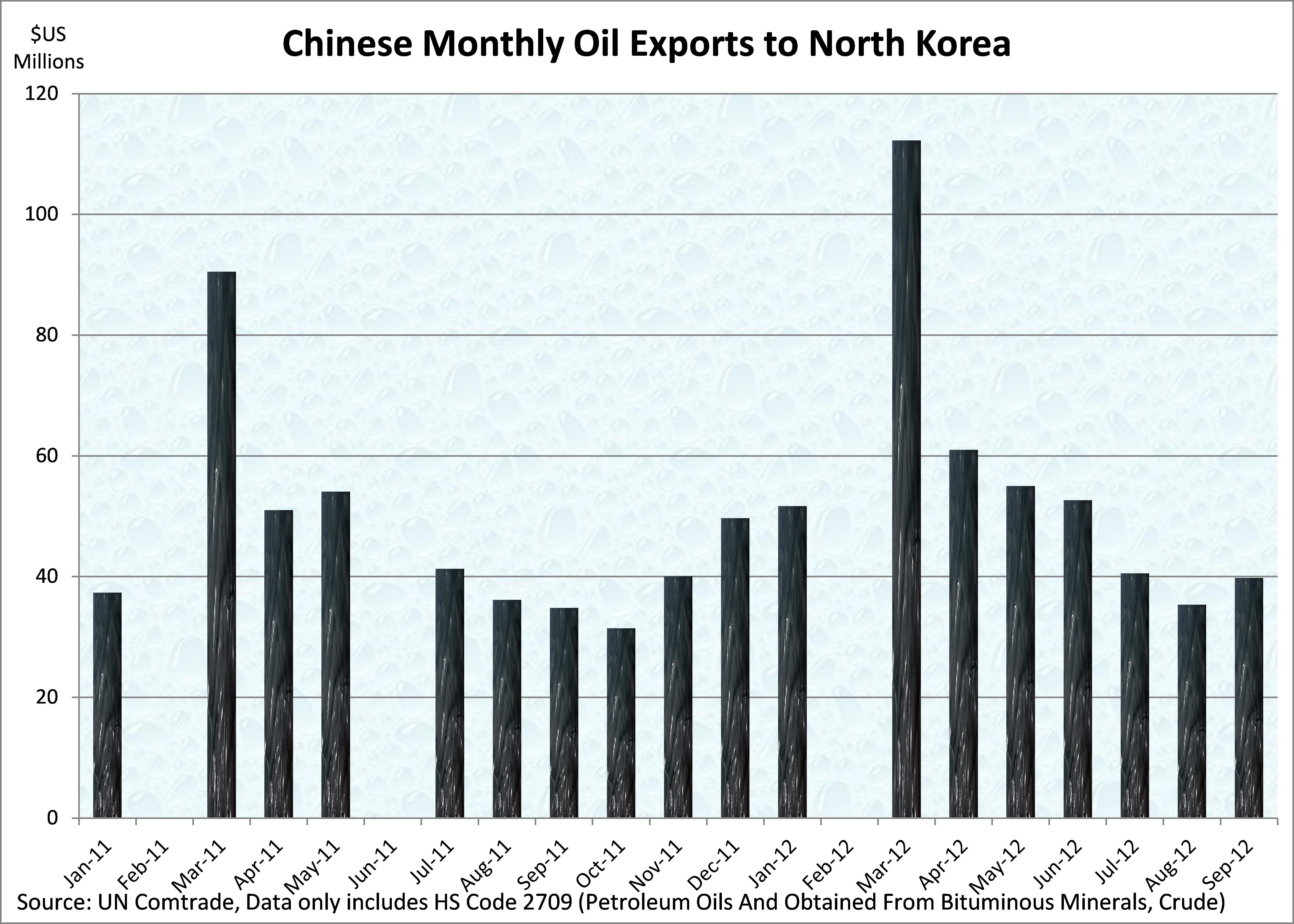 Former US Assistant Secretary of State Kurt Campbell has an interesting piece in Foreign Policy about how the North Koreans are testing Chinese patience. We all hope so. Since the passage of the sanctions resolution everyone has been looking for signs that the Chinese may take additional actions. Unfortunately, these stories often reflect wishful thinking, or simplly weak reporting as news sources battle to produce copy.

Take for example this recent story from Reuters about Chinese oil exports to North Korea.  According to customs statistics, China did not supply North Korea with any oil in February! Are they cutting them off? Has Beijing reached the limits of its epic patience?

Wait a minute. Reuters first wrongly reported that this pattern hadn’t occurred since 2007, suggesting that the halt in oil shipments was unusual and therefore must be a response to North Korean behavior.  They later corrected the report to say that the last time oil shipments didn’t occur was actually February of last year, not 2007.  This correction didn’t prevent speculation by multiple outlets that the lack of shipments was a signal of Chinese displeasure.

The story has surface plausibility: if the Chinese really were getting annoyed, there would be no better way than to interrupt oil shipments. North Korea’s reliance on Chinese oil is high.

The only problem with the story is it’s almost certainly false. A quick glance at the figure above provides the real explanation; Chinese oil shipments have a seasonal quality. None were reported for February 2012, nor for February 2011 nor for many Februaries prior as well.  In addition, March shipments have often been reported at almost double the value of other months.

Several things might be happening. One possibility is that China is unable to provide oil in February due to poor weather or other reasons, but the slack is then picked up in March when shipments nearly double.  The second explanation is that February is the time of Chinese New Year celebrations and many offices close up shop for the holiday.  February shipments of oil might happen, but are only reported in March.  A third possibility is that Chinese New Year celebrations lead to a temporary stoppage of oil shipments in February.

Whatever the reason, we cannot assume that Chinese pressure on North Korea is the answer. And in fact, China is probably unlikely to take such a heavy-handed approach, although we would be delighted if they did.