Slave to the Blog: The Entertainment Tonight Edition

Its Friday, its August, and I am in Hawaii. So it’s the Entertainment Tonight version of STTB. [Due to threat of war, this post was pre-empted last Friday. Sort of like NBC cutting away one of the most exciting finishes in NFL history to broadcast "Heidi." But I digress.]

“If you’re going to have your own calendar, you really may as well have your own time zone too. Surprised it took them that long to figure out.” Kent Boydston, private communication, 14 August 2015. 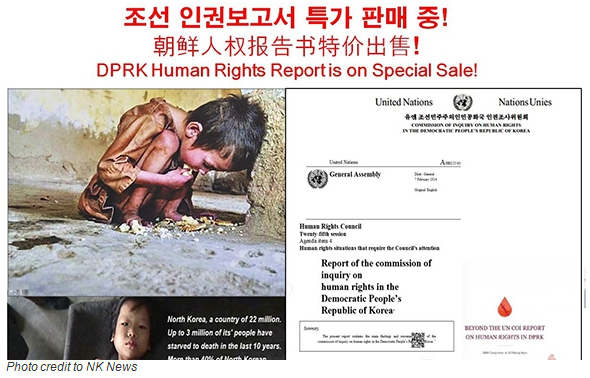 First up, hackers. Last week (hey, news travels slowly in the Sandwich Isles) Jack Rendler sent along a story from Yonhap via NK News about how two North Korean-websites were hacked somewhat cleverly. On the homepage of North Korean book publishing site www.dprk-book.com hackers replaced the normal propaganda fare with a sale on the UN Commission of Inquiry Report. Another site, promoting tours to the shuttered Mount Kumgang tourist site was also reportedly vandalized.

(If this were really Entertainment Tonight most of the viewers would have turned off after that lead story. I think we need some titillation to hold the remaining viewers.)

Next up, Tinder. As in much commentary on North Korea, the next story involves no first-hand knowledge. I don’t have a Tinder profile, Haggard doesn’t have a Tinder account, and when I asked Boydston he just mumbled indecipherably. (For the record: Boydston swears he has no Tinder account either.) In response to a Vanity Fair account of the “death of dating,” partly blamed on the hook-up app Tinder, the company went a bit nuts, making the astonishing claim that it had many users in the DRPK. (Definitely no Grindr users in North Korea, lol.) The dustup did generate some truly classic internet memes, though. And this gem.

“How terribly frustrating it must be to be able to create your own time zone and yet not have enough lobsters or missiles.” Patrick Cronin, PacNet #49, 13 August 2015

The North Korean guy they caught at my neighbor post office trying to ship military-grade dual use equipment to China? They extradited him to Utah.

"What we've got here is failure to communicate." Strother Martin as "Captain," Cool Hand Luke.

Finally, Laibach played the first of two scheduled shows in Pyongyang. The NYT concert review quotes KCNA as to the effect that “Performers showed well the artistic skill of the band through peculiar singing, rich voice and skilled rendition;” Julian Ryall's story in the Telegraph includes amusing footage of the show, some interviews, and shots of what must be the dullest crowd in the 35 year history of Laibach. Looking at these office clerks, a vision popped into my head:

Boss: "Ok, time for our summer mobilization assignments.  Kim, you're going to down to South Hwanghae to help with the harvest.  Park you'll stay here and hold down the office.  Cho, you're going to the music hall to listen to a bunch of Slovenian weirdos sing Rodgers and Hammerstein."

More entertaining was this preview from John Oliver. And, yes, they did do the "Sound of Music" medley.