Pyongyang Racer is a North Korea (Pyongyang, actually) themed driving game produced by North Korean students from Kim Chaek University and hosted/supported by Koryo Tours.  The player controls a car driving through the streets of Pyongyang looking for fuel barrels and notable destinations all while avoiding reprimands from traffic police. The game came out in 2012, but it was difficult to get the game to load in browsers. We recently checked back and the game is live. A few screenshots provided below give a good idea of the good times to be had. Head over to the website and give the game a try. For those who have actually been to Pyongyang, leave a note in the comments about the accuracy/inaccuracy of the scenery. Enjoy! 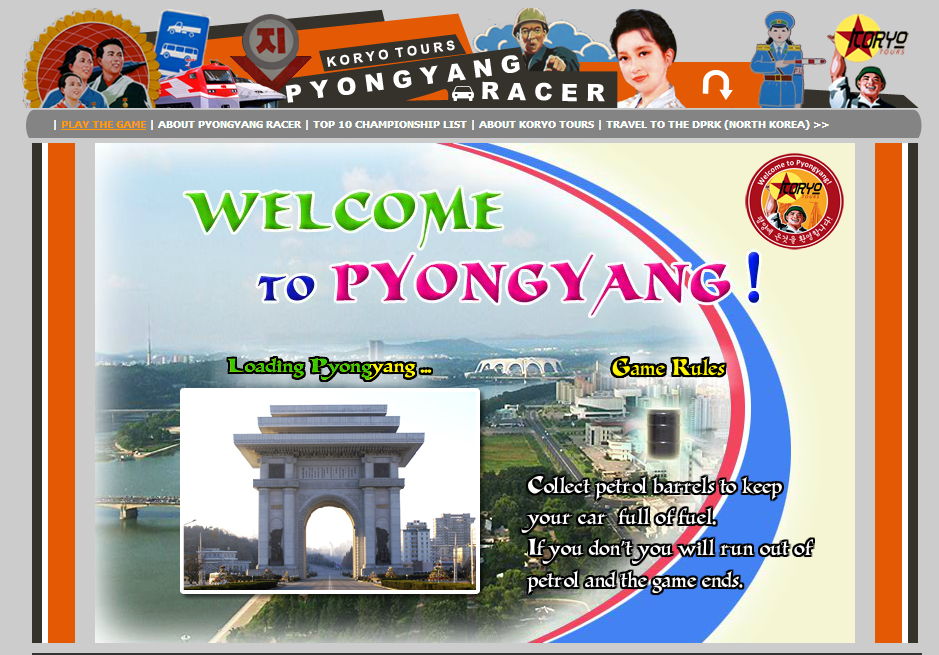 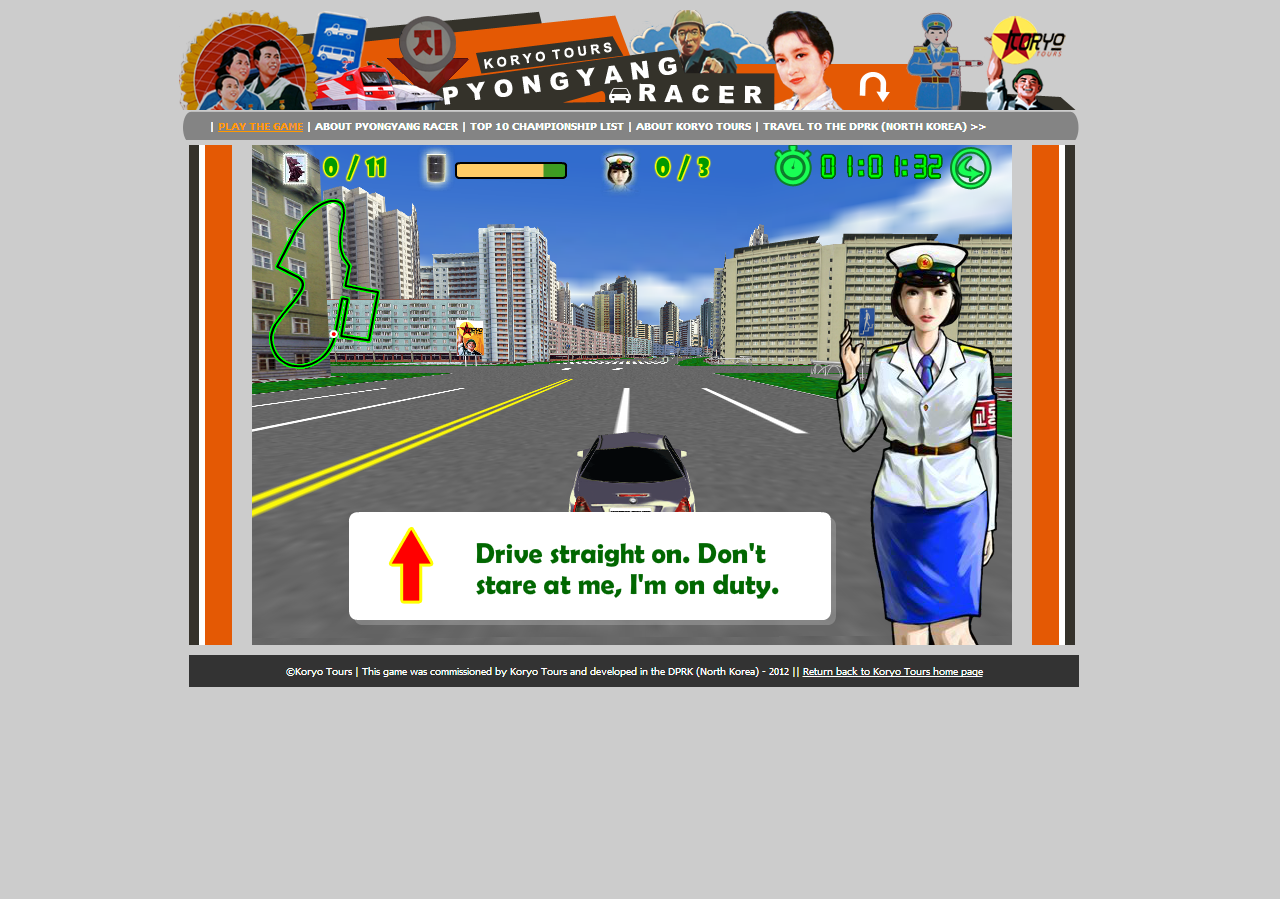