The Funeral Procession: the Gang of Eight

Last week, we reviewed some recent analysis of the post-Kim Jong Il political pecking order by Rudiger Frank, Ken Gause and Luke Herman. Frank emphasized the role of the Party as kingmaker. Gause provided some evidence for the “regency” model by focusing on some early decisions that did not appear to have Kim Jong Un’s imprimatur; he also gave particular weight to important familial connections. Herman exploited protocol rankings to identify the top leadership. We emphasized the continuing role of the military and the inter-penetration of the top party, state and military and internal security leadership.

We now have one more bit of protocol information: the identities of the seven top officials who accompanied the funeral coach with Kim Jong Un. We know that such events are elaborately stage-managed, down to the old Soviet practice of airbrushing out unsightly details. The task of orchestrating the funeral probably fell to the Agitation and Propaganda Department of the party Secretariat under the direction of Kim Ki-nam. Selection into this group may or may not constitute a signal of genuine weight within the regime, but it clearly has wider propaganda and symbolic significance.

Those on the right side of the coach—with Kim Jong Un in the post position—were dressed in civilian clothes. On the left of the coach were four top military leaders, suggesting a regime that rests on two pillars. Following are links to the bios of each of these individuals from Michael Madden’s North Korea Leadership Watch followed by their funeral committee ranks, their funeral ranks, their formal institutional positions, family connections and some brief commentary. 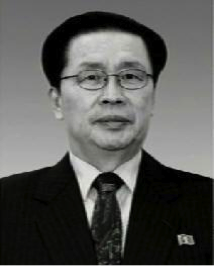 Chang was ubiquitous at the funeral ceremonies, often at Kim Jong Un’s elbow. As the Chosun Ilbo noted, he appeared at the funeral ceremony in a military uniform with 4-star rank despite the fact that there had previously been no indication that he held any military rank at all.  Chang’s central role is clearly being confirmed—at least for the time being. 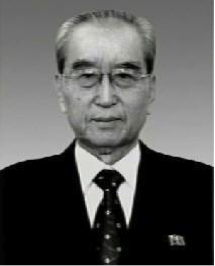 Kim is the head of the state’s propaganda apparatus, an organization that is crucial for the roll-out of KJU. Yonhap draws the comparison to Goebbels.

Interestingly, Kim has traveled to the South. In 2009 he had an opportunity to meet South Korean President Lee Myung Bak as part of the North Korean delegation to the funeral of late President Kim Dae Jung. In 2005, he also led a North Korean delegation to the August 15 Grand National Festival, paying respects at the South Korean national cemetery and meeting then President Roh Moo Hyun. Clearly a member of the old guard with obvious age constraints, but crucial for driving the propaganda machine during the transition. 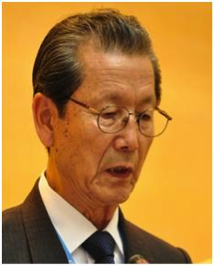 Ch’oe is a reputed protégé of SPA Presidium Vice President Yang Hyŏng-sŏp and is tied to Chŏn Byŏng-ho, as well as Kim Kyŏng-hŭi. Ch’oe has played a significant role in North Korea’s foreign affairs, although he is not considered the top figure in that regard; that role is apparently held by Kang Sŏk-chu, who also sits on the Politburo. Ch’oe purportedly speaks German, Russian and English. According to NK Leadership Watch he played some role in promotion of overseas education for select North Koreans in the early 1980s and again in the early 2000s, giving him a more liberal and outward-looking aura.  Following the 3rd Party Conference on 28 September 2010, Ch’oe was the point person to Beijing to explain the rise of KJU as KJI’s successor. Yonhap speculates that his visibility could signal a willingness to undertake diplomatic initiatives.

The SPA is not a deliberative legislative body and usually meets only once a year for a few days to rubber stamp legislation and to issue decrees that have already been decided. Nonetheless, the SPA plays some legitimating role and serves to formally communicate directives to the government; Ch’oe coordinates that process with the top leadership. Ch’oe’s foreign policy role may also be tied to his position as head of the SPA, since it is formally one of the top government positions and thus germane to any government-to-government contacts, including aid-seeking.

The left or military side of the entourage is led by: 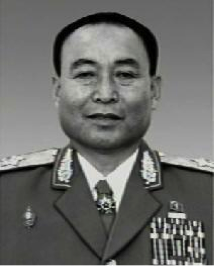 The crucial issue with respect to the military is often posed in terms of formal lines of control, which are hard to read. On the one hand, Ri was promoted to Vice Marshal at the 3rd Party Conference in 2010 and is the man in charge of joint KPA wartime operations. As a result, he is clearly one of Kim Jong Un’s most senior military advisors. At the same time, Ri ascended into the Politburo Presidium—apparently with support from Chang Sŏng-t’aek according to Yonhap—over several officers with more seniority including Oh Gŭg-ryŏl and Kim Yŏng-ch’un.  This promotion places one of the highest-ranking military officers in the most selective political body in the country, evidence for the weight of the military at the very center of the regime.

However, those emphasizing KWP note the complex and overlapping lines of control between the party and the military. The General Political Department (GPD) of the KPA maintains and operates the “commissar system” of political officers assigned to units, including Ri’s general command itself. Defectors claim that these GDP officers, who have responsibility for political indoctrination, have more power in the units and in the KPA more generally. (Following the death of Cho Myŏng-nok in 2010, the directorship of this General Political Department has been empty, with first deputy director Kim Chŏng-gak acting as chief; we come back to him in a moment).

However, some have argued that the General Political Department is ultimately under the oversight of the KWP Organization and Guidance Department, which would suggest that the party is in command.

We are skeptical of these “party in command” arguments. Ri is a member of the Presidium and Vice Chairman of the CMC; he doesn’t fall under anyone but Kim Jong Un. Kim Chŏng-gak is an alternate member of the Politburo and a member of the CMC; we don’t see him falling under the OGD either. In a leaderist system, lines of authority converge at the very top where an interlocking group with multiple roles provides counsel. Some of these groupings are formal—the Presidium for example—but others are almost certainly informal. Mary Fulbrook’s Anatomy of a Dictatorship: Inside the DDR 1949-1989, shows how Honecker increasingly took important decisions in informal meetings with close aids rather than through the Politburo.

Rather than thinking of an organizational chart we find it more useful to think of the top leadership constructing bases of support that involve an exchange of loyalty for something: budget, policy concessions, perks. The inclusion of Ri in the Politburo Presidium is a sign of continuity in the presence of top military personnel at the pinnacle of the regime (both the Politburo Presidium and the CMC). Moreover, the power of the General Political Department of the KPA—whose chief is represented among the Gang of Eight—should be seen as operating in parallel with, rather than underneath—the Organization and Guidance Department, which plays a similarly crucial function within the party. 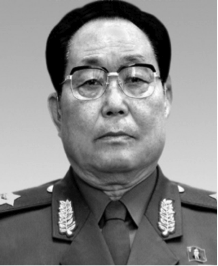 Walking behind Ri Yŏng-ho, Kim Yŏng-ch’un represents the old power elite in the KPA. Following in the footsteps of Oh Gŭg-ryŏl—who had ties with Kim Il Sung going all the way back--Kim Yŏng-ch’un played a crucial support role for Kim Jong Il. However, his selection into the Politburo fell short of Ri’s rise into the Presidium. Nevertheless, South Korean media rightly depicts Kim’s inclusion in the “Gang of Eight” as a sign of continuity with the old guard. 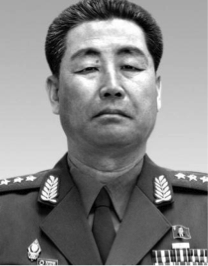 In addition to his inclusion in the Gang of Eight, Kim was also a designated speaker representing the KPA during the memorial service held in Pyongyang on the day following the procession. He is the one member of the Gang of Eight who saw an increase in his ranking between the funeral committee and the funeral itself.

As acting chief of the KPA General Political Department, Kim Jŏng-gak is in charge of political indoctrination, education and surveillance of the military. He is also known to be in charge of military personnel management, critical for ensuring the military’s loyalty toward KJU through the promotion process. As a result, his significance to the stability of the regime is arguably of equal or even greater significance than that of Ri Yong Ho who formally outranks him. To watch: will Kim Jŏng-gak  become the Director of the KPA General Political Department to fill the post left empty since the death of Cho Myŏng-nok? 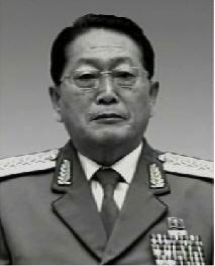 The chief position at the Ministry of State Security remained vacant for 24 years as KJI acted as de facto chief of the internal security apparatus. Citing other sources, NK Leadership Watch suggests that General U might have filled this position although this is not confirmed. Nevertheless, the significance of including a high-ranking general linked to internal security hardly needs comment.

We know, we know: one should not read too much into these things, in part because they could well be transitional. But as B. R. Myers has emphasized throughout his work on North Korea, if the regime invests heavily in symbols we should invest heavily in understanding them. Three things stand out from the funeral as political theatre: