At the end of last month, Premier Li Keqiang promised to take action to cut funding costs for Chinese companies.  His statement is a response to complaints from Chinese companies that tight credit conditions are damaging the economy. The policy response is multipronged, including a targeted cut of the required reserve ratio, keeping interbank borrowing rates low and selectively relaxing the loan-to-deposit ratio. It’s too early to say whether this constitutes a wholesale change in the government’s monetary stance, but it certainly represents a course adjustment.

It’s true that real lending rates for enterprises have ticked up over the course of the last several months. The growth is driven mostly a drop in inflation rather than significant increases in nominal borrowing rates. Nevertheless, higher funding costs can feel like a large burden during a period of slowing growth. 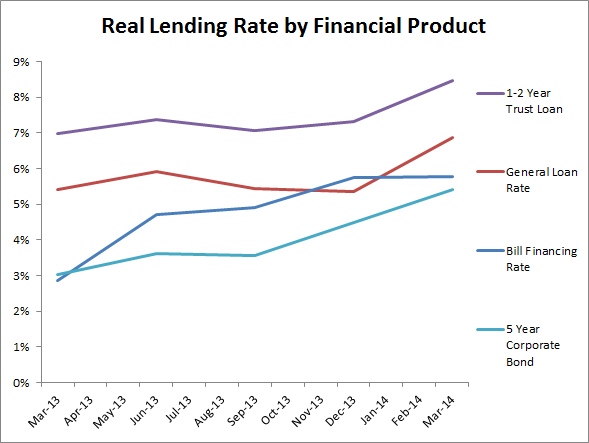 Funding costs for banks have remained mostly subdued. Interbank rates are significantly below the highs seen at the end of last year and the central bank has not increased the benchmark deposit rate in two years. Rates on wealth management products are up modestly, largely in line with the increase in lending rates. 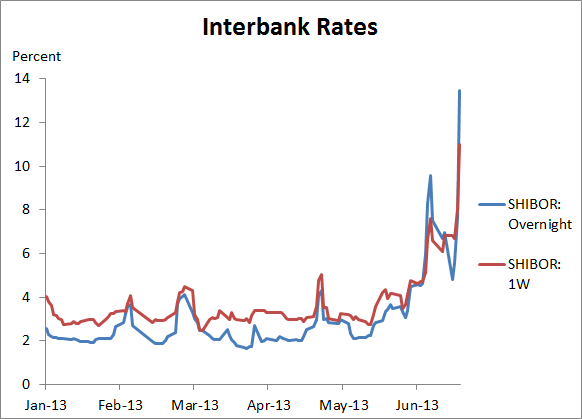 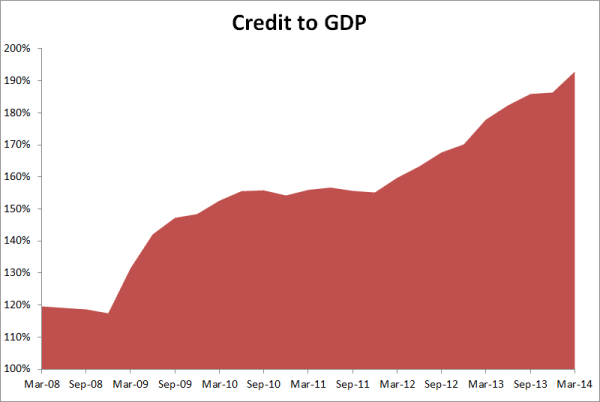 So are Chinese borrowers justified in their complaints and should the government take steps to ease credit?

What we are seeing now is the process of normalization in the Chinese financial system after several years of exceptionally rapid growth. The shift from an environment where credit is growing extremely rapidly to one where it is growing more moderately is a large shock, especially to firms grown accustom to overly easy borrowing conditions. The chart below shows the scale of the shift. Over the past year, the growth rate of new credit has gone from over 60 percent year-on-year to negative 10 percent. The stock of total credit continues to grow, albeit at a slower pace than before. 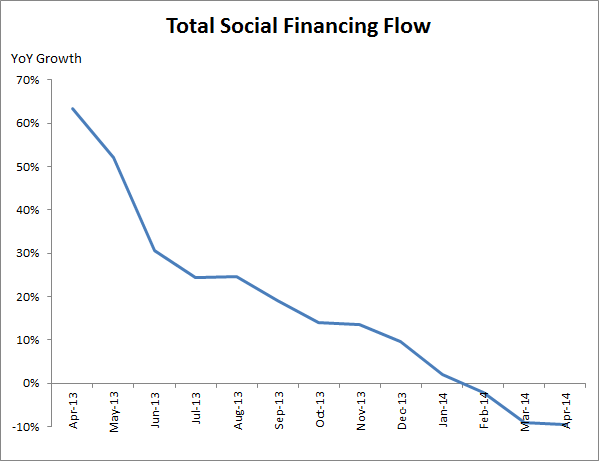 The moderation in the growth rate of credit is healthy and will help put the Chinese financial system on more sustainable footing. Firms that were used to receiving low lending rates will naturally complain when rates increase. Firms with returns less than the cost of capital will face potential default, particularly if they have been relying on new loans to pay back existing loans. Yet this sort of shakeout of inefficient firms is a necessary part of improving the allocation of credit.

Given these concerns, policymakers are wise to take some steps to cushion this process at the margin. Yet the tweaks to these prudential ratios are likely to be less effective at increasing the flow of credit to small enterprises than moving forward with interest rate reform.  There should be no confusion, however, that credit in China is anywhere close to tight. Easing credit conditions in an effort to boost credit growth back to the levels of the last several years would be a significant mistake. The sooner the Chinese financial system can get back to normal the better.

The Link Between China’s Currency Policy and Bank Liquidity