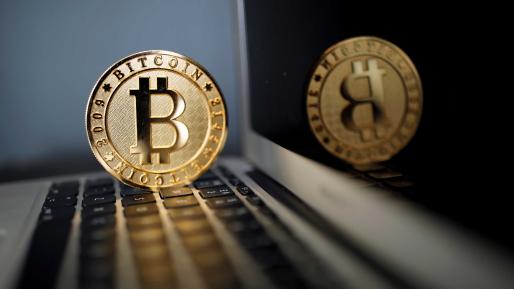 Why China Is Cracking Down on Cryptocurrencies and ICOs

China initiated a harsh crackdown on cryptocurrencies in early September, part of a broader toughening against financial risk and increased regulatory vigilance on new financial products. Initial Coin Offerings (ICOs) are now banned, a necessary action at present to protect investors from fraud and maintain financial stability in the short term. The ban is likely to be temporary and should not become permanent.

An ICO is a much broader concept than the similar sounding process of an initial public offering (IPO). ICOs are most commonly sales of digital “tokens” that can represent new cryptocurrencies, rights to products or services, or ownership rights to assets—and can span the spectrum from gold reserves to Lithuanian dating services. Investors buy into ICOs using bitcoin or ether, two forms of cryptocurrency. ICOs combine aspects of product pre-sales, crowdfunding, and often speculative investment, meaning they could simultaneously fall under many different areas of regulation.

ICOs are a recent phenomenon, with the first highly publicized example being The DAO, a decentralized autonomous organization that aimed to start in May of last year. The DAO was meant to disburse funds into a new type of investment vehicle, but hackers managed to run off with the original investor’s funds, denominated in ether.[1] This kind of highly publicized activity inevitably attracts the attention of financial regulators.

On September 4, the People’s Bank of China (PBC) and other Chinese regulators called ICOs “suspect of illegal financing activity” that caused “severe disruption of financial order” and ordered them to stop, effective immediately. Those who completed ICOs were ordered to return the original funds to investors. That same notice signaled a hard line on “token exchanges,” forbidding them to engage in exchange activities between cryptocurrencies and tokens as well as between fiat currencies and tokens (regulator statements in Chinese and English). While cryptocurrencies like bitcoin are by definition “tokens” as well, the PBC’s wording implies it sees these established versions as separate from those issued in new ICOs. Violators would see their apps delisted and their websites vanish.

On September 8, Caixin reported that the government was preparing yet another measure: to shut down cryptocurrency exchanges in mainland China. Bloomberg reported that this would still leave over-the-counter (OTC) transactions possible, but some OTC brokers have already started suspending their activity because of pressure from Chinese authorities[2]

Financial Risk Is a Top Agenda Item in China

To understand why Chinese regulators are taking such swift action, one should first look to see what their boss is saying. Chinese President Xi Jinping has clearly signaled an increasingly resolute tone to clamp down on financial risk at three recent major meetings: the December 2016 Central Economic Work Conference, the April 2017 Politburo study session, and the National Financial Work Conference in July. Xi took an unusual step in speaking at the National Financial Work Conference, a meeting held once every five years that sets the tone for the coming financial reform agenda. Its highest-ranked attendee is usually the premier, but Xi’s direct words dominated the official statement (link in Chinese). He pushed for finance to better serve the real economy, deleveraging, and myriad measures to improve oversight of financial risks. The day after the meeting, the PBC and the China Banking Regulatory Commission (CBRC) gathered to study its “spirit,” and it is in this “spirit” that the crackdown on exchanges has emerged.

Regulators are not only targeting financial activities involving cryptocurrencies. The CBRC has come out this year with a flurry of measures designed to rein in the peer-to-peer lending market, bank lending to nonbank financial institutions, and trusts. The clampdown thus fits into a broader set of efforts to lessen financial market risks perceived by Chinese policymakers. China’s leaders tend to emphasize stability among its top objectives, especially before consequential meetings like the upcoming 19th Party Congress in October, at which Xi hopes to further increase his power.

What’s different about the September measures?

The ban on ICOs and shuttering of exchanges are much harsher measures than authorities have tended to take with new technology-driven financial products. These actions were also taken more quickly and in a more coordinated fashion than usual. Online peer-to-peer lending platforms (P2P) emerged around 2007 and took off in 2013, with around $70 billion in outstanding loans at that time. It took until July 2015, eight years into P2P’s meteoric rise, for the Chinese government to finally decide who should be responsible for regulating these platforms.[3] It took six years after Alipay, China’s most popular online payments service, launched in 2004 before official regulatory measures emerged. The pattern from these earlier examples is a “wait and see” approach to regulating financial products that incorporate new technologies, relying mostly on unofficial guidance and observation for years until the regulators can evaluate and decide on an appropriate approach (and jurisdiction).

China’s Internet Finance Association reported that ICOs in the first half of 2017 only involved about 105,000 investors and $400 million (RMB 2.6 billion), relatively small numbers by Chinese finance standards and only around a third of the over $1 billion raised this year by ICOs. The recent move thus represents a much faster response time than the many years it took with P2P and electronic payments.

Regulation of bitcoin is not new to China. In 2013, the PBC cracked down on the use of bitcoin for payments and the currency's potential evasion of regulations, but these actions were aimed only at bitcoin and were clearly meant to maintain PBC control over monetary policy and stability. Those rules explicitly stated that “regular people are free to participate [in bitcoin trading], with the premise that they are themselves responsible for the risk.” The PBC also met directly with bitcoin exchanges this February to issue warnings about regulatory compliance, after which some exchanges temporarily halted withdrawals. These warnings referred specifically to bitcoin, but the September measures referred to ICO exchanges, tokens, and “virtual currency.”[4] The official statement banning ICOs came jointly from seven different regulators, including three that are not traditionally involved in financial rulemaking.[5] The coordinated and immediate action of these Chinese agencies, without deciding on jurisdiction, suggests that potential underlying regulatory issues extend beyond payments.

What effect will China's new regulations have?

Perhaps the greatest source of uncertainty is the scope of the ICO ban. The PBC’s language defines ICOs in a way that appears to separate “tokens” from “virtual-” or cryptocurrencies like bitcoin and ether. However, the initial release of the technology underlying ether appears to fit the ICO definition given in the PBC-led ban (though ether was not called an “ICO” when first issued), and would thus have to undo its 2015 launch to comply with the rules.[6] For now, authorities appear to view ether and bitcoin differently, but if this changes, it could have enormous ramifications in the cryptocurrency world.

Another elephant in the room with this regulation is that China is the dominant source of cryptocurrency mining operations, which are usually compensated in the mined cryptocurrency.[7] ICOs were thus a way for miners to diversify away from the renminbi and the cryptocurrencies they earn, as capital controls make conversion into US dollars difficult. The first Chinese exchange to report suspending its cryptocurrency trading operations in the wake of the ban announced that its mining operations would remain online, a sign that authorities want to preserve miners’ ability to profit off the rest of the world’s bitcoin transactions while keeping less sophisticated retail investors out of the market.

The strict and swift Chinese measures form a stark contrast with the cautious response from regulators in other countries. The United Kingdom’s Financial Conduct Authority, regarded as one of the most innovative regulators for financial technology, belatedly came out on September 12 to warn investors that ICOs are “high-risk, speculative investments” but avoided claiming overall jurisdiction, saying “most ICOs are not regulated by the FCA.” In the United States, the Securities and Exchange Commission (SEC) noted in an investor bulletin that tokens purchased through ICOs “may be securities” but only then would fall under their jurisdiction.[8]

Chinese regulators have dealt with the fallout from thousands of P2P platform failures and multibillion dollar Ponzi schemes, so they appear to have taken away the lesson that earlier intervention is needed to avoid the mammoth cleanup required to deal with the eventual frauds. Authorities must perform a difficult balancing act to protect investors (especially retail investors) while ensuring that rules do not get too strict and convoluted to choke off innovative financial services. The experience over the past few years dealing with the online finance sector and the structures, like the National Internet Finance Association of China, that create an interface between government and the regulated industry, may have given them more confidence in their ability to regulate the sector and thus to take quick action. Also, unlike in the Alipay and P2P cases, ICOs and cryptocurrencies are at least in part aiming to form a new medium of exchange that competes with the renminbi and the PBC’s own digital currency efforts.

We are only beginning to tap the potential benefits of new technologies like the blockchain and smart contracts, and ICOs are likely to contribute to the challenge of financing risky new products and services. They also enable investors from around the world to connect and could therefore provide a way for Chinese to invest abroad. Both regulators and cryptocurrency enthusiasts should want to keep frauds out and hold them to account. Otherwise they risk prematurely tarnishing the reputation of ICOs, as Ponzi schemes and platforms “running off” with client money, as has happened in the P2P space. The ICO ban is therefore a helpful step to avoid excessive hype, but it should be temporary. What appears to be a suspension of exchanges should also be temporary and used as a time to ensure compliance with existing anti–money laundering and "know your customer" rules and to set up a licensing regime to provide them a legal basis. Regulators and the cryptocurrency community need to keep an open dialogue to ensure the next set of rules balance the goals of innovation, investor protection, and financial stability effectively.

1 Investors got their funds back in the end, through a complex process beyond the scope of this post.

2 In the bitcoin context, an OTC transaction generally involves large volume trades that a broker arranges to avoid changes in price that result from a large purchase or sale all at once at an exchange. These thus occur off the exchanges and would show up in the blockchain network only as a transfer of bitcoins from seller to buyer, with no pricing information provided.

6 The PBC notice defines an ICO as issuing tokens to collect bitcoin (BTC), ether, or other virtual currencies. Ethereum was “released in a currency sale at the price of 1000-2000 ether per BTC” according to its white paper and thus appears to fit the definition of an ICO. Bitcoin, on the other hand, appears not to fit the definition, as all spendable bitcoin was generated through mining, rather than a one-off sale of bitcoin.

7 “Mining” for bitcoin involves computers rather than shovels. Miners try to solve a cryptographic puzzle, and the first to solve it can create the next “block” of transactions that is added onto the chain. In return, the creator of the block earns transaction fees and new bitcoin that are created with each block.

8 The SEC determined that the DAO was a securities issuance.