The expansion of state power over the Chinese economy and political system under President Xi Jinping since he came to power in 2012 can be measured in many ways. One of the most striking is the dramatic shift of bank credit away from the private sector in favor of state-owned firms, at least through 2016 (figure 1). This tilt squeezed out the more productive private sector, contributing to the ongoing slowdown in China’s growth. 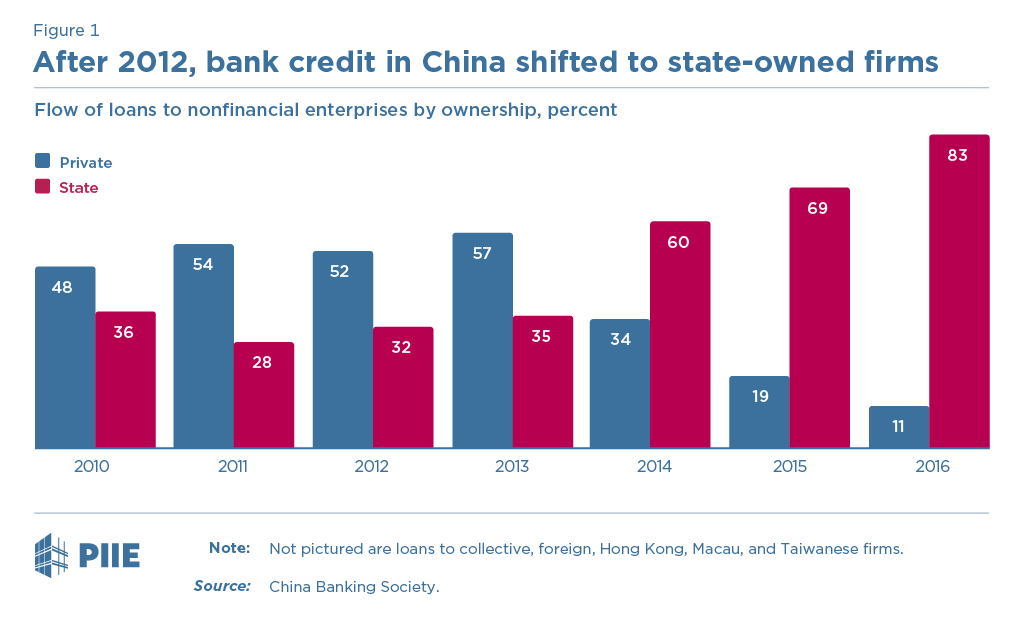 Unfortunately, the People’s Bank of China has discontinued publishing the data that would demonstrate whether the policy of redirecting credit to state firms persists or has been modified.  Other government agencies have also recently stopped publishing a variety of statistical series that have long been useful in analyzing the Chinese economy.[1] Whether this data suppression is because the authorities wish to hide information on sensitive economic developments or something else is not clear.

Absent such central bank data after 2016, an alternative is to look at the growth of assets of state-owned nonfinancial firms. China’s State Council just released data for 2018, revealing that the assets of these firms at year-end stood at RMB210.4 trillion, equivalent to more than 230 percent of China’s GDP.[2] Figure 2 shows the growth of state assets since 2008. Sure enough, the growth of assets of state firms was relatively modest through 2012, when most bank credit was flowing to private firms. Since then, however, the tide has turned in favor of state firms. 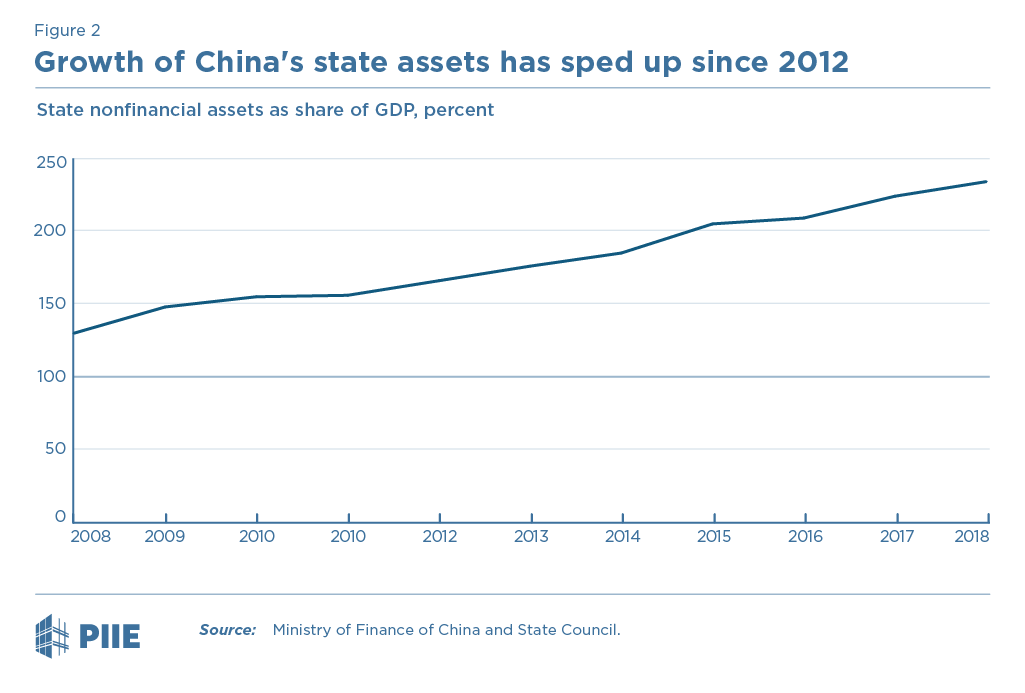 Between 2012 and 2018, assets of state companies grew at more than 15 percent annually, well over twice the pace of expansion of China’s GDP and double the pace of growth of gross domestic capital formation.[3] For most of this period the return on assets of state companies was declining, so retained earnings to finance additional investment were weak. State firms, at least through 2018, have continued to enjoy preferred access to bank loans as well as to the domestic corporate bond market. Indeed, the growth of liabilities of state companies matched the growth of assets so that the ratio of liabilities to assets in 2018 was relatively high at 0.64, the same as in 2012.

2 The RMB210.4 trillion excludes assets of state financial firms, such as banks and insurance companies, as well as assets of state-run institutions such as schools, hospitals, and other administrative units.