Retail Sales Numbers Are Not a Reliable Indicator for Consumption Expenditure

The service share of consumption expenditures by urban households doubled from 20 to 40 percent between 1995 and 2013 (figure 1). The underlying data come from the urban household survey that the National Bureau of Statistics (NBS) has conducted for many years. 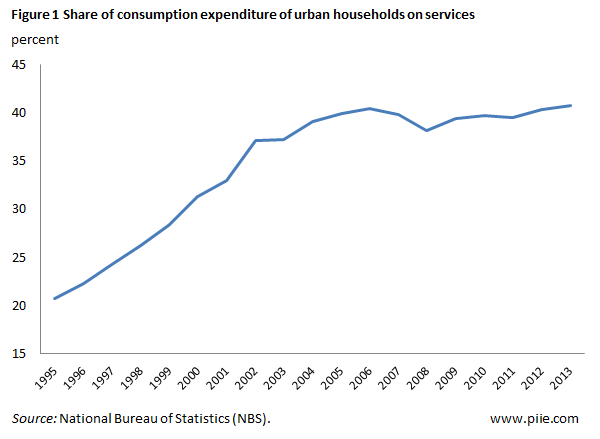 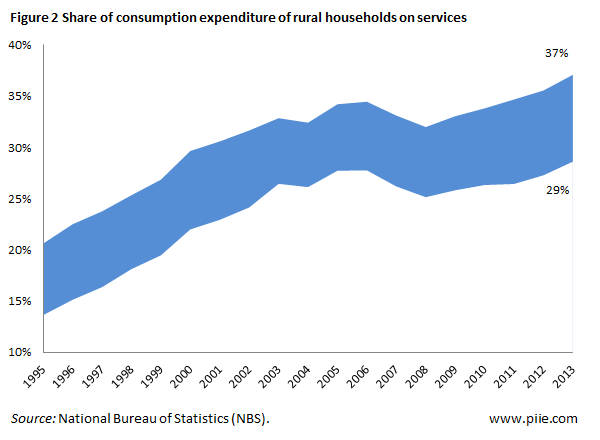 1. Consumption in kind is relatively important in rural household expenditures, accounting for about 8 percent of total consumption outlays in 2012. Food accounts for almost all of the difference. Thus an analysis of rural consumption based on cash outlays would show a somewhat higher share for services.