This month China's State Council announced the price of transporting freight by rail will no longer be directly set by the government. Removing government controls on freight rates will improve the profitability of China Railway Corporation - a new company recently created to take over the operation of China's railways from the former Ministry of Rail. Higher, market determined freight rates, will also support the rebalancing of the economy by reducing implicit subsidies to the industrial sector. 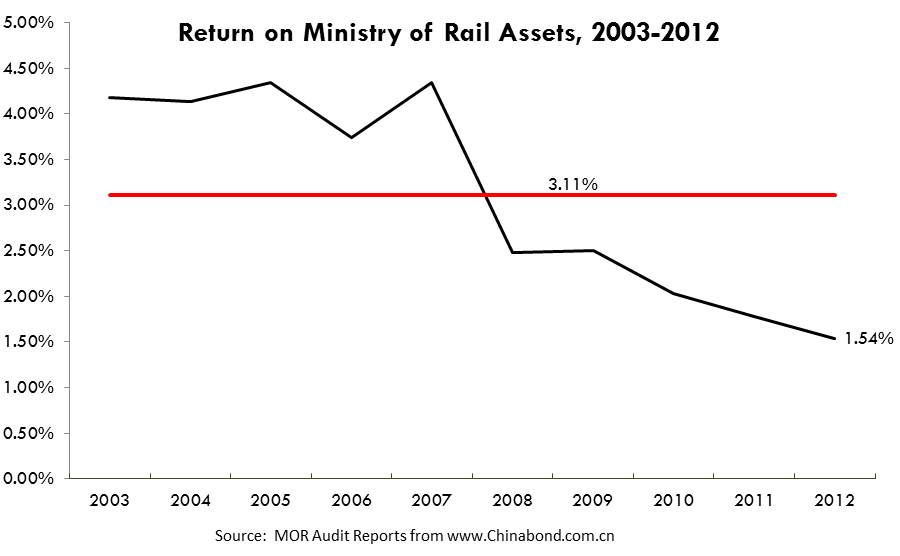 They also perpetuate a debt financing model that drains financial resources that could otherwise go to more profitable opportunities. In recent years the Ministry of Rail fell into a cycle of debt accumulation as profitability declined. The Ministry of Rail does not generate enough gross profits to cover debt servicing costs and depends on new borrowing to cover investment and debt servicing costs. As a result the leverage of the Ministry of Rail has soared. In 2012, the long term debt was 31 percent greater than the equity of the Ministry of Rail, making the firm vulnerable to any shocks to cash flow. If the railway system were capable of generating higher revenues, it could more rapidly amortize existing debt, freeing up capital to allocate to other sectors. 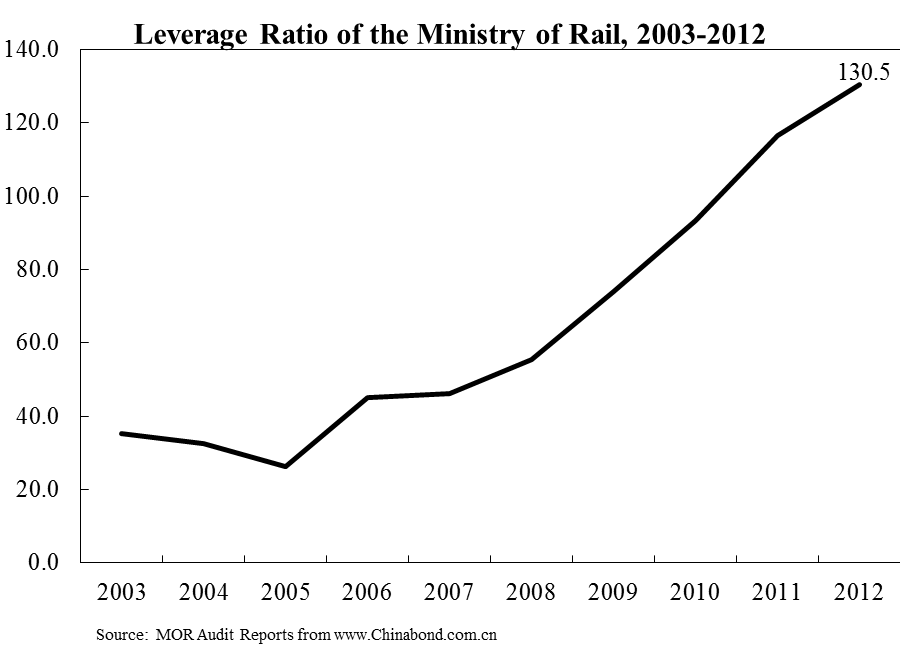 Freight prices should be raised substantially from present levels.  At a minimum in order to slowdown the growing leverage of the China Railway Corporation (formerly the Ministry of Rail), rates should at least be able to generate enough revenue to cover debt servicing costs. In February, the NDRC increased average freight rates by 13 percent to an average rate of 13.01 cents per ton kilometer. The increase was only enough to cover debt servicing costs in 2012, it will still be too low to meet debt servicing costs this year. Considering the fact that freight volumes declined last year, China Railway Corporation will still need at least another 20 percent increase meet debt servicing costs this year. However, this would not be enough to reduce implicit subsidies to the industrial sector.

From an economic perspective freight rates should be high enough so that China Railway Corporation can generate adequate returns on assets thus reducing (or ideally eliminating) the large current subsidy to freight users – mostly thermal power plants and steel producers. In 2012, the Ministry of Rail’s returns on assets were only 1.5 percent. This is a small fraction of the cost of capital in China. 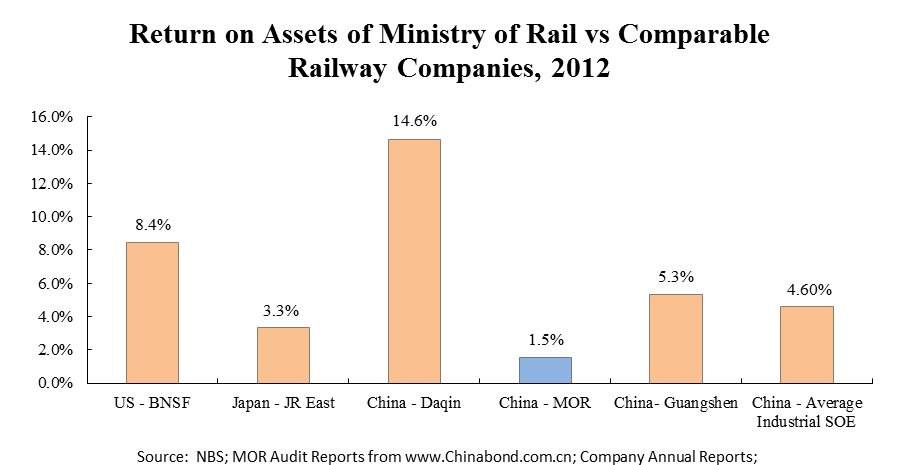 China Railway Corporation should have a return on assets closer to 4-5 percent to be in line with international and domestic peers in the railway sector and the industrial sector.  Returns would be somewhere in between passenger and freight rail companies due to the dual mandate of China Railway Corporation. Daqin Railway Corporation, a joint ownership operation between the Ministry of Rail and outside investors, runs freight along some coal corridors in north China at preferential rates relative to other railway lines. In 2012, it had a return on assets of 14.6 percent. Guangshen is a listed subsidiary of Guangzhou Railway Company running mostly passengers between Guangzhou and Shenzhen. In 2012, it had a return on assets of 5.3 percent. Similar, the US rail freight company, BNSF, had returns of 8.4 percent, higher than the returns of Japan’s passenger rail company, JR East of 3.3 percent.

In order to reach a return on assets closer to the average for industrial state-owned enterprises, average freight rates would need to increase by another 38 percent on top of the February increase. A change of this magnitude is unlikely.

Policy makers must balance the longer term benefits of a more efficient railway sector with the short term pain higher logistics costs will impose on the industrial sector. There are also geopolitical concerns. For example, a higher logistics costs will lead industrial producers to substitute cheaper imports for domestic raw materials. This is why the latest policy commitment only moved railway prices from a “government-set” scheme to a “government-guided” scheme, meaning prices will only be allowed to fluctuate around a pricing benchmark set by the NDRC.