A key component of China’s SOE reform strategy—mergers of the largest firms in the same industry—seems very unlikely to improve the efficiency of bloated state-owned enterprises.  Instead, the government should increase competition by allowing the entry of private firms into sectors where a handful of state firms exercise market power and it should subject money-losing state owned firms to hard budget constraints.  These policies offer the best prospect for increasing productivity and sustaining China’s economic growth.

These mega mergers may satisfy the ambition of the Chinese Communist Party to have more prominent national champions, but they aren’t likely to improve the efficiency of SOEs.  Most of the firms involved were huge even prior to merging, so presumably they should have already captured any available economies of scale.  Prior to the merger COSCO, for example, was already operating the world’s second largest fleet. On the other hand, these mergers drastically reduce competition in key sectors, undermining the prospect for sustained productivity gains.

The history of mergers undertaken by SASAC over the past decade confirms the merger strategy is ill-founded.  When SASAC was set up at the national level it controlled about 200 of China’s largest non-financial SOEs.  By 2014 mergers within this group of firms had reduced their number to 113.  The average size of these SASAC firms rose dramatically and an increasing number of them (more than 100 this year compared to 10 in 2000) made their way on to the Fortune Global 500 list, in which firms are ranked by revenue.  The economic performance of SASAC firms, as measured by return on assets, however, was never impressive and declined dramatically as more mergers took place.  Indeed, as shown in the figure below, the returns of SASAC firms are mediocre, actually well below the cost of capital in recent years.  More mega mergers are likely to slow rather than enhance China’s economic growth. 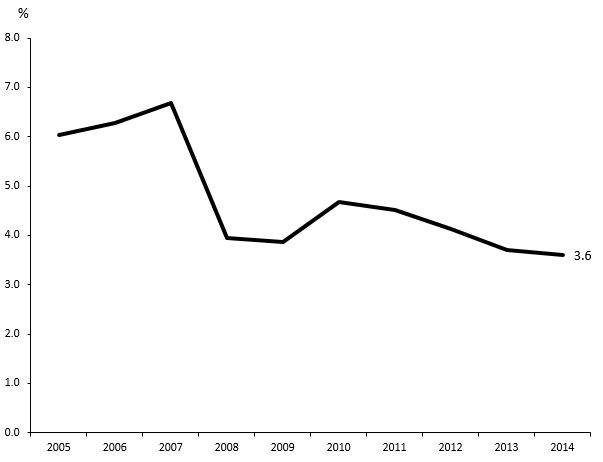 Dear Dr. Lardy, in view of the problem that these companies represent, in Mexico we say a refrain that says that "the remedy is worse than the disease", that is, that the alleged order that the SASAC comes to put, will produce more disadvantages that the problem that such companies suffer.
In an analysis that I have done with data from the World Bank, the ratio of net income to total income results in an index of 6.3%; The return on assets (ROA), is 5%, and surprisingly, the asset turnover averaged from 2000 to 2015 an index of 73.5%, confirming that far from being inefficient, the problem is not low-volume business, but the excesses of senior managers persist in the structure and administrative management of these companies
Best regards.

Who controls the world’s minerals needed for green energy?