With all the relevant economic data out, we can now update our rebalancing indicators for the second quarter of 2014:

The gap between GDP growth and urban disposable income growth expanded in the second quarter of 2014. The gap increased to -0.4 percent versus -0.2 percent in the previous quarter. Given that much of the recent “mini stimulus” has been focused on infrastructure, it’s unsurprising that the uptick in GDP was not matched with an uptick in household incomes. This indicator remains neutral, but it will be downgraded if gap continues to widen. 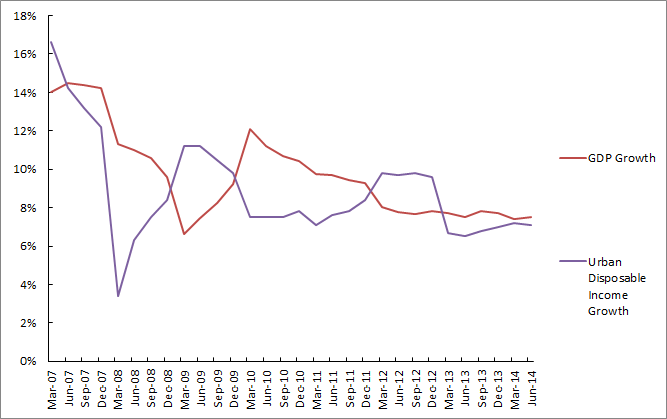 The real rate on deposits increased slightly in the second quarter of 2014, from 0.6 percent to 0.7 percent. As in previous quarters, the persistence of positive real rates is driven by low inflation rather than an increase in nominal rates. Inflation in June was 2.3 percent, down from 2.4 percent in March. This indicator remains slightly positive, but remains vulnerable to any increase in inflation. 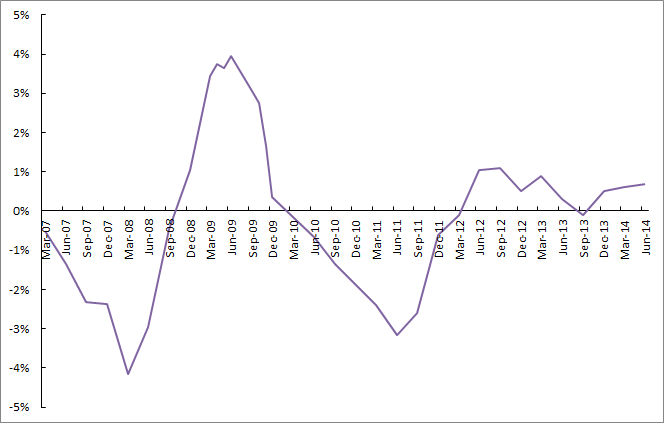 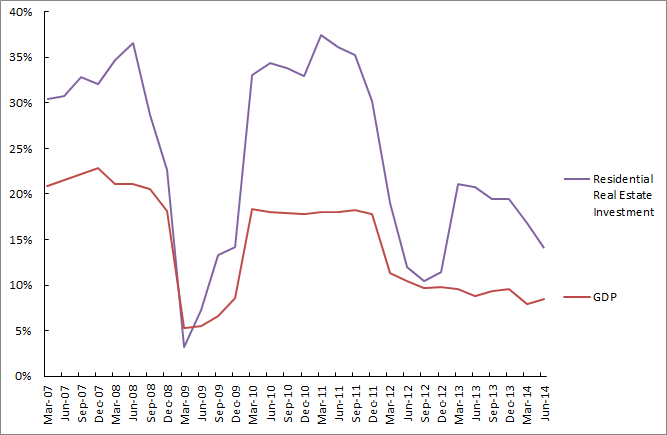 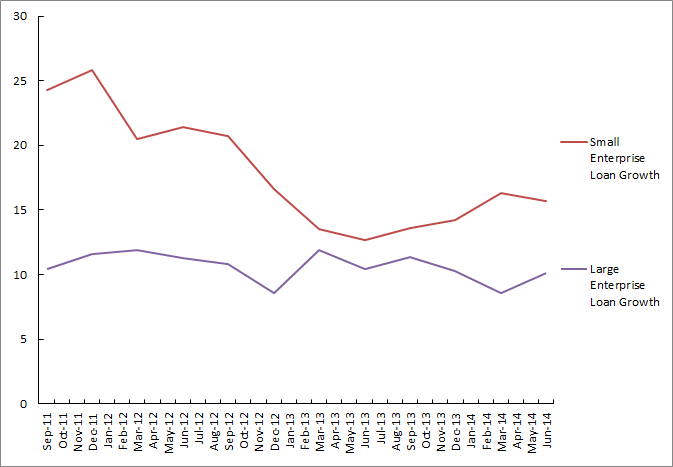 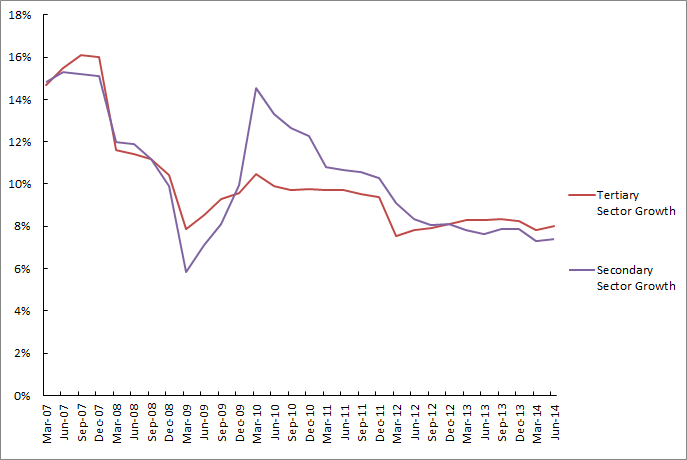 Overall: The prospects for economic rebalancing in China remained slightly positive in the second quarter of 2014, although some of the trends look worse than the first quarter. Disposable income growth slowed despite a strong uptick in GDP growth. Real interest rates remained in positive territory largely due to subdued levels of inflation. The growth of loans to small enterprises slowed modestly, while loans to large enterprises increased. The tertiary sector recovered slightly from the drop seen last quarter and expanded its lead relative to the secondary sector. Real estate investment growth repeated the sharp drop seen in the previous quarter. The slowdown in real estate means that the market may be settling into a more sustainable growth rate. However, a rash of government policies aimed at arresting the decline may reverse this trend. 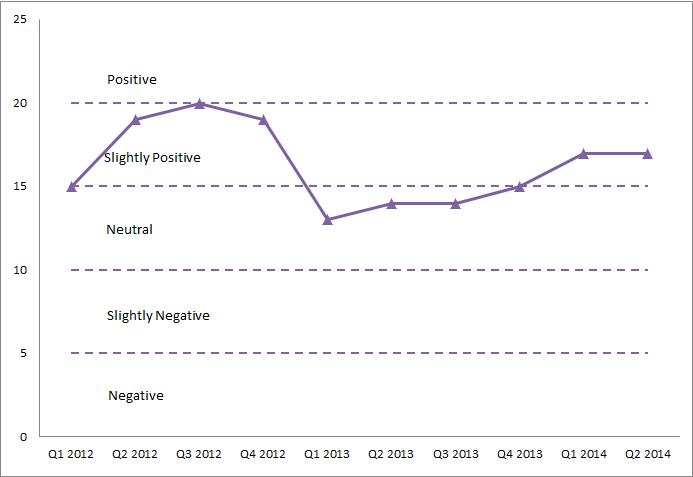