With all the relevant economic data now out, we can now update our rebalancing indicators for the first quarter of 2014:

The gap between GDP growth and urban disposable income growth narrowed in the first quarter of 2014. The gap declined to -0.2 percent versus 0.7 percent in the previous quarter. The relatively strong performance of disposable income growth is all the more impressive given the slowdown in GDP growth. The narrowing of this gap means that this indicator is now upgraded from slightly negative to neutral. 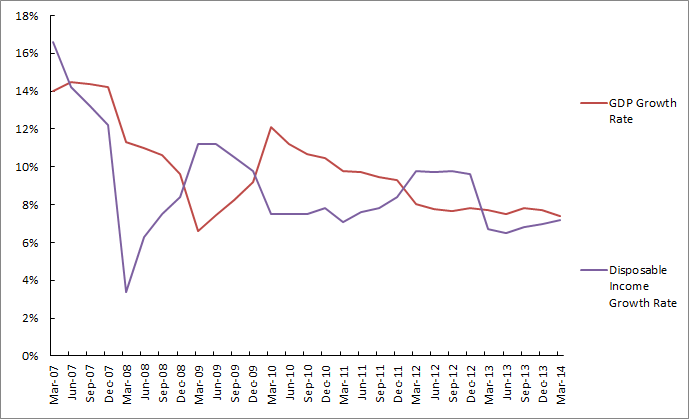 Real interest rates remained in positive territory during the first quarter of 2014. The trend, while positive, is driven by low  inflation rather than an increase in interest rates. Inflation has remained muted, dropping 0.1 percentage points from 2.5 percent in December to 2.4 percent in March. This indicator remains slightly positive, but it is vulnerable to any increase in inflation. 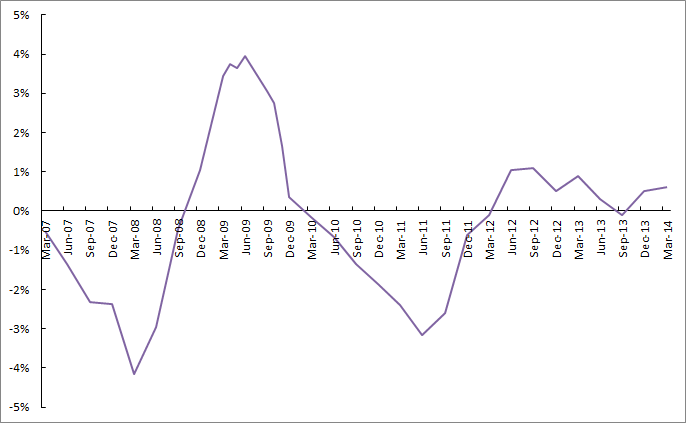 The gap between real estate investment and GDP continued to narrow in the first quarter, dropping by a full percentage point to 8.9 percent. While this represents progress towards rebalancing, the overall gap between is still unsustainably large. The effectiveness of the government’s policy towards the real estate sector is mixed. Efforts to prevent excess leverage among home buyers and developers seem relatively effective but policies aimed at cooling down the sector as a whole are ineffective. This indicator remains negative. 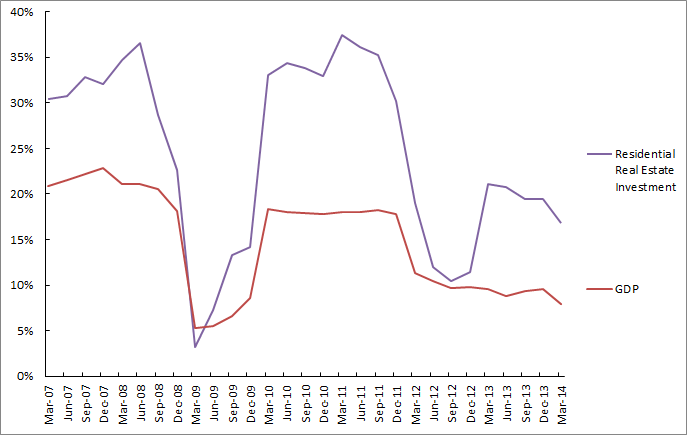 The growth rate of loans to small enterprises accelerated in the first quarter, from 14.2 percent to 16.3 percent. In contrast, the growth rate for large enterprise loans dropped from 10.3 percent to 8.6 percent. As a result, the gap between the two widened significantly to 7.7 percentage points. This indicator is therefore upgraded from slightly positive to positive. 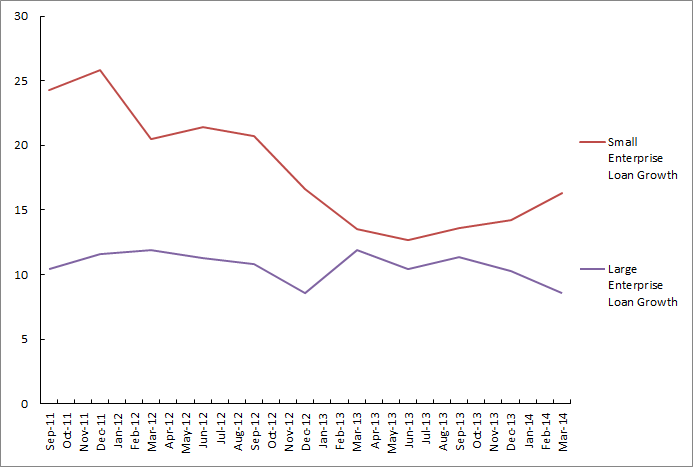 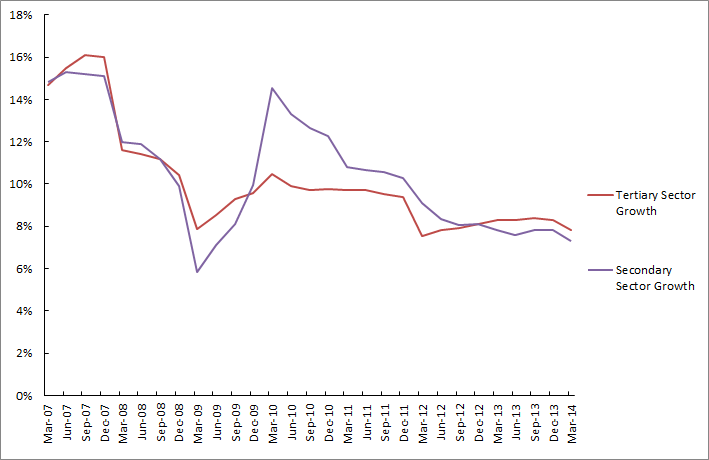 Overall: Despite the somewhat gloomy overall economic data, the prospects for economic rebalancing in China actually improved in the first quarter of 2014. Disposable income grew strongly, narrowing the gap with GDP growth. Real interest rates remained in positive territory. The growth of loans to small enterprises accelerated while loans to large enterprises slowed. The tertiary sector continued to grow faster than the industrial sector. These factors all combined to outweigh the continued drag on rebalancing due to excessive investment in residential real estate. China’s headline growth numbers have seen better days, but this is the most positive outlook we’ve seen for rebalancing since 2012. 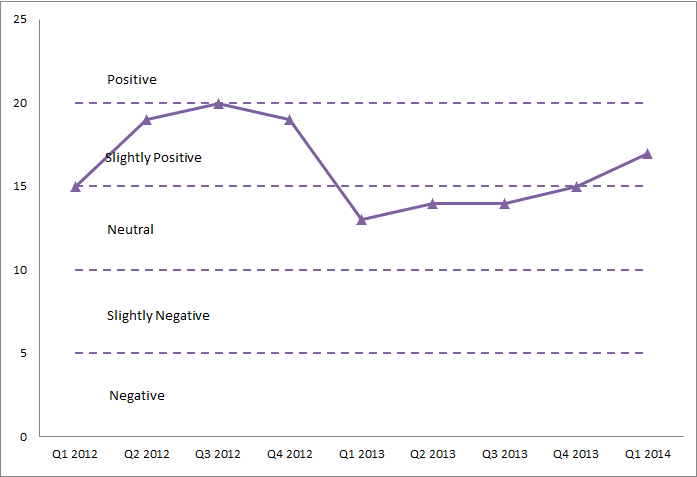