Women's Employment Rates Have Widely Increased But Remained Flat in US, Adjusted for Aging 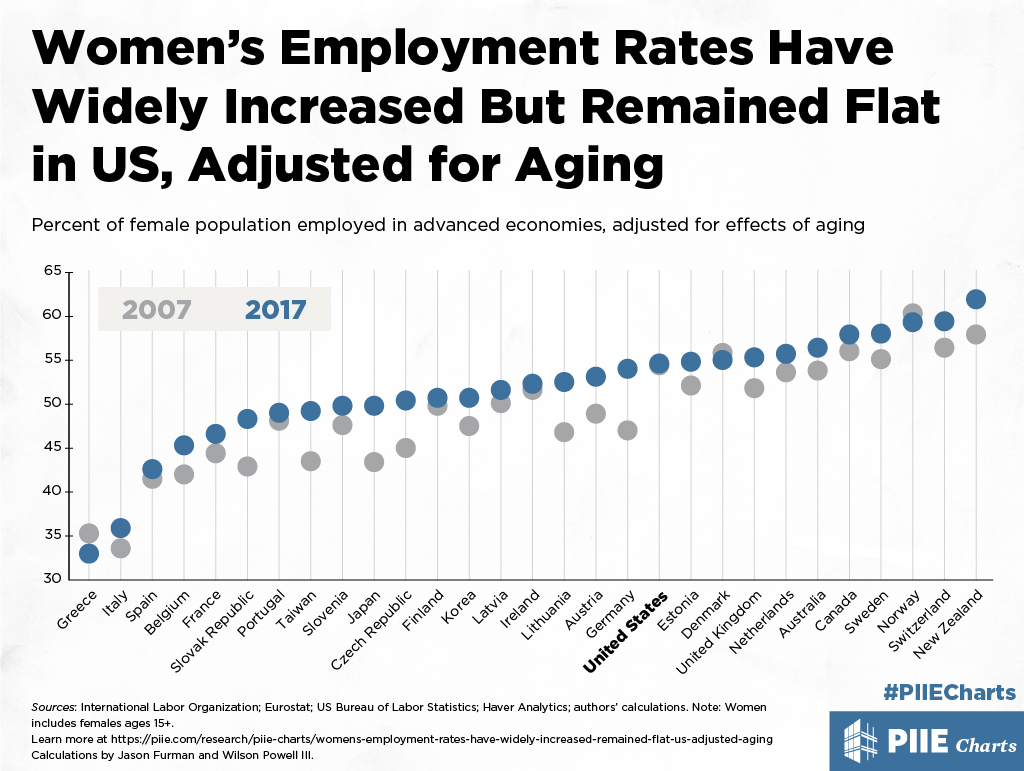 This PIIE Chart is adapted from Jason Furman and Wilson Powel III's blog post, Why Have Employment Rates in the United States Lagged Other Countries?