Of Major Economies, Only the US Faces Sizable Rise in Public Debt Burden 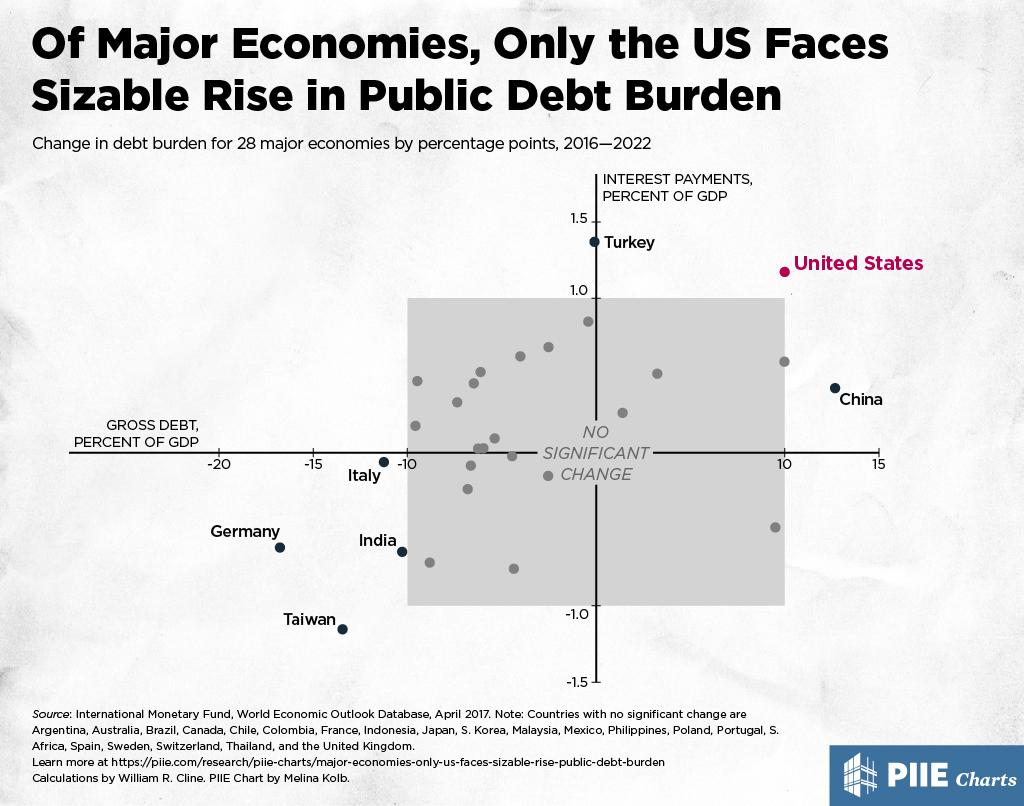 Are major economies threatened by debt crises in the coming years? This PIIE Chart suggests that most should be safe, but that the United States faces the largest prospective increase in the burden of public debt, sitting alone at the unfavorable northeast corner of the chart. The US government is fortified by its strong sovereign debt credit reputation—so long as Congress does not play dangerous games, such as risking a default in a standoff over the debt ceiling or adopting large unfunded tax cuts or spending increases.

The International Monetary Fund projects that relative to GDP, from 2016 to 2022 US gross general government debt will rise by 10 percentage points to reach 117 percent, and interest payments will rise by 1.2 percentage points to reach 3.2 percent of GDP. By contrast, for 21 of the 28 major economies considered, the debt-to-GDP ratio will change by less than 10 percentage points, and the interest burden will change by less than 1 percentage point. The rise in the debt-to-GDP ratio in China exceeds the increase for the United States but starts from a low base. Its ratio therefore reaches only 59 percent in 2022. Turkey faces a sizable rise in its interest burden but no rise in the debt ratio. Germany, India, Italy, and Taiwan should see large improvements, although Italy starts from a high base on both measures.

The data underlying this PIIE Chart are available for download.