Global exports to China have been rising

Last week, we listed G-20 economies and their trade exposure to the Chinese economy. Today, we show how much exports to China have increased in selected regions. Globally, nearly 9% of all exports now flow to China (compared to 6.1% in 2007). Africa and APEC countries are the most closely linked with China, but the connection with the Chinese economy has been increasing in most countries: in 145 out 179 countries with available data, the share of exports directed to China has risen since 2007. In several regions (Europe, Middle East, Africa), trade exposure to China has approximately doubled between 2007 and 2013. 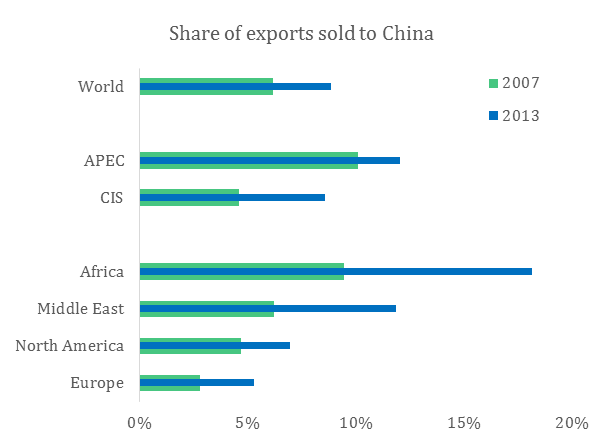