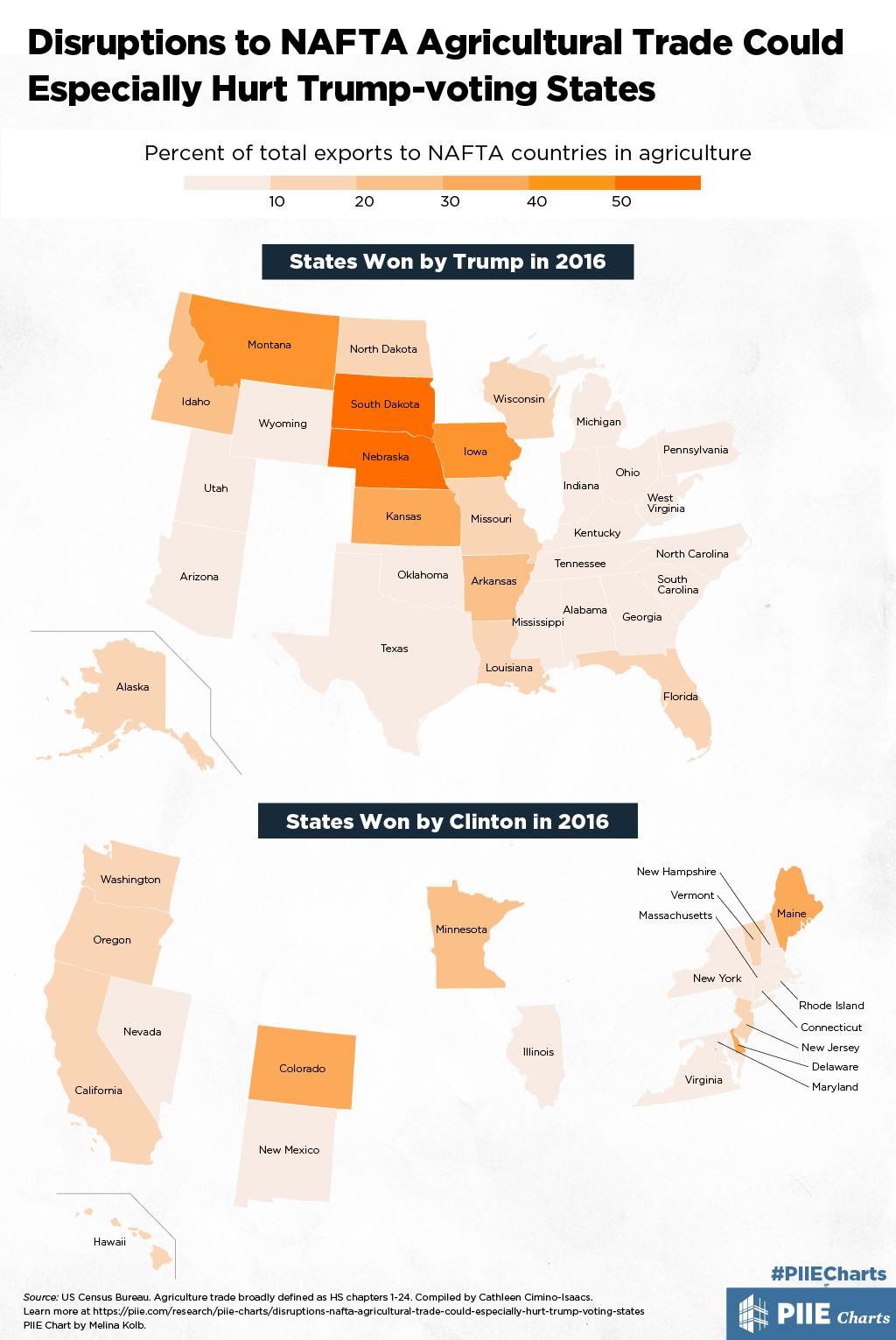 The Trump administration’s plan to renegotiate NAFTA could disproportionately harm states that voted for Trump in 2016 if agricultural exports are hampered. The maps above show the states with economies most reliant on agriculture exports to NAFTA countries, including Nebraska, South Dakota, Iowa, Montana, and Kansas. Maine, which voted for Clinton, also gains greatly. Farm exports to Mexico and Canada have grown at a faster rate than exports to the rest of the world since NAFTA was enacted.